Eurythmics are two: Dave Stewart and Annie Lennox. They wrote all Eurythmic songs together, and Dave produced every one. As the world knows well, they created an expansive songbook of great songs, many of which became major hits, such as “Would I Lie To You,” “Here Comes The Rain Again,” “Missionary Man,” “There Must Be An Angel” and many others.

But no song ever became more immensely ubiquitous, beloved, covered and iconic than their first real song as a duo, “Sweet Dreams (Are Made Of This).” It has been covered on records 182 different times, and that includes only official releases.

Its monumental popularity is ironic given the first response it received from the industry. In one of the great examples of those in charge not hearing something the entire world would soon love, Dave played it for some “famous publishers,” and they didn’t like it. As he explains in the following, they didn’t think it had a chorus. When, as Dave explained, the entire song is the hook!

As the rest of the world was soon to realize.  It’s one of those songs and records in which every element fits together in a simple but intricate system: lyric, melody, chords, arrangement, production, sonic effects, song structure, lead vocal, drum pattern, harmonies, and more, all worked together like the inside of a remarkable clock.

It weds the best talents of both Dave and Annie, as did all their songs. Like Lennon and McCartney, each sparked off the other with great openness. Always there were her luminous lead vocals and harmonies, brilliant and brave lyrical and melodic ideas, and always Dave’s great musicality – ingenious productions, as creative, unorthodox and compelling as the songs themselves.  And his guitar playing – lead and rhythm – which Bob Dylan called “fearless.”

I first interviewed Dave for this magazine in 2006, and many times afterwards, and contributed to his autobiography Sweet Dreams Are Made of This: A Life in Music. This song, and its creation, was momentous in his life and Annie’s for many reasons. What began as an experiment of sorts – of song, sonics, collaboration, identity and love  – led to the perfect formula for great songwriting and hit records.

Not only was the song a number one hit for Eurythmics, it greatly influenced the sound of records at the time. People took notice. It’s why Tom Petty wanted to work with Dave. Together they created “Don’t Come Around Here No More,” with a sound unlike any Heartbreakers record,

It exemplifies the ancient wisdom which is crucial to songwriting: limitations create possibilities. Instead of being hindered by any restriction, one can perceive it as a puzzle to be solved. Back in 1982, making a record at this level in a little home studio was impossible. But not for Dave and Annie, for whom doing the impossible always seemed possible. And fun.

Dave met Annie when she was the waitress at a health food store. Love ensued and they became a couple. Together they joined The Tourists, a band with Peet Coombes. When that band broke up, they did too. But never did they consider breaking up as musical partners. Though it wasn’t calculated, getting the break-up done before even starting the band – as opposed to the Mamas and the Papas/Fleetwood Mac syndrome – was a brilliant career move.

It all began with this song. From interviews we did together for the book, this magazine and a live conversation at The Songwriting School of Los Angeles, here’s the story behind the song of “Sweet Dreams (Are Made of This”) in the words of Dave Stewart.

DAVE STEWART: “Sweet Dreams (Are Made of This)” has followed us around the world and will continue to for the rest of our lives. But if I look back to where the two of us were and how this song came to life, it was nothing sort of a miracle.

Annie and I had been living together for about three or four years before Eurythmics. We had been through so much—from living in a squat for a number of years with absolutely nothing to eventually getting a recording and publishing deal that, in fact, was for a different band completely called The Tourists. The Tourists made three albums and we didn’t write one song together except an instrumental.

We had some success and did hundreds of live performances all over the world. We were in each other’s company 24 hours a day but The Tourists broke up in Bangkok on our way to Australia so we decided, while in New South Wales (in Wagga Wagga of all places, Aborigine for “place of many crows”), to be a duo. Then Annie and I broke up. But when we broke up as a couple for some strange reason it was like we were always going to be together, no matter what. We couldn’t really break that spell. So we just carried on making music.

It was another miracle that allowed a bank loan to go through [described in detail in Dave’s book] and with that money we made the “Sweet Dreams” and the whole album on a TEAC 8-track recorder and mixed it onto a Revox 2-track recorder, all in the attic we rented in a picture framing factory in Camden Town.

Annie was feeling very down at this point in our lives and was curled up one day on the floor of the studio in a kind of fetal position saying, “Oh, nothing works, nothing will ever come of what we’re doing. It’s just no good. I don’t know why we’re here…”

I felt sorry that Annie was feeling down, but I was excited because I started to get a rhythm going on this drum machine we’d found in Bridgeport. It was a weird prototype that we’d heard about, so Adam Williams and I drove 200 miles outside of London, sleeping on somebody’s floor just to get it. This was not like drum machines nowadays; I was completely fascinated and obsessed with recording and experimenting on it.

Because this drum machine was quite complicated to operate, and we were only recording on an 8-track tape recorder, one of the tracks had to be used as the sync. On the first beat, I’d tuned one of the tom-tom drums down so low it sounded like a slave drum. It was on the first beat of every bar, “Boom, dum dum dum dum. Boom dum dum.” Then I started putting in a high-hat pattern. It sounded really heavy.

The sound of these drums woke Annie up out of her depression. She was like, “What’s that?” and went straight to the keyboard. She started playing this great riff with a string sound on the Kurzweil, and it locked in with my weird drum pattern.

Annie immediately started to get some ideas for lyrics and went down to this little empty room below the studio. Shortly after, she came out with bam: “Sweet dreams are made of this!” Incredible.

To us it was a major breakthrough, but I remember later some quite famous publishers coming to hear it and they didn’t get it at all. They just kept saying, “I don’t understand this song. It doesn’t have a chorus.”

But the thing is, it just goes from beginning to end and the whole song is a chorus, there is not one note that is not a hook.

Now “Sweet Dreams” is everywhere. It has been recorded and performed live by so many singers and rappers that I hear it just about every day, anywhere I go. Sometimes it’s like that, you know? Something that seems to have spontaneously taken a very short piece of time to create becomes the lightning rod that affects the rest of your life. 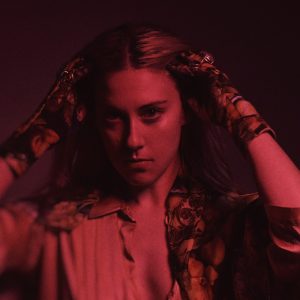 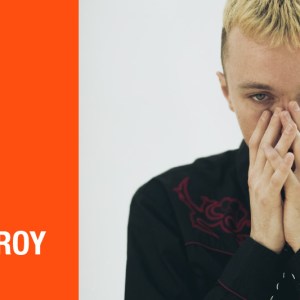