Joan Jett & the Blackhearts’ ever-enduring ode to rock, “I Love Rock ‘n’ Roll” – seductive in its assertive lyrics, muscular guitar riffs, and deliciously sneering sing-ability – hasn’t always been the invincible anthem of female-empowerment we know it as today.

A song that has been on loan time and time again, “I Love Rock ‘n’ Roll” has seen its fair share of re-imaginings, but where did it begin?

Created by British rockers, the Arrows, of swooning “Walk Away Renee” fame, the original “I Love Rock ‘n’ Roll” was the B-side of all B-sides.

The song was written by the Arrows’ lead singer Alan Merrill and guitarist Jake Hooker, who took inspiration from another set of English rockers.

“That was a knee-jerk response to the Rolling Stones’ ‘It’s Only Rock ‘N’ Roll,'” Merrill explained in an interview. “I remember watching it on Top of the Pops. I’d met Mick Jagger socially a few times, and I knew he was hanging around with Prince Rupert Lowenstein and people like that – jet setters. I almost felt like ‘It’s Only Rock and Roll’ was an apology to those jet-set princes and princesses that he was hanging around with – the aristocracy, you know. That was my interpretation as a young man: Okay, I love rock and roll.”

With influence in mind, it was time to write a song. “You have to write a three-chord song with a lick that people remember, and it has to build,” Merrill continued. “So I had the chorus, which to me sounded like a hit. And I thought, ‘I’ll do something really unusual.'”

He explained the idea was that the band would create a song within a song. The chorus would be separate from the verse, playing like it was coming from a jukebox. “And the two kids in the disco who are flirting are hearing this song that’s a hit,” he detailed. “It felt like The Twilight Zone. I was so sure ‘I Love Rock and Roll’ was gonna be a hit for the Arrows that I thought, ‘Well, when we have a hit with it, it’s gonna be a hit within a hit. A fictional hit coming out of the chorus with the kids singing it as their favorite song in the verse of the song.'”

The now-iconic song was released in 1975 as a B-side to the band’s “Broken Down Heart.” Their version features a heftier, more muddied rock sound, hot from a flirtatious fever that unfortunately didn’t spread far.

It wasn’t until the late 1970s that “I Love Rock ‘n’ Roll” found a young Joan Jett. She first heard it while in England on tour with her band, the Runaways, getting a taste of the song on the Arrow’s weekly music television show.

The rest of the girl group didn’t want to lay down a cover of the song, so in 1979, Jett first recorded her version with Steve Jones and Paul Cook from the Sex Pistols, exiling the track to the same B-sides fate until 1981 when she cut “I Love Rock ‘n’ Roll” with the Blackhearts. Her version with the Blackhearts quickly became a chart-topper, residing in the Hot 100’s No. 1 spot for seven weeks.

Jett’s version saw a lyrical shift from the original in which the Arrows narrate the typical story of a guy wooing a girl and taking her home. In a 180-degree take, Jett is the one in hot pursuit of the guy. I saw him dancing there by the record machine / I knew he must have been about seventeen / The beat was going strong / Playing my favorite song / And I could tell it wouldn’t be long till he was with me, yeah me, a tough, confident, and sexually free Jett snarls against a crisp, but guttural rock arrangement.

The song became an anthem of female empowerment and Jett became an inspiration to so many to come.

Jett made her cover even more cover-able and “I Love Rock ‘n’ Roll” has been undertaken by many a musician, like Britney Spears, L.A. Guns, and most recently Miley Cyrus with the help of Dolly Parton. But no covers have stuck quite like … the parodies.

Like Jett herself, “I Love Rocky Road” by “Weird Al” Yankovic, “I Love Sausage Rolls” by LadBaby, and the Apologetix’s “I Love Apostle Paul” have all put a twist on the tune. 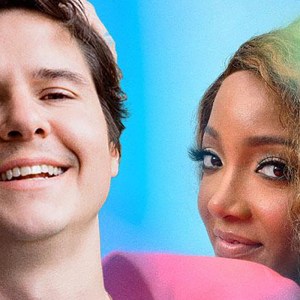 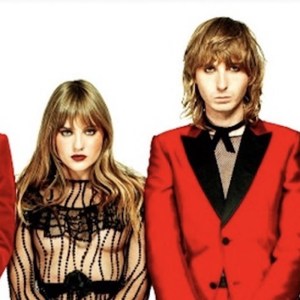