Luke Bryan is known for his party songs and lyrics that raise a glass to beers, trucks and all things country. But cutting through the country tropes is “Do I,” a ballad that finds Bryan taking a softer approach as he drops the “bro-country” facade for a heartbroken man who’s relationship may be nearing the end. “Do I” turned Bryan from a rising star to a chart-topping hitmaker in 2009, setting the stage for a wildly successful career. Here, we explore the story behind “Do I.”

While Bryan’s voice leads the song, he had a crew of other famous country names helping to bring the song’s vision to life, with Lady A’s Charles Kelley and Dave Haywood serving as his co-writers while their bandmate, Hillary Scott, provides background vocals. In a 2009 interview with CMT, Bryan stated, “the song is about a couple that doesn’t know if their worlds are jiving with each other, or they don’t know how their relationship’s going.” This sentiment is reflected in the chorus, the singer asking honest questions of his partner:

Do I turn you on at all when I kiss you, baby?
Does the sight of me wantin’ you drive you crazy?
Do I have your love? Am I still enough?
Tell me, don’t I? Or tell me, do I, baby?
Give you everything that you ever wanted?
Would you rather just turn away and leave me lonely?
Do I just need to give up and get on with my life?
Baby, do I?

Prior to “Do I,” Bryan and the Lady A members had been trying to find time to write together when Bryan suggested they all meet at his house in Nashville to see what they could come up with. “I ran the [song] idea by them, and the next thing you know, we’re working on it and knocking it out,” Bryan explains.

He, Kelley and Haywood performed the song together live for the first time during an event in the latter two singers’ native Augusta, Georgia. “Charles and Dave were like, ‘Dude, we’ve got to play it,’ and I couldn’t even hardly remember it,” Bryan recalls.

After a video of their performance surfaced online, fans quickly took to the lovelorn song, prompting the singer to head to the studio to record it. “Do I” was the lead single off his sophomore album, Doin’ My Thing and became his first No. 1 song. It also proved to have cross-genre appeal, peaking at No. 34 on the Billboard Hot 100, marking Bryan’s first top 40 hit. It’s since been certified two times platinum by the RIAA.

The song was also drawn from a true place, Bryan sharing with The Boot that the vulnerable conversation the couple has in the song is similar to a comment his wife, Caroline, made years ago. “Somewhere, somebody’s riding down the road with their wife or their husband listening to this song and they cut it off and they go, ‘are we there?’ My wife’s even done it to me,” Bryan reflects. “And that’s the beauty of the song. When you are blessed to write a great song that touches on people’s emotions, that’s what it’s all about… you want your music to stir people inside.”

Bryan also told The Boot that the collaboration was “in the stars” and that it was a “great experience” writing with the Lady A bandmates.

In celebration of the album’s 10-year anniversary in 2019, Bryan released a black vinyl edition of Doin’ My Thing. 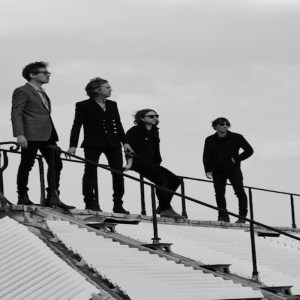 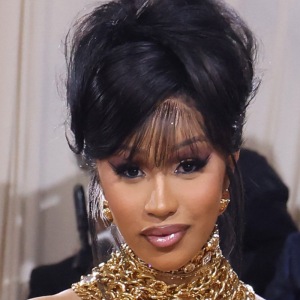