Reminiscent of the classic pop-punk from the late ‘90s and early ‘00s mixed with a uniquely modern take, the song strikes the perfect balance between “throwback chic” and “fresh.” While this has been part of Machine Gun Kelly’s m.o. ever since he first made waves with his 2012 debut, this time around, he had some help from the songwriting duo, Jared Gutstadt and Jeff Peters.

“I have to pinch myself that our first big moment is with a pop-punk song,” Peters told American Songwriter. “That’s what I grew up playing and loving, so it feels serendipitous that it’s coming back into the pop world in this way. Everything lined up so perfectly. Plus, I’m a drummer at heart, so having Travis play drums on it is absolutely insane!”

For as experienced and talented as the duo is, Peters is correct in calling ‘love race’ he and Gutstadt’s first ‘big moment.’ See, prior to this, the two were the songwriting masterminds behind Gutstadt’s company, Jingle Punks, and their specialty was in something a little less glamorous than this: music for sync licensing. Launched in 2008, Jingle Punks provided music for The Voice, Pawn Stars, The Real Housewives of Atlanta, American Pickers and more until it was acquired by Ole Media Management in 2015.

“We’ve been collaborating for years, working on everything from television underscores to ad pitches to songs for artists,” Peters said. “But, ‘love race’ is a song for songs’ sake. I feel like we did the reverse thing that most seasoned songwriters and producers do—we started out with the underscore stuff and parlayed that into writing actual songs. Whereas it feels like most people start out as songwriters and then realize ‘Oh, I can also do this for television and license it.’”

Yet, if you’re an aspiring songwriter or producer at home wondering ‘Hmm, how can I do that?’ Gutstadt explained that his whole career has been unfolding rather miraculously. Even getting the song in Machine Gun Kelly’s hands was an unexpected turn of events.

“Ever since I left JinglePunks, I run this company called Audio Up—we create podcasts for the musically inclined,” Gutstadt began. “We were working on a project called Halloween In Hell starring Machine Gun Kelly, 24kGoldn and more. Machine Gun Kelly came to our studio, the Audio Chateau, when Jeff and I were working on the music for that project. We had finished recording the first song for it with him, so we were showing him the second song we wanted to work on: the first draft of ‘love race.’ Halfway through, he kinda cryptically said ‘Actually, can I take the files with me? I don’t love this one, I don’t know if it’s going to fit into the project.’”

That was in October 2020—just two months later, Gutstadt and Peters got the call. “They said ‘Can you guys sign producer agreements? This is going to be his next single,’” Gutstadt continued. “People always ask ‘What’s the best way to get from point A to point Z in your career?’ This shows the answer: there was never any roadmap, we just tried a bunch of things. After the fact, we were like ‘Shit, we really like that song—we hope something happens with it!’”

And “something” certainly did happen with it—after laying down his vocal parts live in the studio, Machine Gun Kelly took the tracks and got busy fleshing out the song. While most of the bones were already there by the time Peters and Gutstadt showed it to him, bringing in Barker and Quinn added the cherry on top.

“Machine Gun Kelly was quoted somewhere saying that he wrote the song in five minutes—from his perspective, that’s very much true,” Gutstadt said. “Everything he has on the track now, he did in the room. We had already written the hook, but he came in and just launched right into ‘found a silver ring/ put it on her finger.’ All of that stuff came right out.”

The end result is infectiously catchy and a stellar testament to Machine Gun Kelly’s ear for cross-genre potential. While pop-punk hasn’t always been the most respected genre in the game, songs like “love race” are proving that this “revival” is much more than just another passing trend.

“I always believe that if you’re writing or producing a song, it’s not going to come across as truthful unless you’re fully invested in the type of music you’re writing,” Peters explained. For his part, Gutstadt feels similarly, commenting on how exciting this moment is.

“Right now, the guitar is the producer tool of the moment,” he said. “‘Love race’ is this weird, mid-tempo, pop-punk thing, which taps into this resurgence of punk music. I often say that we’re living in a ‘post-Juice WRLD’ universe. All of these kids we’ve worked with—from M.G.K. to 24KGoldn—are inspired by Nirvana, Blink-182 and Green Day. We were like ‘Hell yes, we’ve been waiting for this to come back our whole lives!’”

Machine Gun Kelly’s new song “love race”—co-written with Jared Gutstadt and Jeff Peters—is out now and available everywhere. Watch the visualizer for it below: 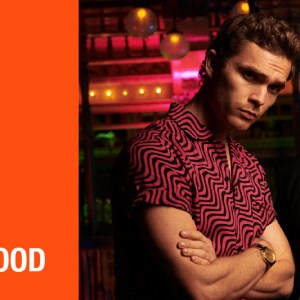 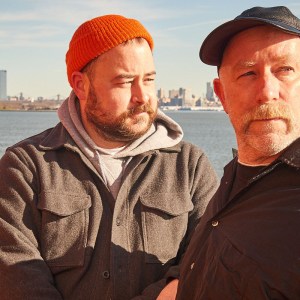