For millions of folks, as soon as they hear the bubbling, boiling cauldron and that iconic opening line, I was working in the lab late one night, it’s Halloween.

“Monster Mash” by Bobby “Boris” Pickett and the Crypt-Kickers is one of those songs that has grown into something much larger than just a single released in 1962—with enduring popularity, it’s become a part of American Halloween culture itself. Year after year, it reemerges in the zeitgeist to take listeners back to the lab party with wolfmen, zombies, Dracula, and of course, “Boris.” Even in 2021, Pickett’s monthly listenership on Spotify still jumps up to over 2 million in October.

But Pickett never would’ve guessed the song would go on to have the legacy it would when he wrote it with his bandmate, Lenny Capizzi, back in 1962. A Korean War veteran struggling to find work as an actor in Los Angeles, Pickett didn’t even really consider himself a musician at all—he only accepted a singing gig in Capizzi’s band, The Cordials, just to have a job. But being a born entertainer, he quickly livened up the performances with his expressive movements and stellar impersonations, as he told Jan Alan Henderson in 1995.

“The Cordials used to do ‘Little Darlin’’ by The Diamonds—in the monologue in the middle of the song, he says ‘Darlin’ I need you, to hold in mine your little hand,’ so I said to Lenny: ‘Let me do this rap as Boris Karloff!’” Pickett explained. “He said, ‘Great idea!’ So we sing the song, and I do Boris Karloff, and the audience would split up.”

Seeing the impact on audiences of Pickett’s Karloff—the actor best known for portraying the instantly-recognizable Frankenstein’s Monster in the 1931 Frankenstein—Capizzi got the idea to write something original around the impersonation. So, one morning, Pickett went over to his house and the two got to work.

“Lenny sat at the piano and started playing this four-chord progression,” Pickett remembered. “He said, ‘What do you think of this riff?’ I said, ‘I don’t know, but maybe we should base something on the monster getting up and doing the latest dance.’ We were just kind of getting into the groove. We just started off with that.”

Much like modern-day TikTok trends, novelty dances were all the rage back in the ‘50s and ‘60s. “At that time, I thought the Twist was the latest dance, but Lenny said, ‘No, it’s the Mashed Potato,’” Pickett continued. “So I said, ‘That’s even better—we can call it the Monster Mashed Potato!’ We shortened it to ‘Monster Mash.’ The song literally wrote itself, and we presented it to Gary Paxton—who proclaimed it a hit—on just a piano with my voice, on an old mono tape recorder.”

At that point, Paxton had already found success in the novelty song game with The Hollywood Argyles’ 1960 hit, “Alley Oop.” Pickett and Paxton first crossed paths after Paxton’s daughter attended a Cordials show and gave the band her father’s card. Going into the studio to track his vocals on “Monster Mash,” Pickett was in awe of the environment.

“It was an amazing time to be cutting records,” he said in ‘95. “The day we cut ‘Monster Mash,’ Herb Alpert was in the same studio cutting ‘Brave Bull,’ and Jimmie Rodgers was recording his hit, ‘Honeycomb,’ at the studio, too. My attitude toward this project was, ‘Yeah, sure it’s a hit—just give me a check and some copies for my friends and family, and I’ll be happy.’ Gary Paxton did all the audio effects, like the straw in a glass of water to get that bubbling lab sound. Gary pulled the rusty nail out of a board to get the coffin creaking sound; he dragged chains across the linoleum floor to get the chain effects. My part of the record was done in a half hour.”

Once tracked, it took a bit of time for the tune to gain momentum—at first, a lot of labels turned in down. Eventually, Paxton decided to take things into his own hands. “He pressed up 500 records on his own label, GARPAX, and drove northward from Los Angeles, stopping in Ventura, Bakersfield, and Fresno counties, handing out copies of ‘Monster Mash’ to D.J.’s,” Pickett said. “The response was overwhelming. By the time Gary got back to Southern California, his phone had been lighting up like a Christmas tree. London Records, which was one of the outfits that had turned him down, called and said they had changed their mind, of course. The records were being ordered on a massive level.”

Still, some radio stations were a little hesitant to play the song on account of how spooky and “morbid” it was considered—the BBC famously banned it until a surge in record sales spurred by a 1973 re-release forced their hand. Regardless, its popularity played out like the lyrics to the song’s chorus—it was a “smash.” Even the real Boris Karloff was a fan.

“One of the London Records promotion men, a guy named George Sherlock, ran into Boris Karloff at Wallach’s Music City as he was buying a copy of the Monster Mash album,” Pickett said. “Karloff told him he loved the record. Karloff later did his version of the ‘Monster Mash’ on Shindig for their Halloween show of 1965.”

For decades following the success of “Monster Mash,” there were spin-offs and other novelty tunes, some even made by Pickett himself. Perhaps most notably, in 1984 he unveiled “Monster Rap,” a rap song in which he reprised his role as Boris to bring Frankenstein’s Monster to life and teach him how to talk via rapping. With the lyric, I’ve given you a voice, now rap for Daddy, and a legitimately really cool synthed-out arrangement, the tune is still genuinely funny and perfect for any Halloween setting (just like its older cousin, “Monster Mash”).

Pickett passed away in 2007 at the age of 69, but his legacy lives on in the countless number of folks who still treasure the fun he brought into the world… and just like them, Pickett himself never tired of the song. When asked in ‘95, his answer was short and sweet: “No. ‘Monster Mash’ has paid my rent for the last 33 years. I have no complaints!” 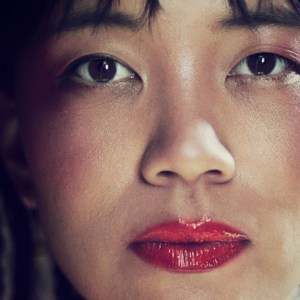