Behind the Song: “Moral of the Story” by Ashe - American Songwriter
Search
Cart 0
Menu

One of the great songs from 2020, Ashe’s expansive debut masterpiece, co produced by Finneas, outlives its origins

With the release of her long-awaited new single, “Till Forever Falls Apart,” created in collaboration with Finneas, it’s a good time to reflect on the origins of the expansively quirky and unforgettable song, “Moral of the Story,” which placed Ashe on the Seriously Great Singer-Songwriter Map forever.

The moral of the story—It’s a concept we learned as kids, after being told some fairy tale that got fairly grim. The inevitable question would come: “So, what is the moral of this story?” It taught us all to look for meaning, even when things go wrong.

And so, with the world going so wrong right now, Ashe’s infectiously compelling anthem, “Moral of the Story,” is the perfect song for now. Uniquely dynamic, the song is conversational and theatrical, sad and funny, romantic and realistic all at the same time. With a poignant vocal that draws you in with the intimacy of a lover confiding in you, it’s an expansively, almost hypnotic song—you hear it once, and immediately want to hear it again. And again.

Now, months since the season of its creation, the song has continued to expand in every direction. It seems to pop up everywhere, and shares a distinction with songs by Elton John, Joni Mitchell and others, which are also infectiously heartfelt, uniquely shaped by the persona of the singer/songwriter, and somewhat musically quirky at first. Yet that quirkiness—which is melodic and rhythmic, and alive in the phrasing and delivery—adds a unique dynamic to the song, which is exactly the thing that makes you want to hear it over and over.

Even before our current crisis, our culture was at war with truth, forever uncertain about what is real and true. Now with so many scared, suffering or already gone, the yearning for meaning is greater than ever. Which might be part of the reason that “Moral of the Story” has so resonated at this moment of time. It’s got the perfect fusion of seriousness and fun. Featured in the Netflix movie To All the Boys: P.S. I Still Love You, it was used not as background music, but out front: The main character, Lara Jean, sings the song directly to the audience, facing the camera.

It clicked. Immediately after the film’s premiere, Ashe and her song were launched into the streaming stratosphere and beyond, as millions sought it out. The initial response was huge, and kept expanding. Even now, more than a year since its release, it continues to amass many millions of streams per day.

Some mistakes get made
That’s alright, that’s okay
You can think that you’re in love
When you’re really just in pain

Some mistakes get made
That’s alright, that’s okay
In the end it’s better for me
That’s the moral of the story, babe

The song’s perspective of finding meaning is also reflected in Ashe’s response to the pandemic, the widespread fear that it’s engendered, and the quarantine. Instead of focusing on the darkness,  she saw this as an opportunity to transcend fear. It’s a time, she said, not to obsess selfishly, but to reach out with human kindness and creativity.

Like so many great songs, this one emerged from the truth of the songwriter’s life.

“Moral” is co-produced by Ashe’s friend, Finneas O’Connell, famous for his production and cowriting with Billie Eilish, his sister. He’s working with Ashe on her upcoming album, which is almost complete.

Ashe spoke to us a few months ago about the real-life origins of “Moral of the Story.”

ASHE: I was dreading the arrival of Valentine’s Day. My marriage was on the verge of collapse. I moved out of my house, filed for divorce, and left for tour. Faced with a broken relationship and no immediate answers to as to why, writing ‘Moral of the Story’ became my way of making sense of it all.

I had a writing session with Casey Smith and Noah Conrad. It was the first time we worked together. I walked in and I said, ‘I just filed for divorce.’ And they said, ‘Okay, then! Let’s write a song about that.’

So on that first day, we got the bones of the song down. It was just piano and vocal.

I got coffee with Finneas a few weeks after that writing session, and we were just catching up. We sat in my car and I showed him ‘Moral of the Story.’ Within five minutes of that car conversation, we decided that he was going to be the executive producer on the EPs I was making. His role was mostly as an overseer. He’d come in and say, ‘I think this lyric could change this here, I think we could add this production element here.’

And then Noah went in and worked on the production a little bit more.

It was much more about creating a cohesive body of work than going in meticulously on each song. It was a little bit different than your typical ‘We’re in a room together writing a song’ kind of thing.

And that day I remember watching [Finneas] work and going, “Wow, you are a genius.” And I told him that this was an opportunity for me right now to really take advantage of this time we have together. And we just became really good friends. So working together has become just like breathing. It’s just so easy.

I’m really happy with how it all came out. I’m excited to write the next thing. I feel like a lot of artists get stuck and they never feel like something is finished. And I feel that, too. But because of Finneas, I felt, “Ah. Yes, this is done.” Which is a very rare feeling as an artist and songwriter.

[The title] came out during the writing. I was just talking through the divorce process. There’s so many different stages of grieving, but I was in the stage of acceptance, going, ‘Okay, that’s the moral of the story.’ And then my friend Casey. Who was in the room, said, ”Moral of the story,’ that is so good.’ And we all wrote it down and started working that into the hook. It just came from talking,  just like we are.

I think everyone is usually looking for the meaning in things. And in this song, I’m saying, ‘Here you are, this is the meaning.’ 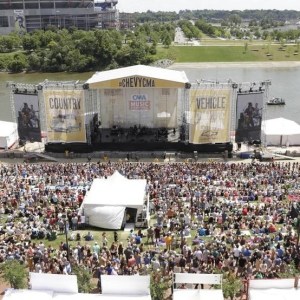 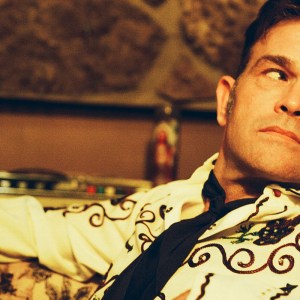