A beautiful, timeless standard written by a real-life nature boy, a hippie before hippies, living underneath the stars and the Hollywood Sign

“The greatest thing you’ll ever learn is just to love and be loved in return.”

From the classic song “Nature Boy” by eden ahbez, it’s one of the most famous and beautiful lyrical couplets in all of popular music, linked in content, concision and melodic grandeur to McCartney’s classic Abbey Road summation, “And in the end the love you take/is equal to the love you make.”

“Nature Boy” is such an enchanting, strange and beautiful song, had ahbez (or Ahbe, as he was known) written only “Nature Boy,” he would deserve inclusion in the annals of popular music. But there is more to Ahbe than this one song.

ahbe used lower case for his name always, and in his honor we will as well. Asked why he made this choice, he said only God and infinity deserved capitalization. He met and married his wife Anna Jacobson in Los Angeles, and they lived in a sleeping bag in Griffith Park. Their son Tatha Om Ahbez, later called Zoma, was born on John Lennon’s eighth birthday, October 9, 1948.

“Nature Boy” is a bonafide standard, in that it’s been recorded by a vast amount and range of music artists. But Nat King Cole was the first to make it famous, and he was the singer that ahbe felt was the best one to bring it to the world. As we’ve come to understand, ahbe wanted the song to be heard. He never intended to make any money from it and did his best not to. As we will explain later.

Released in the Spring of 1948, it became an instant and beloved standard, staying at the top of the charts for eight solid weeks.

It both charmed and stunned radio audiences. In under three minutes, this miracle song unfolded with a melody of Harold Arlen meets Richard Rodgers-like yearning, wed perfectly to a lyric of Johnny Mercer-like perfection. There’s poetry, there’s storytelling, and a poignantly mystic zen acceptance of life and love. Decades before The Beatles would sing about love being all we need, Ahbe wrote it first.

It didn’t hurt that Nat Cole, one of this planet’s most soulful and beloved singers recorded it. The crystalline soul of his vocals, as well as the warm, knowing earnestness of his manner, set the song soaring. It’s one of those perfect marriages of song and singer, and to this day remains a remarkably focused, immaculate performance of great purity and passion. Hauntingly orchestrated with sumptuous strings and flutes arranged and conducted by Frank DeVol, it was recorded in Capitol Records’ legendary basement studio. It’s the same studio where Sinatra recorded live with an orchestra, always in the wee small hours.

Within a short time there were many recordings of it by a vast amount and range of singers, a list which has expanded over the years. Frank Sinatra, John Coltrane and David Bowie all recorded wonderful versions of it, as did Grace Slick, Celine Dion, Nick Cave, Ella Fitzgerald, Miles Davis, Cher, Leonard Nimoy, Tiny Tim, James Brown, Jose Feliciano, Miles Davis, Caetano Veloso, Art Pepper, Aaron Neville and many more. Tony Bennett and Lady Gaga recorded it as a duet.

Cole’s performance was certainly part of the reason it became a standard so rapidly. But it’s also the greatness of the songwriting. It has enchanted people for decades, and is the kind of song that takes songwriters many years, if not a lifetime, to write. So how exactly did this creature of the wilds come down from the hills long enough to create that? Where did it come from? To this day, Ahbe remains mostly mysterious and mythic. The myth being that he came down from the mountains, lived for a long while with his wife under the first L in the Hollywood Sign, delivered his beautiful song to his apostle Nat “King” Cole, and left Nat to bring it to the world as he disappeared back into the mountains forever.

Which is partially true, but not entirely. In fact, he wrote a lot of songs. “Nature Boy” overshadows them, as does his myth, but he was no amateur. Many of his songs were recorded, and some several times. “Nature Boy,” which many felt somehow sprung directly from his heart full-blown, was a song that took serious work. Ahbe played piano, and from what is known, spent weeks perfecting the melody, and matching it to the words. It didn’t come out of nowhere fully formed. It was developed by a serious songwriter.

He actually wrote a lot of songs, many of which were recorded. Nat Cole sang “Land of Love,” as did Doris Day and the Ink Spots, “Hey Jacque” was cut by Eartha Kitt, and “The Jalopy Song” by Frankie Laine. The great Sam Cooke had a hit with “Lonely Island.”

It’s also true that he lived under the first L in that big sign up in the hills, and took on a hippie lifestyle decades before such an existence became mainstream. He looked and lived like Christ  – in long beard, white robes and sandals – and condemned materialism to live on three dollars a day.

His real name was George Aberle. He was born in Brooklyn in 1908 and, his early years are mostly a mystery. His father was Jewish, and he went to a Jewish school for a time. But was adopted then by the McGrew family of Kansas, and he grew up there as George McGrew.

He came to Los Angeles in 1941, and never went back. He landed a gig playing piano at Eutropheon, a health food store run by a German couple who brought the Wandervogel movement with them to America, which subscribed to rejecting the artificial strictures of society to live a natural, vegan lifestyle. In America, the followers of this movement were known as Nature Boys.

He started writing songs and performed them, but never with any professional aspirations. His goals were always primarily spiritual. But when radio DJ Cowboy Jack Patton heard him sing “Nature Boy,” he recognized that ahbez had written a great song, and suggested he get it to Nat “King” Cole.

So ahbe got on his bike, and rode over to the Orpheum Theater in downtown L.A., where Cole was performing. He wasn’t allowed entry, so asked that the song be given to Cole. His
manager intercepted it, and passed it on.

ahbe, unlike every pro songwriter before and since who has tried to pitch a song to an artist, didn’t even bother to list himself as author of the song. He simply wanted to share the song, and its message. He wanted the song in the world. But he had absolutely no desire to let anyone know who wrote it. To him that seemed irrelevant. His name was nowhere to be found.

Cole not only loved the song, he was entranced with it, and began performing it soon thereafter. His crowds loved it, and people began talking about this new song which already seemed timeless – an instant standard. There was one problem, though. Nobody knew who wrote it.

So when Cole wanted to record it, he enlisted some cohorts to play detective and track down its mysterious songwriter. They discovered the song and its message were genuine – ahbez wasn’t cranking out songs in a Hollywood Boulevard office. He was camping out underneath the big sign with his beloved wife, Anna.

Within months it became a major hit – shooting up to Number One on the Hit Parade, where it remained for two solid months during the summer of 1948. From complete obscurity, “Nature Boy” and the actual nature boy who created it became world famous; ahbe and his lifestyle were such compelling copy that in the same month Time, Newsweek and Life magazines all did stories on him.

The song spread like wildfire. Soon there were recordings of it by all the great recording artists of the time – vocalists like Sinatra and Sarah Vaughan were first, followed by jazz versions by Coltrane and Miles Davis.  He wrote other songs for Cole and others to sing, and became close friends with Herb Jeffries, a singing star of many Westerns who was known as the “The Black Singing Cowboy.” They hung out together at Lake Shrine, an ashram near L.A., and in 1954collaborated on an album called The Singing Prophet.

By 1956, ahbez felt his spiritual message could be better conveyed instrumentally, and injected himself into the world of what is now known as exotica a full year before Martin Denny coined the term by releasing an album of that name. ahbez’s exotica combined jazz flute, percussion and Middle Eastern harmonies. But he also continued writing songs, many of which were considered novelty records, such as “Ahbe Casabe,” recorded by Marti Barris. In 1960 he recorded his first and final solo album, Eden’s Island, an ambitious song cycle that paved the way for other song cycles to come, including those by Van Dyke Parks, Brian Wilson and the Beatles.

His last record was a self-released single, “Divine Melody,” in 1971, after which he mostly disappeared. His collaborator and friend Joe Romersa has over 100 songs they wrote together, but the ahbez estate has not granted him permission to release them. They did release one posthumous CD, however, called Echoes from Nature Boy.

For years prior to his death from a car accident in 1995, he had been working on a book and album to be entitled The Scriptures of the Golden Age, most of which has never been published.

That title might have been inspired by his son Tatha, who drowned when he was only 22. Anna, ahbe’s wife, also died young, when she was 37. ahbe lived into his eighties, a songwriting Salinger of sorts who people tried to find and engage, as if he was Bigfoot. One total stranger found him and wanted to film him, and ahbe resisted. But on camera, he said that people think he is dead, but it’s his son who was dead. His son was brilliant, he said. “He told me, `No politics. What you’re writing is scripture.'”

What does remain is that haunting refrain, that precise intersection of timeless melody with poetic words of love and wisdom.  Delivered in with simplicity of passion and grace, the essence of the power of song, is a couplet for ages.

“The greatest thing you’ll ever learn is just to love and be loved in return.” 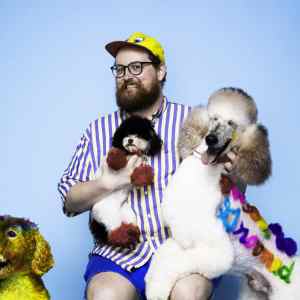 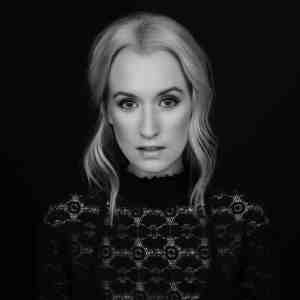