ASCAP has come up with one more episode of their SPR (Summer Performance Festival) and this week the focus is an Emmy-themed edition, featuring Ingrid Michaelson, Siddhartha Khosla and David Dabbon. Each artist is a nominee in the category of the Emmy’s “Outstanding Original Music and Lyrics” category and will perform the nominated song. Videos are available on-demand at www.ascap.com/spf and on ASCAP’s YouTube page.

Michaelson will perform “Build It Up” from the streaming Hulu show Little Fires Everywhere, while Dabbon will share his song “Eat Sh!t, Bob” in a video clip from Last Week Tonight with John Oliver. As composer for the hit NBC show This Is Us, Khosla has his hands full providing dramatic cues and underscores each episode. He is nominated for the song “Memorized,” which was co-written with Dawes’ Taylor Goldsmith.

Born in New York City and raised by her mother, a sculptor, and her father, a classical composer, Ingrid Michaelson has artistry in her DNA. Michaelson’s music is released on the label she founded, Cabin 24 Records, which has sold over one million albums and 10 million singles to date including the platinum “Girls Chase Boys” and “The Way I Am.” In the past three years, Michaelson made her debut on the Broadway stage as Sonya in Natasha, Pierre and The Great Comet of 1812, and on screen in the feature film Humor Me. In early 2019 it was announced that Michaelson will write the music and lyrics for the upcoming Broadway adaptation of the best-selling novel The Notebook. In 2020 she received her first Emmy nomination for “Best Original Music & Lyrics” for her song “Build It Up” from Hulu series Little Fires Everywhere. Beyond stage and screen, she continues to write and release her own music, most recently with Stranger Songs.

Siddhartha Khosla is a two-time Emmy-nominated film and television composer, singer/songwriter and producer of the critically acclaimed band Goldspot. Khosla received Emmy nominations in 2020 for “Outstanding Original Music and Lyrics” for his original song “Memorized” (shared with Dawes’ Taylor Goldsmith) and in 2019 for “Outstanding Music Composition For a Series” for his work on NBC’s Golden Globe and Emmy-winning drama series This Is Us. He has the distinction of being the first South Asian person to be nominated in the Primetime Emmy score and song categories. After playing in a hugely powerful montage to end the episode, “Memorized” skyrocketed to the #1 spot on the Billboard soundtrack song charts and #13 overall. Khosla also co-composed the hit song, “We Can Always Come Back To This” for the show, which ranked #12 overall and #1 in the Billboard Blues charts for four consecutive weeks. His original songs “Invisible Ink” and “We Can Always Come Back To This” also earned Guild of Music Supervisors Award nominations for “Best Song/Recording for Television.” Khosla’s other credits include Marvel’s Runaways, Hulu’s Looking for Alaska, Disney+ series’ Love, Victor, Netflix’s hip-hop-themed feature Beats and more.

David Dabbon is an Emmy and Grammy-nominated composer, arranger and orchestrator. He earned his Emmy nomination for composing the music to the song “Eat Sh!t, Bob!” which aired on HBO’s award-winning Last Week Tonight with John Oliver. On Broadway, Dabbon’s work has been heard as dance arranger for the Tony-nominated musical adaptation of Beetlejuice and the celebrated musical comedy Disaster! He also provided additional orchestrations for the Broadway bio-musical Sondheim on Sondheim (Grammy nomination). Dabbon earned his Master of Music degree in choral conducting from Carnegie Mellon University (under the tutelage of Dr. Robert Page) and a self-defined bachelor of music degree from The Hartt School.

To catch up on the latest ASCAP Presents SPF programming, visit www.ascap.com/spf. 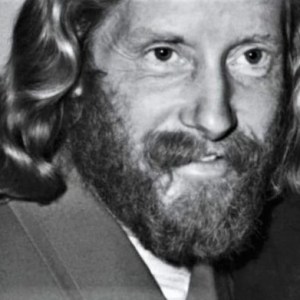 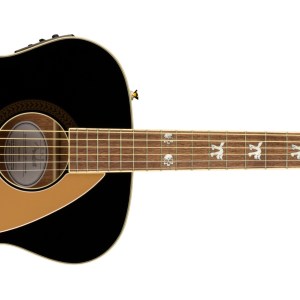