It’s a song guaranteed to get you on the dance floor and party all night, but the Earth, Wind & Fire classic “September” has its roots in spirituality just as much as the primal urge to boogie. The song’s undeniable groove focuses on a carefree ‘living in the moment’ philosophy, its lyrics focus on remembering the good times of the past and it’s topped off with a nonsensical ‘ba de ya’ phrase, a placeholder lyric that never left its spot and helped the song become a singalong anthem.

Filled with a funky groove and hooks galore- octave guitar and bass parts, silky and slick keyboards, a singalong melody, Latin-flavored horn lines and a repetitive, circular chord pattern — “September” was included as a new song on the band’s Best Of Earth, Wind & Fire Vol. 1 record and cracked the top 10 when released in 1978. In the ensuing 42 years though, the energetic bundle of joy has taken on a life of its own, with multiple movie and TV placements, and is a certified wedding band staple. And like a recurring Christmas classic that comes around every year, its specific “21st night of September” reference has led to an annual virtual celebration, including a new remix debuting today on the band’s YouTube channel.

Written by Al McKay, Maurice White and Allee Willis, “September” combines soul, R&B, jazz and funk and turns it into a dance-pop masterpiece. McKay, the band’s guitarist, created the song’s musical structure on his own in his home studio. The first few bars of the song feature a keyboard outlining chords, a cowbell keeping time with quarter notes and two guitars, one playing octave A notes while another riffs a funky, sliding staccato single-note line. Bassist Verdine White, Maurice’s brother, then enters with an octave bass riff, a flurry of horns set up the vocal and the song is off.

An almost repetitive D-C#m7-Bm7-C#m7-F#m7 two-bar chord pattern creates a hypnotic loop that begs you to stay on the dance floor. We say ‘almost’ for a reason. Astute musicians will notice one slight change when the pattern comes around the third time and the second C#m7 becomes a C#7, perking the ears. Verdine White even adds that important note, an E#(F), the one that moves it from minor to major, on the bass, adding even more tension. The full pattern then ends with a beautiful Gmaj7 over an A bass note, creating suspense leading into the verse.

When the chorus rolls around, the repetitive chord pattern shifts ever so slightly and in a creatively brilliant manner. The D chord in the verse shifts to its relative minor, a Bm7, and the C#m7 moves to its relative major, an E major, while the C#m7 and F#m7 in the second bar of the pattern remain the same. Despite the chord changes, nearly all the notes in the verse structure fit within the chords in the chorus.

“It was one of those mornings,” McKay told Spotify in 2018. “I came downstairs feeling really good. (I) went to my studio, set up a groove, and it just came piece by piece by piece. I brought it to Maurice, and he liked it right away. Then he said, ‘Play it again.’ And I kept playing it for him. The last time, he looked at me and he sang, ‘Do you remember …’”

For the young songwriter Willis, “September” was a life-defining moment and gave her a career-changing lesson in songwriting, as she battled with White over one particular line.

“It was the very first song I wrote with Maurice White. It was within five minutes of meeting each other,” Willis told me at her induction into the Songwriters Hall of Fame in 2018. “When I walked in, the band was working on the intro and I thought ‘please let this be the one they want me to work on!’ It was the happiest sounding thing I had ever heard!”

White, the de facto bandleader for EWF, had the September title and a few lines when he called Willis, based on a recommendation from a friend. It couldn’t have come at a better time, as she was living on food stamps at the time, despite some moderate success. It also gave her a challenge when she met with the band.

“It was the third song in a trilogy that he and Al McKay had already started. The first was “Sing A Song,” the second was “Best Of My Love” which the Emotions wound up recording. And if this was going to be the third song it had to beat them and take it into the stratosphere.”

White was heavy into spiritual philosophies, even naming the band after the elements in his astrological chart. He asked Willis if she knew much about Eastern philosophies. “I didn’t even know what he was talking about!” she told the Library of Congress in an interview. “I was about as evolved as Pop Rocks.”

“The day we started, he gave me a list of books and he told me to go to a store in LA called The Bohdi Tree bookstore…. The first one was titled “The Greatest Salesmen in the World” by Og Mandino. And I opened that book and I went into a panic! It was all metaphors and ancient Egyptians.  And I just wanted to watch Soul Train!”

Willis doesn’t play any instruments, but she does write music and lyrics. Her workflow involves humming melodies and chord changes until the lyrical phrase finds her. “As you do the melody, as you hum it, you experiment with nonsensical syllables (not yet lyrics) to see what falls into the groove,” she told the Library of Congress.

She honed her craft as a youngster in her Detroit hometown, sitting on the lawn at Motown, absorbing the sound of the drums, bass and background vocals leaking through the walls. “To this day, those are the only music lessons I’ve ever had,” she said at her Songwriters Hall of Fame induction. “I have never learned how to play. I hear everything in my head the same way I did sitting on the lawn at Motown.”

The writing process took close to four months, with Willis and White drafting over 20 pages of ideas.

A quick read of an early draft of the lyrics, as seen on the CBS profile, reveals how Willis applied her keen eye for detail and further tightened up the song’s setting and meaning, beginning with the first verse. All the keywords and themes (except the day/night change) are in the final version but in different sections.

Notice how Willis got rid of the repeat of the word ‘remember’ which appears here twice. She also took the ‘never a cloudy day’ line and made it a button on the chorus, adding a sunny, positive outlook to the theme. Willis also grabbed the last two lines above and made them the top of the second verse, rephrasing it slightly.

Playing off the remember theme, the lyrics evoke a classic ‘50’s R&B ballad vibe when read aloud, no doubt influenced by Willis’ love of black music, even if done subconsciously. Phil Phillips’ classic “Sea Of Love,” in fact, begins with the same phrase.

But Willis was shooting for the faster bpm of the disco dance floor and hit a home run. The phrasing of the chorus melody is cleverly based on an earworm of three bouncing syllables: “Ba de ya/ say do you/remember/ba de ya/ dancing in/ September/ never was (a)/ cloudy day.”

Willis fought to the final hour with White over the ‘ba de ya’ line, desperately trying to convince him to change it. “I didn’t like it. I knew this was a stone-cold hit and that nobody was going to know what that meant.” She lost the battle and conceded when White told her, “never let the lyrics get in way of the groove.”

It’s a lesson she applied throughout her career, including the hits “Neutron Dance” by the Pointer Sisters and the “Theme From Friends (I’ll Be There For You)” by the Rembrandts. “If the melody, beat, and spirit are there then everyone will know–emotionally they will know–what you‘re saying.” She also commented, “lyrics can be clunky sometimes because someone is trying to make too much sense or fit in a four-syllable word when a two-syllable one feels better.”

As for the significance of the 21st of September, it doesn’t have anything to do with the change of seasons from summer to fall, unless Maurice White kept that a secret to himself. It simply comes down to vocal mouth feel. It just sings better, she confessed. Willis and White went through all the dates and the three syllables of twenty-first fit the best.

Last year, “September” was inducted into the National Recording Registry of the Library of Congress, deemed an aural treasure worthy of preservation because of its cultural, historic and aesthetic importance to the nation’s recorded sound heritage.

“I think the song’s just eternally uplifting,” Willis said. “It’s impossible to be depressed when you hear it.” 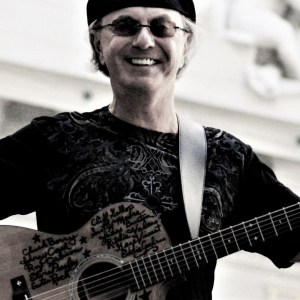 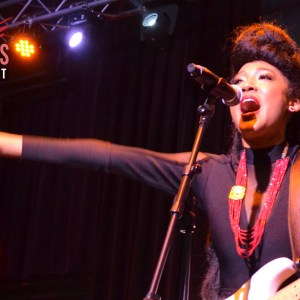