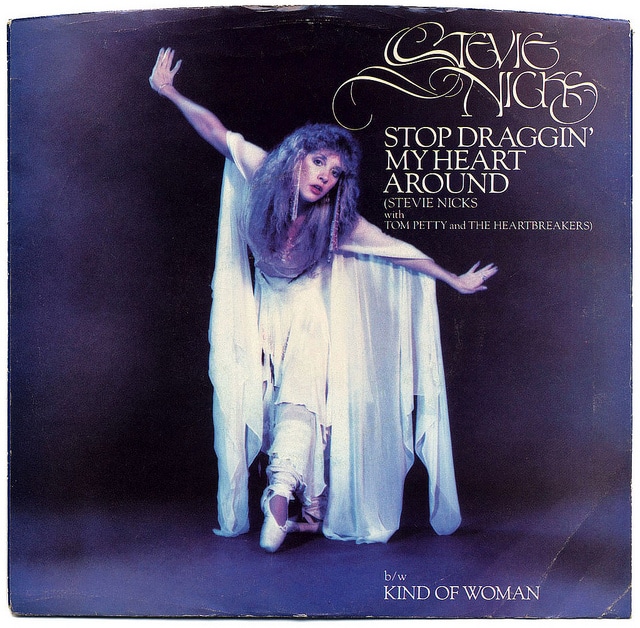 Writing a great song is tricky enough, but writing a standout duet is an even more difficult bit of business than that. After all, you have to make room for two contrasting perspectives without pulling the song apart at the seams in the process. And, since the majority of duets are inter-gender, you have to be able to write believably for the opposite sex.

Most people would agree that Tom Petty pulled off one of the great duets in rock history when he penned “Stop Draggin’ My Heart Around” and joined Stevie Nicks on the justly celebrated recording. The only problem with that story is that the song wasn’t meant to be a duet at all.

As Petty recalled to author Paul Zollo in the book Conversations With Tom Petty, the Fleetwood Mac chanteuse was enamored with his music and wanted him to write a song for her. “Stevie came to me around ’78,” he said. “And she was this absolutely stoned-gone, huge fan. And it was her mission in life that I should write her a song. And we were a little wary of Stevie. We didn’t quite know whether to like Stevie or not, because we kind of saw this big corporate rock band, Fleetwood Mac, which was wrong, they were actually artistic people. But in those days, nobody trusted that sort of thing and we just kept thinking, ‘What does she want from us?’”

Nicks was persistent and Petty eventually attempted a song for Nicks to be included on her first solo album. He wrote a ballad called “Insider,” but when the two sang it together, Petty liked it so much he decided to keep it for himself. He included it on The Heartbreakers’ 1981 album Hard Promises, even using a line from the song to give the album its name.

At the time that this was occurring, Jimmy Iovine, who was Petty’s producer and also was lined up to produce Nicks’ album Bella Donna, asked Tom about another song from the Hard Promises sessions with lyrics by Petty and music by Heartbreaker guitarist Mike Campbell. The Heartbreakers (with Donald “Duck” Dunn filling in for the band’s usual bassist Ron Blair) had finished “Stop Draggin’ My Heart Around,” right down to Petty’s lead vocal, but Iovine persuaded him to give this track to Nicks after he had taken “Insider” back.

As a result, what you hear in the recording that became a #3 Billboard hit in 1981 is Nicks singing on top of the Heartbreakers recording. In the verses, Petty’s vocals, with the exception of a couple lines, were wiped away to make room for Nicks. To keep up the appearance of a duet, Nicks sang with Petty’s vocal in the refrain, actually taking the high harmony part since Petty already had the main vocal line covered.

The funny thing is that the song works better as a duet. It’s got a typically sturdy Heartbreakers foundation, featuring Campbell’s moaning guitar and Benmont Tench’s creeping keyboard. Nicks is right at home in this bluesy backdrop, imbuing Petty’s conversational lyrics with oodles of fiery attitude and a tinge of genuine hurt. “This doesn’t have to be the big get even,” she warns the guy who comes “knocking on my front door” with the “same old line.” “It doesn’t have to be anything at all.”

Having Nicks take the lead puts an interesting spin on the cautionary lines from the final verses (“Make a meal of some bright-eyed kid/ You need someone looking after you.”) Normally this would be the thing that the older guy would say to the young girl, maybe even in condescending fashion. Since it’s the woman making that statement, it levels the playing field. The guy is reduced to telling her that he’s onto the fact that, though she might be protesting at the moment, she’s the one who’s making the decision to leave: “I know you really want to tell me goodbye/ I know you really want to be your own girl.”

Petty’s lyrics are stinging and evocative in the run up to the refrain: “Baby you could never look me in the eye/ Yeah you buckle with the weight of the words.” The play on the phrase “weight of the world” is telling, because that’s the kind of pressure this fading relationship seems to be exerting on the principals. It all leads up to the title’s desperate plea for mercy, Petty and Nicks both going to the top of their registers to highlight the urgency, “Stop draggin’ my/ Stop draggin’ my/ Stop draggin’ my heart around.”

There are so many tantalizing hypothetical scenarios here. Would Petty’s solo vocal take have become quite as big a hit? Would Nicks have taken the intensely personal “Insider” and made it universal as well? As always, fate has the final answer. And the answer is that, to reach its full potential, “Stop Draggin My Heart Around” simply needed two to tango. 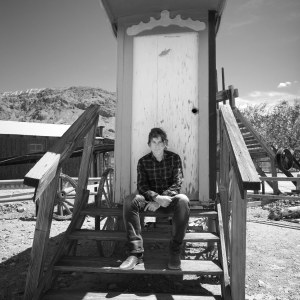 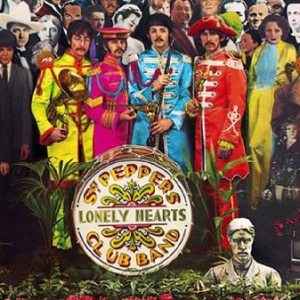