“Friend of the Devil”

The Grateful Dead underwent a seismic stylistic adjustment beginning in 1969, as lead guitarist and vocalist Jerry Garcia and his preferred songwriting partner Robert Hunter began incorporating more acoustic music into the band’s repertoire, to offset the psychedelic jams they’d been trafficking in since their formation four years earlier. Hunter had come aboard as in-house lyricist in ’67, penning words for such lysergic templates as “Dark Star,” “China Cat Sunflower” and “Alligator,” but by ’69 and early 1970 the Dead were looking to quiet things down a bit.

Their first tentative forays into acoustic music could be found on 1969’s Aoxomoxoa album, but it wasn’t until the spring of 1970 that the Dead became seriously committed to exploring the form onstage on a regular (if sadly short-lived) basis. Following the lead of their friends Crosby, Stills and Nash, they polished up their vocal leads and harmonies, broke out what rhythm guitarist/singer Bob Weir dubbed the “wooden instruments” (plus, in Garcia’s case, the pedal steel guitar), and investigated song material that was less kaleidoscopic in nature, music that, in some ways, had more in common with the themes inhabiting the songs The Band’s Robbie Robertson had been creating. Today the music that the Grateful Dead recorded on their pair of 1970 albums, Workingman’s Dead and American Beauty, can be considered proto-Americana; at the time they didn’t fit into any easily delineated category.

“Friend of the Devil” made its first public appearance in March 1970 at the Capitol Theatre in Port Chester, N.Y., a couple of months before the Dead began opening their own shows with full-blown acoustic sets. It appeared on American Beauty that fall and became an immediate hit with fans, ultimately becoming a permanent fixture in the Dead’s onstage canon. At first, it was performed at a brisk, bluegrass-style tempo built upon a descending scale played by Garcia; then, several years later, a piano now providing much of its melodic route, it slowed to a crawl, evoking a more somber mood.

The song’s lyrics follow the trail of an unnamed narrator at an unspecified time, on the run for reasons unknown, doing his best to stay ahead of various pursuers—a couple of wives, the sheriff, 20 hounds and the Devil himself. He takes off from Reno, makes it through the obscure California locales of Chino and Cherokee, spends a night in a cave in Utah and tries his best to get home and grab some sleep. His fate? We never learn.

“Friend of the Devil” was actually co-authored by Garcia, Hunter and a third collaborator, John “Marmaduke” Dawson, the lead vocalist of the New Riders of the Purple Sage, a country-rock group that originally included Garcia on pedal steel and other members of the Dead, before breaking off as a stand-alone unit.

In a 1978 interview with this writer, Hunter, who spent a minute or two playing bass for the New Riders, recounted the song’s origins: “We were sitting around practicing one night and I had ‘Friend of the Devil’ more or less already written. I said, ‘Try this out,’ and [NRPS guitarist] David Nelson and John Dawson helped by smoothing out some of the rough changes…Then we went down to get some coffee and Marmaduke said, ‘It’s a real good song but it has one repeating line.’ The line was, ‘It looks like water but it tastes like wine,’ and he asked me if I could get anything punchier. I said, ‘I got it’ and came out with ‘A friend of the devil is a friend of mine.’” [In a later interview, Hunter credited the replacement lyric to Dawson.]

The next morning, Hunter awoke in the group’s communal residence to find Garcia listening to a tape of the new song. “He had that funny look in his eye,” Hunter recalled. “The next thing I knew, the Grateful Dead had snapped it up, much to the New Riders’ dismay.” 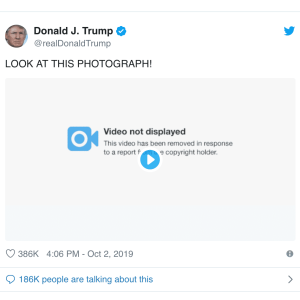 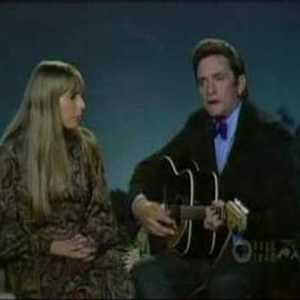