“Waitin’ Around To Die”

Lauded as one of America’s great songwriters, Townes Van Zandt was also one of the most tortured. His song “Waitin’ Around to Die” is a harrowing fictional tale of a wayward soul who travels from a dysfunctional upbringing down into throes of addiction. The brooding ballad was his “first serious song I ever wrote,” he claims in a live recording (found on 1977’s Live at the Old Quarter, Houston, Texas). His performance is resoundingly eerie, particularly in context of Van Zandt’s own fate.

American Songwriter Senior Editor Paul Zollo once interviewed Van Zandt for his book, Songwriters on Songwriting, and approached the icon on the song. “You said [this] was your first serious song. You can’t get much more serious than that one,” said Zollo. To which the musician replied: “I have a few others like that that I don’t play all the time. I have to watch that when I do shows. I have to stay away from that side, because nobody wants to hear blues on blues on blues.”

“Waitin’ Around to Die” was first recorded for Van Zandt’s 1968 studio debut called For the Sake of the Song. The song was later featured in the 1981 documentary film, Heartworn Highways, helmed by James Szalapski and which also included such other Outlaw artists as Guy Clark, Steve Earle, David Alan Coe and Rodney Crowell, among many more.

In issue No. 15 of the now-shuttered Omaha Rainbow Magazine, through an interview with Richard Wootten, Van Zandt spoke briefly on the song. “I talked to this old man for a while, and he kinda put out these vibrations. I was sitting at the bar of the Jester Lounge one afternoon drinking beer, thinking about him, and just wrote it down,” he said.

The 2005 documentary, Be Here to Love Me by Margaret Brown, traced through Van Zandt’s life and work and included countless interviews with musical contemporaries like Emmylou Harris, Kris Kristofferson, Steve Earle, Guy Clark and Willie Nelson, as well as close friends and family. His first wife Fran Petters detailed how Van Zandt wrote the haunting tune inside their walk-in closet of their Houston, Texas home. “He would sit in there for hours. You’d have to remind him it was dinnertime to get him to come out,” she said. ‘That was when he wrote ‘Waitin’ Around to Die,’ which was the first song… I was twenty years old – a newlywed – and ‘Waiting ‘Round to Die’ wasn’t exactly… I was expecting a love ballad or something.”

“Waitin’ Around to Die” was re-recorded for Van Zandt’s self-titled album (1969). 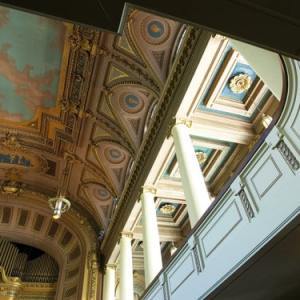 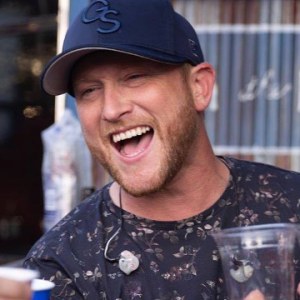