It’s still Halloween weekend, 2020, so a reasonable time to celebrate Warren Zevon’s biggest hit ever, “Werewolves of London.” Any opportunity to celebrate Zevon is a good one, as the man was one of our greatest, funniest and most serious songwriters ever. The test of time has proven this out. His songs seem to expand in terms of their power.

It’s painfully obvious to our fellow Zevonistas (not sure if that word has been coined yet, but it should), however, that “Werewolves” is his most famous, but not greatest song. So is perhaps an unfortunate one to always be at the front of the Zevon parade.

And yeah, I get that. But let’s not allow its popularity diminish its power and its impact. It’s the first song of his to leap over the big wall, and escaped out into the world. So it deserves its due acclaim. Besides, it’s funny, it rocks, and it is one of the greatest songs to cover, as thousands know.

Also, it’s common, this. It’s not the first time that a brilliantly great songwriter gets most famous for one of his lighter songs. Loudon Wainwright had “Dead Skunk In The Middle of the Road.” Randy Newman had “Short People.”

Kurt Cobain felt “Smells Like Teen Spirit,” was an obvious Pixies rip-off. R.E.M. wrote “Stand” just to have fun writing what they felt was their most stupid song ever. And it became one of their biggest hits.

And Warren Zevon had his werewolf, with perfect hair, in London.

It comes down to the fact that songwriters – when having fun, just goofing around for a laugh – can create great stuff in that moment. By abandoning one’s usual restraint to say that thing that isn’t said, and write a song nobody’s ever written, leads often to great, new places.

Warren Zevon is the epitome of this dynamic. The man who wrote the brilliantly funny, ingenious song “Genius” was a songwriting genius. He was a guy who could write those previously unwritten, unimagined songs all the time. Whether writing alone, or with his best friend and most reliable collaborator, Jorge Calderon, Zevon was always about expanding song content. But always in service of the song.

For example, his infamously great “Roland the Headless Thompson Gunner,” also on Excitable Boy, is amazing in its detail and rich global intrigue. But it’s also musically compelling. It rocks. It’s one reason Letterman was thrilled when Warren agreed to do it on his show. Because who else would write that world into a song, and a great song ?

Or the brilliantly historic “Veracruz,” the first one written with Jorge Calderon, a beautifully poetic cinematic excursion into the American past. That this and “Werewolves” were on the same album made it pretty evident that this guy had quite a big pallette, and was using colors nobody considered.

Not to mention the disturbingly fiendish glee cooked into the lyrics of the title song, laughing like few before him, except Charles Addams, at the darkest aspects of humanity. A theme others picked up after he did, and built entire careers around it. For him it was just one card from his expsnsive deck, and an easy one.

His brilliance was already well-known among his peers like Jackson Browne and Linda Ronstadt. It’s why both of them started singing and recording his songs. Linda recorded his song “Poor, Poor Pitiful Me,” which became a hit, though it sheds the dimension of irony that’s there when he sings it.

Jackson started singing “Werewolves in London” in shows before Warren even recorded it, a reggae-tinged take as far back as 1975, and told people to remember the name of the songwriter. Zevon. He even spelled it for them.

But Zevon remained a well-kept secret from the world at first. Which is when Waddy took over. Waddy Wachtel, great studio guitarist on countless classics, took on production of what would be Zevon’s second album, Excitable Boy. Waddy was on a mission to make it the album that would break him through, Excitable Boy. He wanted to establish Zevon’s place in the world as a brilliant and serious songwriter – and a rocking one – more Springsteen than Jackson Browne. He pushed Zevon to write fast rockers, and to leave tender beautiful ballads like “Tule’s Blues,” one of Warren’s first and most beautiful ballads, unrecorded. (Except for demos, thankfully).

“Werewolves of London” was one of those songs which fell into place easily, with input from many directions. After which, Warren took it home and tailored it.

But it started when he was hanging with Waddy and with fellow songwriter LeRoy Marinell. It’s one of many examples of his fun and fearlass “Let’s all dive into the deep end right now!” approach to songwriting.

Jorge Calderon, who wrote so many with Warren, said it was always that way. As soon as they had a concept – a title – or any ingredient that was interesting, Warren would quickly leap on it then and there. No need to wait.

That’s what they did. The title came from Phil Everly, who had seen the 1935 film Werewolf of London, and suggested it. Warren relished the image of a fashionable British werewolf.

LeRoy had an idea for the music on guitar, which Warren adapted to the piano and turned into what we know as that fast piano riff. It was Waddy who came up with the opening lyrics, delivering this equation of dapper monster in the London rain with Chinese food. All in the first verse.

“I saw a werewolf with a Chinese menu in his hand
Walkin’ through the streets of Soho in the rain
He was lookin’ for the place called Lee Ho Fook’s
Gonna get a big dish of beef chow mein.”

Warren’s wife Crystal Zevon was there, and wisely wrote down all the lyrics, without which much of the song might have been lost.

They had fun with fast, alliterative phrasing, such as “little old lady got mutilated late last night.” And Warren was the one who added the odd but funny, unrhymed details at the end of verses, such as “His hair was perfect,” and “I’d like to meet his tailor.”

The idea was that the creature’s violent rampages, though awful, could trigger a popular dance craze, which people would do while howling. Hence, they transform it immediately into a new cultural trend triggered by celebrity; there’s Lon Chaney, Jr. walking with the Queen and they’re “doing the Werewolves of London.”

The disturbingly funny unsung implication being, “Yes, he does murder and mutilate – but he does look great, doesn’t he?’ An attitude which has only grown more prevalent. They nailed it in mere moments.

This is how one of rock’s great antiheroes was born. A killer, of course, a monster. But as handsome as Jackson Browne.

In fact, Zevon sometimes inserted Jackson’s name into the song in concerts, to be funny. Also that of James Taylor, changing “I’d like to meet his tailor” to “And he’s looking for James Taylor!”

A few times, according to some reports, it wasn’t Jacksoin or James, but Jack Nicholson in the final verse, nursing that pina colada at Trader Vic’s. In Jackson’s version, it’s Springsteen and others who get in there.

It reflects that odd leap from terror to titillation, when terrible tragedies became trending cultural crazes. The Manson murders had already happened, of course. But this was before Menendez, O.J., and Phil Spector all embodied this dark fusion of fashion, fame and mayhem. It’s all there in this song.

When it came time to record, Waddy started with the great Russ Kunkel on drums, with whom he made countless records. Instead of Leland Sklar, who played bass mostly with them, they had Bob Glaub. Waddy was on electric guitar, and Warren on piano.

But as easy as it was to immediately capture its spirit in the writing, doing this in the studio was the opposite. They did take after take, but they both felt it just was too lightweight. Waddy felt it sounded “cute.” Which was not the aim. They wanted heavy.

It’s then they learned that Fleetwood Mac was making an album in the same studio. Their powerhouse rhythm section was then and remains one of the greatest in rock – Mick Fleetwood on drums with John McVie on bass.

Fortunately, they were game and agreed to help them get their werewolf song off the ground. Both being hirsute, bearded Brits, after all, they bore a closeness to the song’s subject.

Still, it wasn’t easy to get the feel right. They took more than 50 takes, and eventually settled on one of the first they did. It worked. They cut it live with Warren pounding out the piano chords which worked like a riff throughout, as in many of Elton John’s records.

Waddy bolstered and echoed the piano part with his rhythm guitar. He then played the solo in one take.

Neither Warren or Waddy wanted this to be the first single. Neither thought it represented the fullness of Warren’s greatness, and would come across like a novelty record. The label insisted on its release, and it became a hit.

Zevon tended to denigrate it over the years at different times. But its impact was immense, both as a hit and a cultural force. It was used in many films, including Scorsese’s Color of Money, and John Landis’ An American Werewolf in London.

There’s also a vast and varied amount of covers of the song, many of which are included here, including The Grateful Dead, as well as Garcia solo, David Bowie, Jackson Browne, Jimmy Buffett, and Adam Sandler.

As Jackson Browne said, the true breadth of Warren’s genius is very much in this song, exemplified by the humor instilled in simple language:

“It’s about a really well-dressed, ladies’ man, a werewolf preying on little old ladies,” said Jackson. “In a way it’s the Victorian nightmare, the gigolo thing. The idea behind all those references is the idea of the ne’er do-well who devotes his life to pleasure: the debauched Victorian gentleman in gambling clubs, consorting with prostitutes, the aristocrat who squanders the family fortune.”

“All of that,” Jackson, “is secreted in that one line: “I’d like to meet his tailor.”

Still, Warren does not receive the kind of acclaim or honor he so deserves. Yet listen to any of his songs. He infused so much power, passion, brilliance and musicality into each one. Any that I never was that familair with and discover are invariably great. He was always engaged with the music, and it is undeniable. That the Rock Hall has yet to induct him is so wrong as to be ludicrous. Yeah, so he did something to upet Jann Wenner, who seemed to have banned him forever.

Isn’t it time to transcend that personal slight? The gods of songwriting and rock & roll do not want any of their children to be so disparaged, even ones who were famously abusive or worse. Warren was never that. Yet so many of those are inducted. Except for maybe three, none of the rest were boy scouts.

Warren Zevon should be inducted with great fanfare tomorrow, an eloquent but humble explanation of why such a grievous error was made and allowed to flourish for so long, a week-long Zevon tribute of live events and a display of his song drafts, outfits, and a thousand of his unopened gray t-shirts. Also immediate financial reparations for this injury to his family should be sent immediately, and also ones to all songwriters, and magazines about songwriting. Is that asking too much?

Werewolves of London
He’s the hairy-handed gent who ran amuck in Kent
Lately he’s been overheard in Mayfair
You better stay away from him
He’ll rip your lungs out, Jim
I’d like to meet his tailor 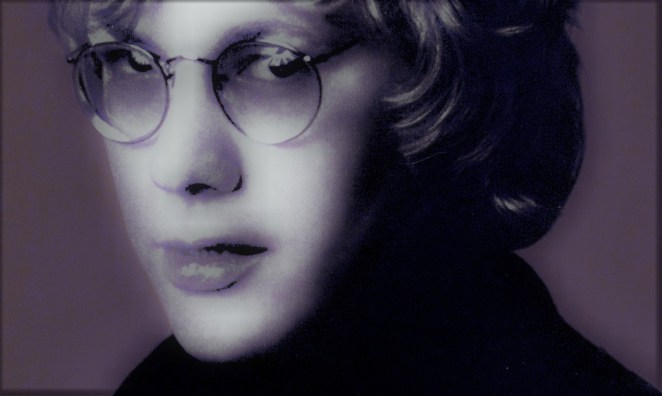 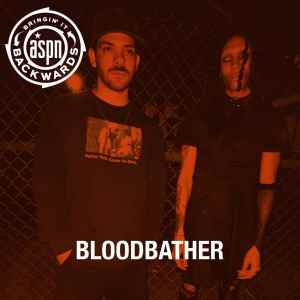 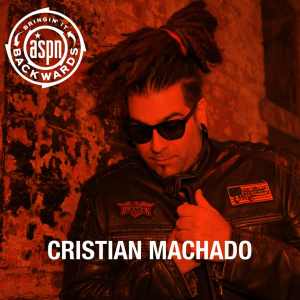