The first of over fifty hit songs by Elton & Bernie, it’s a modern standard now fifty years old, and still their sweetest song ever

October 26, 2020 marked the 50th anniversary of Elton John’s first hit, the tenderly romantic “Your Song.” Written with his lyricist partner Bernie Taupin, it was our introduction to Elton John. It was all we needed.

It was an old-fashioned love song in many respects, and written in the old school tradition of the legendary songwriting duos – whether George and Ira Gershwin, Rodgers & Hart, Bacharach & David, Leiber & Stoller or Goffin & King: one does the music, the other does the words.

Yet their collaboration, like their songs, was both traditional and brand-new, very much of the moment while never oblivious of the past. Of all that had been done, and what was yet undone. Elton & Bernie established early on that even in this traditional collaboration, they wrote songs belonging to the new era, in terms of both their melodic and lyrical content.

As we all know well, they wrote songs which seriously transcended conventional ideas about the limits of lyrics in pop songs. Whereas this province was one mostly dedicated to love and romance, they were soon writing about every subject under the sun and beyond it, too with rocket men, rock bands, fantastic cowboys, Roy Rogers, Marilyn Monroe, the yellow brick road, and a connection as delicate as tumbleweed.

But it started here, with a simple, sweet, naive love song from a gentle heart.

Yet it was so poignantly tuneful, genuinely romantic, and yet charmingly conversational, about the pure revelation of new love, and the age-old challenge of finding words for it all. He sweetly stumbles over his words in the song trying to connect:

“Anyway, the thing is, what I really mean…”

And then wrapping up the chorus apologetically for this attempt to contain it all, somehow, with words. It’s such a poignant statement from these two new songwriters to the world:

“I hope you don’t mind that I put down into words how wonderful life is while you’re in the world.”

Once we heard this song, we didn’t need to wait for the next one to determine if Elton mattered. The simple sweetness of the words – this offering of a gift of song – wed to that gorgeous melody, and sung by that young voice of the ages, brought Elton & Bernie Taupin onto the world stage forever.

Their collaboration was a wedding of great craft and instinct, of determined diligence and unconstrained genius, and it produced one miracle song after the next. Songs of the ages.

It was evident that if they could create “Your Song” while still in the kindergarten of their songwriting ascent, that they would follow it with some seriously powerful songs.

They so did. They went on to write one of the greatest songbooks of modern times.

The song began, as did all their songs, with words. Famously Bernie would toil hard on lyrics, spending days or weeks if necessary to perfect them. Elton would then take the finished lyric, and usually in little more than 15 minutes, compose the perfect melody.

For more on Elton and Bernie, check out
The Tumbleweed Truth

In a 2009 interview with Bernie I did for this magazine, he confirmed this process. “It’s ridiculous,” Bernie said with some awe. He has written four songs in a day sometimes.”

Asked how he explained this phenomenon, Bernie said, “I think he’s a borderline genius. He’s an amazing musician, an incredible writer. He’s just got a natural flair for melody.”

Teamed up by the publisher Dick James, Bernie and Elton attempted at first to write normal songs, the kind of songs that were hits then. But it wasn’t what they were best at, nor did it excite them. So when they abandoned that approach to embrace instead the kind of unique story songs which excited them both – influenced greatly by songs of The Band and Dylan they loved – everything shifted. Suddenly they were on their own turf, which they soon expanded into an empire. “Your Song” led the way.

“It was one of the first songs we wrote,” Bernie said, “when we really got locked into writing. And when we had really honed our craft after writing all these sort of early bits and pieces that never surfaced.”

“I wrote that song one morning when Elton and I shared an apartment in Northwood Hills just outside of London. And I remember writing it as I was having breakfast. The original lyric had tea-stains on it.”

“[Elton] wrote it the same day. We went into the room where the piano was and just hammered it out.”

“The great thing about that song,” Bernie said, “is that the naiveté  of it is truly honest. It’s real. It’s not somebody pretending to write a song that is simple and naïve. It is a simple, naïve song.”

It’s a little bit funny, this feelin’ inside
I’m not one of those who can easily hide
I don’t have much money, but boy, if I did
I’d buy a big house where we both could liv

If I was a sculptor, but then again, no
Or a man who makes potions in a travelin’ show
Oh, I know it’s not much, but it’s the best I can do
My gift is my song and this one’s for you

I sat on the roof and kicked off the moss
Well, a few of the verses, well, they’ve got me quite cross
But the sun’s been quite kind while I wrote this song
It’s for people like you that keep it turned on

So excuse me forgettin’, but these things I do
You see, I’ve forgotten if they’re green or they’re blue
Anyway, the thing is, what I really mean
Yours are the sweetest eyes I’ve ever seen 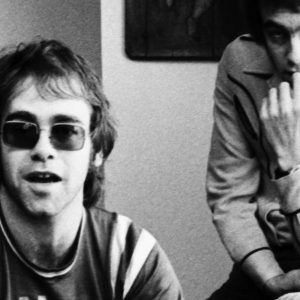 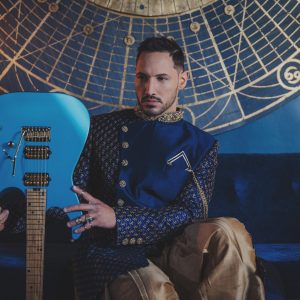