The Beatles landmark Sgt. Pepper’s Lonely Hearts Club Band was one of most impactful, experimental and beloved albums of all time, and a paradigm-shifter in terms of what albums could do. Most albums before that were essentially collections of singles. The idea of a concept album – in which all the songs were unified symphonically, all pieces fitting together to form a whole – was rare pre-Pepper. Sinatra’s smoky late-night In The Wee Small Hours was a nascent concept , as was Belafonte’s Calypso album. But both are exceptions.

The Beatles created a whole new kind of concept album, as they wrote all the material as well. Their songwriting, always remarkably sophisticated, and chromatic musically, expanded into new realms of lyrical brilliance, both traditionally narrative and bravely surreal. The idea was to create an album which sounded unlike anything that came before, which is exactly what they did.

Remarkably, it was made on recording equipment which, by today’s standards, was arcane and also tremendously restrictive: four-track analog. That they created a sonic masterpiece with this technology exemplifies the old adage: limitations create possibilities. Though Sgt. Pepper is often framed as The Beatles triumph despite these limitations , in fact it seems more accurate to say they triumphed because of these technical limits. What they did was not only inspired, it was ingenious. The collective creativity of the band with Martin and Emerick expanded in every direction during the making of the album. Rather than be hindered by the technological strictures, they reached a place where anything seemed possibly.

The most famous example of this is Lennon’s “Strawberry Fields Forever,” (which, along with McCartney’s “Penny Lane,” were the first two songs recorded for this project, but eventually excluded because they were released as singles), Lennon loved two separate takes of the song; one was light, and the other quite heavier. He told Martin and Emerick he wanted to use half of one and half of the other. When told merging the two was impossible, John laughed and told them they would figure it out. Nothing’s impossible. And they did.

So the idea of being restricted didn’t figure into this. Several dynamics empowered them to understand this. For starters, it was the first time the Beatles were able to take a break from touring so as to focus only on recording. The studio itself became another instrument for The Beatles to use, and, working with Martin and Emerick, the production became as brilliantly colorful and new as the songs themselves.

To try to explain the impact of the technology on the art and science of recording music, and analyze how the limitations were surpassed, we spoke to several experts. These include the late 22-Grammy Award winning engineer Al Schmitt, who died last week. Given he was the king of live recording, his estimation of Pepper was especially fascinating.

“It gave me the idea that you can try anything.,” he said about Pepper. “It changed the way we thought about things.”

Here’ what they had to say:

Bob Ezrin: It was the first time we truly understood the studio as a powerful instrument of composition, and not just a soundproof place that captured performances. Suddenly, those of us who were making music realized that there was a higher plane of expression available to us through creative use of technology.

Nancy Wilson:  [The Beatles] were essentially inventing multi-track recording. They were so at the drawing board and creating something completely new that had never happened before. George Martin was a genius, and their muse, because he was not afraid to try all the crazy, insane, impossible things they wanted.

Ed Cherney: Before that, you had a lot of guys out in the room, and your mission was to recreate what happened out in the room. This was different. This was about bending reality, and trying to make a different dimension out of it. The first time we heard that and realized there was a studio, it opened my eyes. My goodness, there is a whole other artform to how they do that.

Bob Ezrin: It made me think of the studio as an instrument of magic.  I never wanted to be a recordist, just capturing people’s performances.  I always wanted to be a sorcerer, creating larger than life experiences from just music and sound.

Butch Vig: Everyone involved was at the top of their game: George Martin kept raising the bar with production and arrangements; Emerick was pushing the envelope with his groundbreaking engineering prowess, and The Beatles were really hitting their peak.

Ed Cherney: The Beatles created Sgt. Pepper knowing they would never have to perform it live, and they used that freedom as an opportunity to go beyond people’s expectations. We came from “How Much Is That Doggy In The Window,” in a very short time, to this. It was a spectacular leap in terms of artistry and courage.

Butch Vig: In this digital day and age, it is absolutely amazing to think that it was recorded on 4-track.

Ed Cherney:  Using a 4-track, they would record three tracks of information, and then bounce those to the fourth track to open up more tracks. So they were constantly bouncing and mixing between the two. It’s an engineering tour-de-force by Geoff Emerick.

Al DiMeola: Emerick and other Abbey Road technicians were masters at the transfer of tracks, the bounce. You have to bounce them at the highest level with no distortion, and that can’t be undone. And they did that masterfully.

Al Schmitt: Normally when you record on 4-track tape and do many bounces, you start to accumulate a lot of hiss. You have to have the balances perfect. Once you bounce it over and add something else, you cannot re-do it. This was amazing to us; we weren’t sure how Emerick did it.

Bob Ezrin: Once something got bounced into the main master, it would have been a long way back to undo it.  So they were forced to experiment first, and then decide on what worked and what didn’t with every step they took along the way.

Al DiMeola: Afforded the luxury of not having to go on the road, their daily job was going to the studio every day. Imagine having that wonderful gift. Not one other group could do that.  That extra time allotted in the studio, without the pressures of the road, allowed them to experiment with sounds, to take music to another level, to places we have never heard before.

Nancy Wilson: They could not have done Sgt. Pepper while they were on tour still. When you are on the road, it is really hard to get to that elated place you need to be to make good records. It is exhausting. They had to get away from the insanity, the screaming hordes everywhere. So they wisely stepped off the road into the studio for the purpose of exploring and bringing all those masses along with them. They knew they had the ear of the world, so they worked their art really hard to bring something authentic and refreshing and new.

Ed Cherney: Because it was recorded on 4-track, that means that all their performances were great from top to bottom. The solos, the vocals, every note, every performance, it all had to be perfect and not pieced together like we do now. I don’t know how they did it, but it affected me profoundly. “/”

Al DiMeola: I always reflect on the enormity of the sound, largely due to the big analog sound of the four-track. When you record an acoustic guitar analog, it sounds big and has presence. The less tracks, the wider the space of the tape, the fatter the sound.  Analog has a much punchier, fatter sound. Listen to the cello. There is no way anyone is going to get a cello sound that big. Or the way John’s voice sounds like it is right there with you, that big.

Bob Ezrin: The medium gave them infinite possibilities. But it also required that they craft each part and performance to play its particular role in their overall concept. It meant having a clear intention for each song before starting out and then only committing to things that actually made the song work.

Ed Cherney: The technology at the time sounded astounding. A lot of the equipment was hand-made, and had a specific sound that was rich and full. They got the low end to speak in a way we never heard the low end speak before. They stretched the technology more than anyone has before. I never heard drums or rhythm like that, and the bass so clear, and have it musically feel so good.

Al Schmitt: It gave me the idea that you can try anything. Whatever worked. That was the thing that got me so much, that they experimented and picked the best of what they did. It changed the way we thought about things.

Butch Vig: I have referenced the production ideas on Sgt. Pepper many times, consciously or unconsciously. There were so many groundbreaking studio tricks they used that are still relevant today.

Ed Cherney: In my own work, I try to fill the speakers like they did. Also, every four bars, there’s some event. You never got bored. There was always a surprise. No matter how many times you listened to it, there was something else to get your attention, to keep you entertained and to keep you in the music and the moment.  It could be a tambourine coming in, it could be a wah-wah. There was always something, and you were never bored listening.

Steve Lukather: Once they gave up playing live, they knew they could do anything, because they didn’t have to perform it live. They created a new style of record making. They took the studio seriously. They were pros, and they wanted to get it right. They had an idea and they had George Martin and Geoff Emerick there to help them make it real, to realize the ultimate vision of it all. They pushed their creativity to beyond what had ever been thought of before.

Al Schmitt: I listen to it today, and it still sounds as amazing as ever, if not more. The sound of the thing – the sonics themselves – still absolutely thrill me. The magic of Sgt. Pepper is forever.

See: In Memory of Al Schmitt 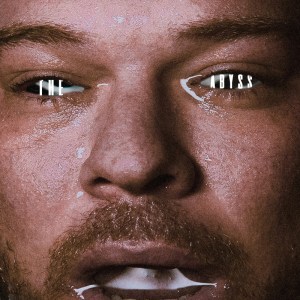 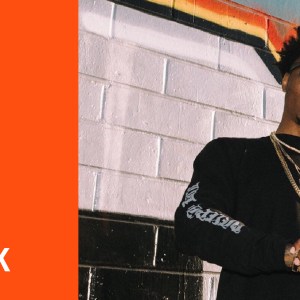