Al Schmitt, one of the greatest engineer-producers of all time, died on April 26, just days after his 91st birthday. Like many who knew him, I was stunned to learn he was 91. He certainly didn’t look it, and never seemed that aged. He looked and acted like a healthy, happy man of 75 or so.

That happiness was real. Al loved his work, and shared that joy always. It’s one of the reasons he was the best.

When I grew up in the 60s and 70s, along with all my fellow rock and roll kids, I lived in my records probably more than I lived in the world. Certain names seemed to be on every album; Who were these guys? They were each a mystery me, but a compelling one:

There was Bernie Grundman (who mastered albums), Henry Diltz (who took the pictures). And there was Al Schmitt, who was both a producer and engineer.

Years later I got to meet each of them, and solve the mystery (which wasn’t really that mysterious) of why they were on so many albums. It was because they were the best at their jobs. And also the best at the delicate art of working with musicians. Al Schmitt famously was beloved for his genius with sonics, and his mastery of live recording, But also for being one of the greatest guys around; never flustered, always calm, patient and understanding of what making music requires. He knew all the right things to do, and also all the wrong ones to avoid, so as to enable artists to do their best work in the studio.

It’s why everyone from Sinatra to Dylan loved  working with Al, and kept returning to that famous basement studio beneath the big Capitol tower on Vine Street to record live with him. That and, of course, the sound of the records he made. There was a magic that Al could summon always. His  sonic genius for capturing live the rich fullness and total spectrum of a performance of music  was legend, as was his ability to create the ideal spirit in the studio to let it happen.

Though the studio offered endless methods of recording and enhancing music, he famously focused not on electronics but acoustics. Instead of elaborate multi-tracking and overdubbing to create a full sonic picture, he preferred the energy and excitement of a live recording, which can’t be faked. Nor is it easy to do. Because it meant recording everyone at once: such as a small band with a full orchestra and Frank Sinatra. Al knew everything about the technical aspects of recording a singer and an orchestra, but always focused on the human element.

The secret to getting a great performance not only out of the singer, but an entire big band and/or orchestra? Embracing the joy of the thing.  This wasn’t an arduous mission after all, compared to most real jobs.  He knew anyone that got to live inside of music everyday was blessed, and he never forgot that. “Enjoy every day,” he said. “Enjoy what you’re doing.”

Instead of elaborate effects added in the mix to create an illusion of a  big, dimensional sound, Al  made that magic in real-time with actual acoustics.

“I don’t use any equalization,” he said. “I just adjust the mics until I get the sound we’re looking for. It’s just my style. It’s the way I learned. I also use very little compression… I’m pretty much a simple analog kind of guy.”

Also, he said, never assume you know everything there is to know. Though considered to be the greatest engineer of all time by many, he always wanted to get better. “Try to learn something new every day,” he said.

It was all about honesty. Gentle, never brutal, honesty. It’s why people who worked with him once didn’t want to stop. Dylan came in to do one album of songs from the Sinatra era in the same studio with the same engineer where Frank would make his records. Dylan has always embraced their traditional method of recording live so as to capture, rather than fabricate, the magic and moment of a live performance. Al was the king of that method. And like Bob, he shared an appreciation of the real artistry of great songwriting. They both knew it was all about the way the singer tells the story, and how it’s enhanced sonically. Al and Bob would spend about an hour talking about the songs before working.

Dylan liked working with Al so much he made three albums with him, and the final one, Triplicate, was a triple album. Our full conversation with Al about working with Dylan will be in Part 2 of our tribute to Al Schmitt.

Diana Krall, like Dylan, had a dream of working with Al, if only once. They went on to make 15 albums together. She confirmed that it wasn’t only his genius with acoustics that made Al the best. It was that  gentle, kind knowingness.

“It’s how he heard things,” she said to the New York Times. “Sometimes he’d adjust the mic a bit or put his hand on my shoulder and say, ‘It’s okay.’ I don’t know if he was adjusting the mic or me.”

Even the Jefferson Airplane in their heyday, riding motorcycles into the studio where they were getting high on all sorts of stuff, loved working with Al the most, and made four albums together.

His wisdom, talent and warmth all came together naturally. As his success kept expanding he never changed; his ego didn’t swell ever, even when the industry began honoring him. He won more Grammys than any engineer ever, and more than most of the greatest artists as well: 22 in all. He won so many that the number got mixed up often, which is a good problem. Of the 22 Grammy Awards, two were Latin Grammys. Al had more Grammys than most of the iconic artists with whom he worked, and others. Bruce Springsteen won a mere 20, while Tony Bennett,  Aretha Franklin and Paul McCartney received only 18.

Al also was awarded with the Trustees Award for lifetime achievement from the Recording Academy in 2006.

Born in Brooklyn on April 17, 1930 to Albert and Abigail Schmitt, he’s really Albert Schmitt, Jr., though he never used the full Albert or the Jr. His dad, Albert Schmitt, Sr., worked on  PT boats at the Brooklyn Navy Yard and other jobs.

His uncle Harry Smith (who changed his name from Schmitt) had a recording studio in Manhattan, where his dad would often take him. When he was eight, he started going there alone on the subway. There was nowhere else he wanted to be. “I loved my mother and father,” he said, “but life with Uncle Harry was glamorous.” He started working at the studio, where he met Orson Welles, Bing Crosby and other icons. His uncle got him a job as an apprentice at Apex studio, where his talent and passion combined, and he quickly ascended.

He knew the greatest of the greats didn’t reach the summit randomly, but by true diligence and intense focus. He was known to be a master at getting artists to feel comfortable enough to do their best work. It’s something he learned at his first session as engineer. Instead of slowly learning this job in the safe shallows, he was forced to dive directly into the deep end early on. Since none of the other engineers were available, he was left to engineer a session for Duke Ellington and his orchestra. He was absolutely terrified, as he recalled.

“Duke Ellington sat next to me,” he said, “looked into my eyes, and he just knew I was ready to die. And so he patted my knee, smiled at me, and said, ‘Don’t worry son, we’re gonna get through this.’”

And he did. And he loved it. Ever since he projected that calm, cool Duke Ellingtonesque calm and worked with countless legends to create their greatest work. He went on to record some of America’s most beloved music. From Henry Mancini and Johnny Mercer’s classic “Moon River” and the soundtrack for Breakfast at Tiffany’s to Alvin & the Chipmunks, he did it all. His famous whimsy-laced honesty surfaced when I asked him if he wanted to do more with Dylan. He laughed and said no.

When I asked why, he said, “Well, you know,  Bob is a pretty good songwriter himself. I think it’s time he started recording his own songs again.” 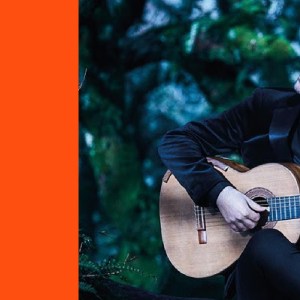 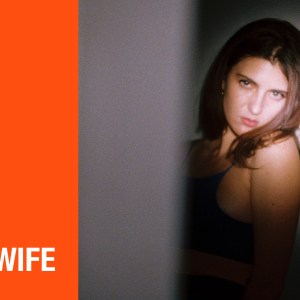