“I highly doubt there is one song I have ever worked on that didn’t have some influence of George Martin.”

George Martin, who died in March of 2016, was, of course, the producer of The Beatles. He was not only the man guiding the creation of their records, but also the one responsible for getting them signed to the label at which he was employed, EMI – the UK company of which Capitol is an American wing.

But all labels, both in the UK and the US, initially rejected them, based on the erroneous assumption that solo artists, not bands, were all the record-buying public wanted.

George Martin, a classically-trained musician who was beloved by The Beatles, and others, for his comedy recordings with The Goon Show starring Peter Sellers, usually saw things in accord with the company. Yet he heard something singular in the music of this band that others seemed, somehow, to miss. Even when doing covers (and they played a vast assortment of these, from a bounty of Buddy Holly songs to odd, though always beautifully Beatle-ized songs such as “Besame Mucho” and “Til There Was You,” from the musical The Music Man), there was an undeniable electricity alive in their sound. Little did he know that Lennon and McCartney would soon evolve into one of the greatest songwriting teams of all time.

So be brought the lads to the studio, and allowed them to do their thing. Live. A few takes. They’d already served their time in Hamburg, and were a seriously tight, rocking unit. And it was done. With that Martin managed to get The Beatles signed. The rest truly is history, and one which has impacted our world forever.

The degree and dimension of Martin’s contribution as producer has been the subject of much discussion over the years, and some dispute. Lennon said, at one point, that Martin never produced them, that they produced themselves. Geoff Emerick, their chief engineer, expressed frustration with Martin for taking credit for Geoff’s ideas and hands-on work.

But others, most notably McCartney (the Beatle with whom Martin was the closest), said in March of 2016, after Martin’s death, that Martin was as important to the group as the four moptops themselves.

“If anyone earned the title of the fifth Beatle,” stated McCartney, “it was [George Martin]. From the day that he gave the Beatles our first recording contract, to the last time I saw him, he was the most generous, intelligent and musical person I’ve ever had the pleasure to know.”

To determine the shape and scope of Martin’s work with The Beatles, we turned to six of this planet’s most accomplished and influential producers: Mark Ronson, Peter Asher, Joe Henry, Jimmy Jam, Alan Parsons and Judith Sherman.

Here they are on the life and work of Sir George Martin.


Joe Henry:The greatest artists and producers have used the studio not to nail ideas to the floor, but to conjure them alive and up into the evolving atmosphere. George Martin was one of the very first to signal the immense range of possibility and ambition.

Mark Ronson:A producer is a bit of a psychiatrist and high school basketball coach. George was like that. And he was a genius at bringing out the best in his artists.

Peter Asher:I knew George Martin most of my life. He was a real gentleman. He was always extremely charming, intelligent and well-read. Always an ideal person to have at a dinner party. I remember a costume party soon after The Beatles released Magical Mystery Tour. George and [his wife] Judy came as the Queen and Prince Philip. They were perfect. George had a royal attitude, and it came across perfectly that night.

Alan Parsons: He was a true gentleman in every sense. I consider him to be a mentor. I tried to be him, I really did. I emulated him in every way. Both as a man and a producer.

Peter Asher: He knew how to let the creative genius of the Beatles exist in a free way. He knew the right thing for the producer to do was to simply wait for them to figure out their own ideas. And then there were other times when he would actively make suggestions and contribute in a brilliant way.

Parsons:When asked to, he would inject himself musically. John [Lennon] made the most demands on him. John would say, “I want it to be this way. George, make it happen.” And George would find a way to do it.

The most famous example is with “Strawberry Fields [Forever],” which were two completely different takes of the song at different tempos. And John wanted them to be combined, and said, “Just make it happen. Fix it.”

Peter Asher:He was a trained and gifted musician. My mother taught him oboe at the Royal Academy [of Music]. She said he was a good pupil.

Alan Parsons:He was a true musician. He spoke the musician’s language. He had perfect pitch, and could speak to bands about what chords or notes they were playing without actually sitting down at the piano. He was always respectful of the artist, never trying to inject too much of himself into what he did. He wasn’t interested in being a dictatorial producer.

Mark Ronson: He had genuine respect for [the Beatles’] songwriting, and a real recognition for how ambitious they were creatively. They were about moving forward always.

Joe Henry: There’s a distinct difference between performing your club act in front of expensive microphones for posterity, and the act of thoughtful and deliberate record making. In pursuit of the latter, George Martin defined what it meant to use the written song as a reference map, and then create and discover a landscape upon which its story might flourish. [He] employed the studio as an instrument unto itself —not merely to document an experience, but create one.

Judith Sherman:He had a creative sense of the orchestra. When you think about what orchestral arrangements had been up to then, his were unlike others. Most arrangers write footballs for strings, just long whole-note pads. He gave the strings something to play, instead of just being a chord.

Jimmy Jam:His arrangements, such as the string quartet on “Yesterday” or orchestra on other songs, are so much a part of [the Beatles’] records. When you think about the simplicity of the song “Yesterday,” you could have done it with a big orchestra. But he knew not to overwhelm it.

Peter Asher: He knew what an orchestra could do. He knew chords and harmonies. The things the Beatles knew instinctively, he knew technically. He looked upon his extensive musical expertise and knowledge as just another tool he could offer.

Joe Henry: The fact that George was a [musician] allowed him to execute ideas, not only suggest them in the abstract. There was no disconnect between his vision and its realization.

Jimmy Jam: “Eleanor Rigby” amazed me. The urgency of the strings. Until then, strings were often schmaltzy, and not used as a driving lead instrument mixed with rock guitars. All of a sudden, that changed. He had the widest palette of imagination. He could take anything and mix it in.

Judith Sherman: He was exceedingly creative, not only with the orchestra, but with electronic music and sound effects and tape manipulation, like tape vari-speed and backwards sounds. Electronic music at that time was a tape medium; digital didn’t exist.

Mark Ronson:So many elements he introduced, which are part of our vocabulary: slapback echo on the vocals, the backwards tape, using a string section on a pop ballad. The big medley on Abbey Road is a production masterpiece. The tape loops on “Tomorrow Never Knows.” The heavy density of the drum sound on Abbey Road and “Come Together.” They were breaking down production barriers every time they went into the studio. Their use of multitracking was unprecedented.

Judith Sherman: Backwards tape creates a beautiful sound. What makes it strange is that the attack comes at the end. The decay comes first and it grows and then breaks off. What George realized was how to use it to make an emotional charge. It wasn’t the effect just for the effects.

Jimmy Jam: When the Mellotron came into play, all of a sudden there were these sounds you’d never heard before. He loved whimsical and avant-garde music, sound effects, [and] backwards music.

Mark Ronson:As refined as the [Beatles] records were, the sound was really raw and alive. The drums are really crunchy. The vocals are pristine, and yet the drums are cracking as hard as any Wu-Tang drum loop.

Judith Sherman: In “A Day In The Life,” he had the strings do something they never do, ascending from their lowest note to the highest at their own rate. The first time I heard it, my jaw dropped. What is this and how did they do this?

Jimmy Jam: His diversity is staggering. From the way [the Beatles] began, with very raw records that were also sophisticated, to Sgt. Pepper …, the fact that all of that was coming from one brain is amazing. I always thought if I ever had a chance to produce records, that would be the approach: to try to not be locked into one thing, but to have a wide musical scope.

Mark Ronson: All the way through, he gently allowed [the Beatles] to evolve, and was there to realize their visions onto tape. Paul and John were always trying to outdo each other, outdo Brian Wilson and whoever else they were thinking about. They wanted to keep pushing further, and George encouraged and enabled that progression. There is nothing dated about what they did. They found that extra magic element that is the difference between what is good and what is extraordinary.

Jimmy Jam:The Beatles records, and all his productions, are timeless.

Joe Henry: He understood that the recording process should not be beholden to the limits of a medium, but defined by its endless possibilities. He allowed the artists on his watch to feel liberated and fearless, both of which are ultimately more important than any arrangement idea or recording concept.

Mark Ronson: I highly doubt there is one song I have ever worked on that didn’t have some influence of George Martin.

Peter Asher was director of A&R for the Beatles’ Apple Records, signing the first American to the label – James Taylor- as well as producing his first Apple album, as well as many of the post-Apple albums, including Sweet Baby James. He was also one-half of the duo Peter & Gordon, as well as brother of Paul McCartney’s girlfriend, Jane Asher. For a couple years, McCartney lived in his family’s home.

Joe Henry is both a brilliant songwriter, and a three-time Grammy-winning producer. He’s many remarkable albums for many artists, including Mose Allison, Mavis Staples, Rodney Crowell, Joan Baez, Aaron Neville and Bonnie Raitt. His most recent masterpiece as an artist is The Gospel According To Water.

Jimmy Jam is a five-time Grammy winner, including wins for Producer Of The Year with his partner in production, Terry Lewis in 1986. His productions include albums by Yolanda Adams, Boyz II Men, Mariah Carey, Janet Jackson, Usher and many others.

Alan Parsons is the co-founder and leader still of the legendary Alan Parsons Project. Also a great producer, engineer and songwriter, he started as an assistant engineer at Abbey Road, where he worked on the final two Beatles’ albums, Abbey RoadandLet It Be.

Mark Ronson is a solo artist as well as astounding songwriter and producer. He’s best known for his work with artists including Amy Winehouse, Bruno Mars, Christina Aguilera, Miley Cyrus, Lady Gaga and many others. 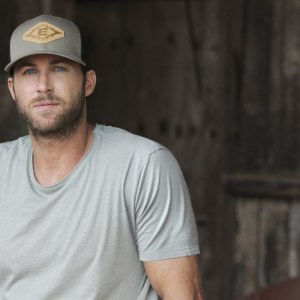 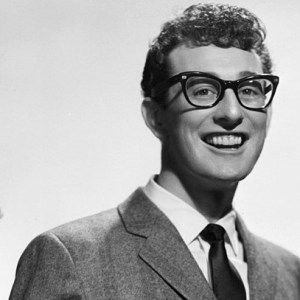