Walking into the home of Béla Fleck and Abigail Washburn is something like walking into a musician’s daydream. It only takes a couple of steps into the front door of the pair’s south Nashville home to find musical instruments, and just a few steps more to find friends — in this case visiting from Spain — playing some tunes. The Christmas tree is still up in the living room and features ornaments adorned with old photos of Washburn. A couple of guys are in the backyard building a treehouse for their son Juno, who opened the front door smiling in pajamas.

On an exceptionally cold day in January, the pair invited American Songwriter into their home to discuss their most recent collaborative album, Echo In The Valley. After preparing a mug of Fleck’s famed espresso, the pair began the conversation with an important piece of news: they’re expecting a second child in June. Juno, who occasionally pops his head in the room to say hello, will turn five on their due date.

While having children has changed their personal lives immeasurably, Juno’s birth and the impending birth of their second child have also played major roles in the couple’s collaborative musical work. They first recorded as a duo, on 2014’s Béla Fleck & Abigail Washburn, as a means of trying to spend more time together as a family. It was a creative decision borne from external circumstances, and ended up winning the couple a Best Folk Album Grammy award in 2016.

“If we didn’t figure out how to play together, we’d just never see each other,” Fleck says, seated next to Washburn on a sofa. “With a child that’s just not acceptable. We would support each other and stay in really good touch. We’d be each other’s cheerleaders on our separate things. We decided to focus in and start playing dates and getting it together. We said, ‘Well we better record. Because otherwise, Papa’s going to have to go on tour to make money.’ So we made the album when Juno was very young. That was very, very hard to do with a brand new baby.”

Similarly, Echo In The Valley was also sparked by a desire to put family first. “We knew we were considering having another child, but we didn’t know if we would get pregnant,” Fleck explains. “We kind of front-loaded this album, time-wise, thinking if we have to drop out and start doing less, we’ll still have done quite a bit.”

That newfound time and space allowed the pair to focus less on logistics and more on how to work together as a true unit. Like their debut, it features only banjo and voice, with each track written and recorded in a way that could be performed live. This time around, though, it takes each of the musicians’ individual influences — old time in particular for Washburn, who also plays in the band Uncle Earl; traditional banjo and bluegrass music for Fleck, who spends much of his solo time veering away from his roots with acts like Chick Corea — into greater account, finding an equilibrium that’s rooted in a mutual love for the banjo and its rich tradition.

“Now, we’re coming back making a new record after three or four years and we really get to represent both of us,” Fleck says. “It’s tricky doing a record where one person is the singer and the other person is an instrumentalist and it’s a duo. It’s not Abigail Washburn featuring Bela Fleck as a backup artist. We’re supposed to be a duo. So how are you a duo when one person is singing and writing all the songs? It doesn’t really work that way. So it seemed like somehow I needed to get more involved in the songwriting and what was being said, aside from writing solos and arranging and all the things I like to get involved in. That was a really different process and we didn’t know how to do it.”

“We knew it was important, so that was the first step,” Washburn adds. “We really stuck to coming to each other with ideas and setting writing times, while Juno was at school mostly. We’d sit down with ideas, and someone would have a snippet of a melody or a lyric and we’d explore where that might go, trying to be really open to the other person’s idea. Sometimes we didn’t like each other’s ideas, which was painful.”

Despite occasional disagreements, Fleck and Washburn found formidable teachers and collaborators in one another, with each quick to note what they’d learned from the other during their time writing and recording Echo In The Valley. Fleck, for instance, found himself exploring space and minimalism in his solo work, while Washburn grew bolder and more aggressive in her playing with Uncle Earl.

“There’s a few places where we overlap in a very profound way,” Washburn says. “We both love the tradition that our banjo styles come from. That’s been a real unifying force for us. With the exception of me being in Uncle Earl and doing strictly old time related music, the solo music I’ve been doing isn’t specifically old time inspired. But with Bela we’ve felt a strong draw on this project to pull distinctly from the roots of the music we’re playing. So that’s been a wonderful guiding force for portions of the creative process.”

The pair also used their time collaborating on Echo In The Valley to process the difficult feelings they experienced leading up to and immediately following the 2016 presidential election. While not an overtly political album, several of Echo’s standout tracks grapple with current social issues in both forthright and subtle ways.

“‘Over The Divide’ is about wanting to think about compassion and the situation of refugees in the world,” Washburn explains. “‘Don’t Let It Bring You Down’ is about feeling flustered about the election and the divisiveness of the country and the way the media treats our minds.”

As they did musically, Fleck and Washburn found themselves meeting each other halfway when it came to deciding how to address social issues in their new music. Fleck explains that, having witnessed the Civil Rights movement and Vietnam War protests as a young boy, his inclination is to follow in the footsteps of late-’60s protest singers, while Washburn “had a different point of view.”

“She grew up in a household where one half was Democratic and one half was Republican, and she was looking for consensus and a middle ground and a listening to each other’s point of view,” Fleck says. “I thought there was an opportunity to make a record that spoke to a time that we’re living in that’s unique.”

The album was released to critical acclaim and sent the pair on a lengthy tour, which included several intimate gigs at small venues around Nashville. They’ll continue to play shows through the spring, wrapping up at MerleFest in late April so Washburn can prepare for their second child. They plan to take some time off at that point, though, knowing their histories, it wouldn’t be surprising if new music began to take shape during that downtime. But until that third album comes, each musician can rest easy knowing that should inspiration strike, their musical soul mate is probably sipping coffee in the next room. 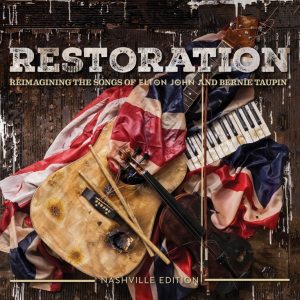 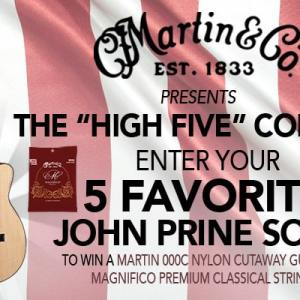