“What we are reluctant to touch often seems the very fabric of our salvation.”

Benjamin Booker was floating somewhere in the sky over Mexico when he stumbled across this line in Don DeLillo’s White Noise, on his way to spend a month in the country’s capital with little plans as to what he would actually be doing there once he landed. Booker doesn’t speak Spanish and bought the ticket on a whim; it had been an especially rough bout back in New Orleans where he’d dodged gunfire and had his home broken into, all while adjusting to life after two years on the road supporting his self-titled debut LP.

“I just needed to get out,” says Booker, calling from his home in Los Angeles’ Echo Park before heading out on a trip to Joshua Tree with a friend. “I got the ticket and didn’t know what was going to happen. Was I going to stay there, or come back?”

He did come back, after spending his time in a rental apartment near the center of Mexico City, which served as home base when he wasn’t drinking Mezcal, visiting museums, sitting in local parks, seeing music at El Imperial, fighting Montezuma’s Revenge or writing songs for what would become Witness, his second album. Though Booker crafted much of the material while his feet touched the warm pavement of the foreign town, the tracks all spiraled out of that DeLillo quote, discovered thousands of miles above the Zócalo as he prepared to descend into an unknown land.

“I was immediately like, ‘This is it,’” says Booker. “I got a piece of paper and wrote that quote down. I wrote down a list of things, and that list became the basis of the album – those things I was reluctant to talk about. That became the songs. The last record was me dealing with my problems with other people: my relationships to family, to friends, to my girlfriend. I think it was more a ‘what people were doing to me’ kind of thing. This record was ‘Okay, let’s look at what you’ve done to yourself.’”

DeLillo’s White Noise is one of those classic postmodern works that was revelatory in 1985’s increasingly consumerist society but seems almost absurdly astute now: its characters shop in order to survive, are blind to their own hypocrisy and would rather exist in a world where the television is a demigod than accept the innate pain of their own mortality. Here Booker was, on a plane, fleeing from everything he knew, when he realized that there was no salvation in white noise. Instead, he’d have to touch whatever it was he was reluctant to. He had to be a witness. And maybe more.

Booker spent most of his childhood in Florida, the son of a father in the military and a mother deeply embedded in the church. Neither quite appealed to him – instead, he frequented punk shows (bands like Bad Brains were favorites) and studied the performing arts, though in college he ended up majoring in journalism, thinking he might write about musicians instead of becoming one. Booker still crafted songs, dropping an EP in 2012, Waiting Ones, which ended up getting some traction on Sirius XM – and, after one particular 30-minute local gig, he was signed to ATO Records. His self-titled debut, produced by Andrija Tokic, was recorded at the Bomb Shelter in East Nashville — its success lead to a tour with Jack White and appearances on the late night circuit, and garnered numerous accolades for its progressive sort of garage punk blues.

But second albums can be scary things – those sophomore slumps and all – and it can be easiest to essentially make Debut Part II, but Booker wasn’t going to stay safe. Instead, he chose to change everything. He traded his home in New Orleans for Los Angeles, changed producers (Sam Cohen) and recorded in Woodstock and Brooklyn instead of Nashville. He brought in influences like the thunderous funk of Sly and the Family Stone’s Fresh, ’90’s hip hop and African music from the ‘70s – there are little remnants of the role that had Booker dubbed as some sort of modern bluesman, though it’s doubtful if that was ever really there to begin with. Instead, Booker points to artists like Neil Young, who often morph with each record, as touchstones.

“One of the things that lead me to this job is a strong curiosity,” he says. “Even from when I was younger, I envisioned having multiple lives. I never thought I would be anywhere for my whole life. For me, I need every five years or so to change things completely around. I wasn’t in the same kind of place, and I wasn’t going to make the rock record again. I couldn’t do that if I tried.

Benjamin Booker had a sense of “anger and confusion,” he says, but his mind frame for Witness was notably different. He was thinking a lot about personal responsibility, about our role in this world and about what happens once life is over (or, more appropriately, what probably doesn’t). “Digging deeper was something I wanted to do,” he says. “To stop blaming other people and start looking at the things I needed to change about myself. These kind of existential things happen to you around my age – a quarter-life crisis, I guess. I think I am at the point where I was like, ‘Well, you have to decide what kind of person you want to be,’ and that’s what the album comes down to.”

The album’s title track – an explosive gospel-tinged revelation – tackles much of this existential question.  “Witness,” featuring vocals from the incomparable Mavis Staples, wasn’t even supposed to make the record: it was a little too different from what he and Cohen had worked on thus far, but something about the message made it seem too urgent to pass up. “We thought that we saw that he had a gun/ thought that he looked like he started to run,” Booker sings before Staples brings it home with the essential question: “Am I gonna be a witness? Just gonna be a witness?”

That small “just” is at the song – and the album’s – core: is just being a witness ever enough? It’s easy to flap around in blissful ignorance tuned to your own breed of white noise, believing that it might be simpler to save yourself than the greater good. Witness wonders if that’s even possible: ignorance is bliss, but it’s also fiercely contagious. Booker, always a voracious reader and writer, didn’t ever fall into that category — he worked in Americorps after college and is still involved in non-profits — but one specific blemish on our country’s already scarred existence never quite left his consciousness. And that was the shooting of Trayvon Martin. Booker was in school not far away when the teenager was shot and killed for no reason at all, except for the fact that he happened to be black.

“I had been struggling with everything that was going on,” Booker says about the rampant instances of police brutality breaking out nationwide. “But I remember when Trayvon Martin happened. That had a huge effect on me. It was so close to where I was. And the kid didn’t look at all much different from me. He wasn’t a bad kid – I could sympathize with him. “Witness” was just about this breaking point, this overwhelming feeling of helplessness. And the song is about looking at the community around you and the world around you, and seeing it crumble and feeling like you can’t do anything about it. But also trying to work past that feeling and hopefully be able to make changes. I was thinking about my mom, and what it’s like for her to have a son that’s out there, my sisters, my father …”

Witness challenges how much we digest and tolerate – just how long can we ignore and cast aside discomfort in favor of a happier existence? Just how many lies can we tell ourselves in order to do so, and is it ever okay? It’s an extremely cogent question in the age of fake news and Trumpism, where it’s more difficult every day to chisel through the tweets in search of a buried reality. The idea of truth is something Booker searches for feverishly on songs like “Believe.” “I just want to believe in something/ I don’t care if it right or wrong,” he sings to a simple, soulful groove.

“My father had joined the military and that was the thing that he believed in,” says Booker. “My mother did the same thing with religion. That was the thing that put their life in order, that pushed them forward and gave them purpose in life. At the time, I had an overwhelming feeling of wondering if I believed in anything at all. I was tempted by the people who were able to do that: people who could just put their lives into something. I wanted that so bad. The older you get, the more you realize you don’t know anything and everything is a lie, and it’s easy to feel defeated and just want to find something to cling on to. It’s okay, but it can also be dangerous.”

This exploration also rolled into religion, or the lack thereof – and how to manage the fear of life coming to an end when there is perhaps no heaven to fall back on. “Death, it’s hard to imagine,” he chants on the album’s opener “Right On You.” It explodes with an electric urgency and propulsive drums – it’s the closest to the punk chug of Benjamin Booker that Witness gets, but it also begs for contemplation, and is meant to rattle you loose and let the rest of the songs help to pick up those pieces. Death – it is hard to imagine, but it’s something that Booker was confronting on a daily basis on his television set. Trayvon Martin looked like him. It could have even been him. Witness is often concerned with the fact that while it might not be us next, it will certainly be someone – and that someone matters. We all do.

The album ends with a similar fury: “All Was Well” incorporates lines from “Samson And Delilah,” the traditional covered by everyone from the Grateful Dead to Blind Willie Johnson. “And you know this won’t be easy, but I’m trying now/ I’m gonna tear this building down,” he sings at the close in a near whisper – there’s an uncertain quiver in his voice, as if he’s nearly gasping for air. It’s a two-minute song that was whittled down in the studio from what Booker claims was “a 19-minute blues Krautrock jam.” Two minutes that do more than most could with eight times that amount.

“The whole album is shedding this ego,” Booker says. “Making the conscious effort to be better, and just tear down the old person that I was.”

Booker’s new life, for now at least, is living in Los Angeles – part of the reason he moved there was so he could get involved in some local nonprofit programs, especially in the realm of early education. “I’m trying to turn in all my paperwork to do creative writing in inner city schools,” he says. “I was so lucky as a kid to have one or two teachers who recommended me for things and completely changed my life. Maybe I can’t end gun violence or racism, but helping people to figure out how to find their way creatively is maybe a way out for people. That’s what happened to me. That’s how I got out.”

Because Booker’s not going to be just a witness. He knows where some salvation is hiding, and he’s going to force our hands to touch it – reluctance and all. 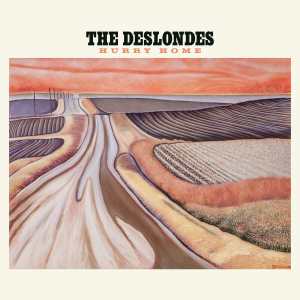 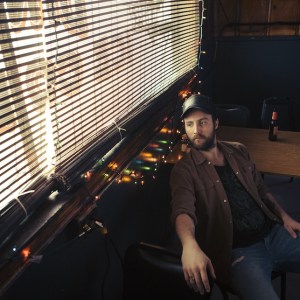