Mariel Loveland is temporarily shacked up with her sister in New Jersey. This familial tie is just what she needed following the recent global pandemic and the ensuing protests throughout the U.S. As the entire landscape of the U.S. remains in flux, Loveland is still. She’s using this time to reflect, write, and try to wrap her head around the release of her latest EP Good At Feeling Bad (No Sleep Records).

The Brooklyn-based artist is finding it difficult to feel celebratory with everything going on, and says that her decision to stay inside today was an easy one. “My sister makes me completely change my clothes when I go outside,” says Loveland. ‘But I don’t have that many clothes left, so maybe not today.”

Loveland, also known as Best Ex— her incarnation since 2017, after leaving behind her former moniker of Candy Hearts, originally formed more than a decade ago—has been pleasantly surprised by the early response to Good At Feeling Bad. She’s still taking in the album herself and has already deviated from the auto-pilot anticipation of touring, and shifted back into a writing phase again.

“I remember what it was like to do the record, then go on tour,” says Loveland. “I can’t do that now, so it does take the pressure off a bit, because tours are always something that was so high pressure in my career.” Although it was never said directly, she remembers the implied message of “if you don’t do this, your career is going to be over or you’re going to be ruined,” specifically during her Candy Hearts days.

“Maybe it put a fire under my ass,” she says. “I think it worked for my other bandmates, but it was just not a good approach for me.”

Instead, she ignited her own fire: Best Ex. Releasing Ice Cream Anti Social in 2017, Best Ex took a more indie route from the Hearts’ punk-pop, moving into a more electronic realm. Prior to the COVID-19 shutdown, rehearsals centered around capturing the full orchestration of the new sound, live, and as a duo, so Loveland found herself religiously watching Chvrches performances since the band relied heavily on drum machines in their earlier days.

“We’re playing in a new way with new instrumentation that we haven’t done before,” says Loveland. “We were just starting to work things out as a duo live, which was a whole new pressure, because I always rely on a drummer behind me to cover up my mistakes. Now, it’s all electronic, and we’re using a drum machine, so it was a whole thing we were figuring out. Now the pressure has been lifted, because we can’t do all the touring we planned anyway.”

Recently penning a love letter to her exes for a publication—serving as contributing writer for various publications is Loveland’s other creative outlet, or “day job”—her love life was the root of Good At Feeling Bad—from a failed relationship that moved her to the United Kingdom, then back home to the U.S., feeling dejected by friends, and her resolve to rise above these tribulations. Where Loveland landed was more self-assured and content in her single-hood. Yes, she’s good at feeling bad now.

Traipsing through a timeline of emotional upheaval, anxieties, and uncertainty around her life at the time, the six-track EP, produced by Young Rising Sons’ Andy Tongren, lyrically reveals a reassured Loveland plucking herself out of relationship woes from the more empowered electro-flowed opener “Gap Tooth (On My Mind)” to the moodier pop of “Bad Love,” her ode to salvaging herself in the chaos of bad love. “Lemons,” Good At Feeling Bad‘s more anthemic track, finds Loveland imbibing in Penn Station, yet relays something more profound as she proclaims I can be my own best friend.

“I’m so happy that people are interpreting it [“Lemons”] as a hopeful track, because it’s telling people who don’t care about you that ‘I don’t need you, I can be my best friend,’” says Loveland. “When I wrote it, I was trying to get myself to believe that.”

Everything is relevant since each song is directly connected to Loveland’s life. Good At Feeling Bad is a collection of Loveland’s own divinations of the person she wanted to become.

“I always say that I write the future, because it’s just stuff that I’m trying to convince myself of, or maybe it’s facing other things that I don’t want to admit,” says Loveland. “When I wrote ‘Lemons,’ I wrote that because I was feeling really sad that my best friends didn’t seem to be there for me, and I came to this realization with my relationship at the time, that I would always be alone if I chose to be with him. So I was writing ‘I can be my own best friend,’ and then it turned out later, while pretending everything was totally fine, that it wasn’t true.”

Eventually being honest with herself, Loveland’s second sight into her life is unraveled in song. On the more dance-y “Feed the Sharks,” she’s trying to convince herself that she doesn’t care what people say about her. ‘”To tell you the truth, when I wrote that, I definitely didn’t feel that way, but now I do,” says Loveland. ”So it was the flip with that one.”

Most of Good At Feeling Bad was written years ago and something Loveland sat on for some time until the stories fully formulated. “Whether it was one line of a lyric or a tiny piece of a melody, I have a running log of those things and the actual song just happens for me,” she says. “It just comes to me when I’m walking or driving. I’ll open my mouth, and it’ll just come out because I’m always thinking under my breath—and sometimes in my dreams.” She does often dream of writing a song.

“I’ll be sleeping and I know that I’m in a dream and I’m writing a song or something,” says Loveland. “I’ll have it in my head, but it does take work to cultivate it into an actual, full song. Developing the full expansive sound, the lyrics, and the story takes a lot longer, because if I’m not feeling it, or I have nothing to write about, I’ll just leave it. It could be a year. It could be two years.”

Now, since touring is off for the unforeseeable future, Loveland is writing and, despite the current circumstances, is excited about Good At Feeling Bad. She’s even working on her next album—still in its earliest stages.

“I’ve been writing stuff, and it’s all just been so sad and slow—much more close to the track ‘Two of Us’ [Good At Feeling Bad], but that’s not an album that I want,” says Loveland. “I’m waiting to find that fun kind of song. There’s always one song where I’ll write it, and it’ll come to me, and I’ll be like, ‘that’s the one. I haven’t stumbled upon that song yet, but I think I’m very close.”

As the country motions through a major transformation and most things are still in lockdown, Loveland is taking it all in from her NJ post. She’s absorbing everything, and contemplating what’s next for her. “I just need to live a little bit more,” she says. “And right now I can not live all that much.”

In the meantime, she’s also going to give Good At Feeling Bad a proper listen. Almost ceremoniously, Loveland has her own system of reviewing her music once it’s released to the world.

“I still have to listen to this album on my headphones, walking around,” she says. “I haven’t done that yet, but that’s the mark for me where I’m like ‘is this good?’ This is good.” 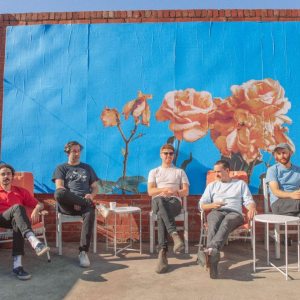 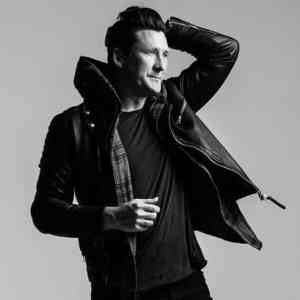