Dave Alvin is one of our best songwriters. He wrote almost all the original material for the Blasters’ brilliant first four albums between 1981 and 1985. He wrote “Long White Cadillac,” a top-40 country hit for Dwight Yoakam and “Marie, Marie,” a top-20 U.K. hit for Shakin’ Stevens. His second solo album (Blue Blvd. ) and his ninth (Ashgrove) are two of the best Americana albums of all time. And yet, for all of Alvin’s achievements as a songwriter, he continues to record songs by other writers. There’s a lesson here.

This year, for example, Alvin has released two records. The first, released in February, was credited to and named after the psychedelic-rock sextet the Third Mind. It included songs associated with the Grateful Dead, the Paul Butterfield Blues Band, the Thirteenth Floor Elevators and Alice Coltrane. The second album, From an Old Guitar: Rare and Unreleased Recordings, due this week, is a solo album stuffed with songs by Bob Dylan, Doug Sahm, Willie Dixon, Chris Smither and more. Why would such a gifted songwriter devote so much time to other people’s songs?

“One reason is the sheer joy of playing them,” he says over the phone from his cactus-studded property in Los Angeles’s Silver Lake neighborhood. “A second reason is that’s how I learn what’s possible. Because I’m a self-taught guitar player and a self-taught songwriter, I’m still learning song architecture. For example, ‘Inside’ is a song by Bill Morrissey, who was a very good friend of mine. When he died, I was devastated, so I started doing that song live and eventually I wanted to record it. What’s fascinating to me is he never plays the one chord. He gestures to the tonic, but you never quite get there. Maybe Cole Porter or Joni Mitchell did that, but I’d never experienced that before. You learn a lot dissecting songs–‘Oh, you can do that, and you can do this.’

Get it on vinyl.
Buy from Amazon

“A third reason is challenging yourself to reinvent a song. You take the original and then tear it apart. How do you do a song like ‘Highway 61 Revisited’ that’s not like Dylan, not like Johnny Winter? Dylan did it as a blues, leaning on the one chord, but I brought it what I call spooky chords, these suspended chords, to set up the refrain at the end of each verse. I wanted to sing it somewhere between Mose Allison and Ken Nordine. The Dylan version has the siren and the jokey/jiving feel, but I wanted to bring it down to the darkness. I wanted the guitars to sound like avenging angels, like you’re driving down the road late at night, and you see these apparitions flying at you until we get back to the one chord.”

Learning other folks’ songs has been a lifetime habit for Alvin, ever since he and his older brother Phil formed the Blasters to play the music of their favorite blues and rockabilly singers: Howlin’ Wolf, Carl Perkins and Big Joe Turner. They learned that material inside out, only to be told by Rollin’ Rock Records that they needed some original compositions. The quartet agreed that they’d go home and come back the following week with two original songs each. The other three returned empty-handed; Dave had three songs. Of course, he had an advantage: not only did he know the blues inside out, but he was also a fledgling poet.

“I went home and said, ‘How do I write a song?’” Alvin told me in 2004. “I thought about it and said, ‘Well, what if you combine Chess Records, Sun Records and small press poetry? If Willie Dixon, Leiber & Stoller and Charles Bukowski sat down to write a song, what would it sound like?’ The women I slept with wrote poems; the guys I got drunk with wrote poems. I had read my poetry in public, but Phil would have to drive me, because I would have to be drunk to do it. Songwriting was equally scary. The three songs I took into the first rehearsal were ‘Flattop Joint,’ ‘American Music’ and ‘Barn Burning.’ ‘Marie, Marie’ came a few weeks later.”

His interest in poetry connected with his admiration for the lyrics of Percy Mayfield and Merle Haggard. His interest in poetry gave him an immediate connection with John Doe and Exene Cervenka of X, a band he would join briefly after exiting the Blasters. His main contribution to X was the song “Fourth of July.”

“That’s one of my most personal songs,” Alvin acknowledges, “and ironically it’s now one of my universal. I was 21; I was sitting on the stairway of a duplex, smoking a cigarette while my woman was having an anxiety attack, and these Mexican kids were shooting off fireworks below. I said to myself, ‘This is a poem.’ That’s 1977.

“In 1986, I was sitting with a different girlfriend, watching our friends bowl, and the music for the words came into my head. As soon as it happened, I told her, ‘We’ve got to go.’ When I got home, I worked out the music. The poem had been three pages long, so I had to whittle it down. When I got it, I called her on the phone and played the song for her. ‘This is why we had to leave,’ I said. She said, ‘That’s a pretty good reason.’”

Not every song takes that long. Alvin compares songwriting to childbirth: sometimes it pops right out; sometimes it requires a caesarean. But even the songs that seem to come quickly are often the product of your subconscious grinding away at the raw materials while you’re thinking of something else. The birth may seem easy, but there was a long pregnancy before that.

“When you’re in a songwriting frame of mind,” Alvin adds, “It’s a full-time job.  You’ll be sitting with the guitar in your lap, and in the course of writing the song, you have to go get Mexican food, but that doesn’t mean you stop writing the song. While you’re ordering at the counter, that other part of your brain is still working.

“Even if a song comes in a red-hot flash, you have to come back with a cool head and say, ‘This part is really good, but this part isn’t.’ It’s painful to cut certain phrases, but when you sing the song, you realize the song is better without those phrases. And sometimes you can use those cut phrases in another song. The lines about the guy visiting the woman in the trailer park in ‘Out of Control’ came from a song that didn’t work.”

Early on, he adopted the habit of recording whatever song he was excited about at the moment—whether it was an original or a cover, whether it had a place on the next album or not. He was always up for contributing to a tribute album for someone he admired. That’s how he wound up with 16 songs, recorded between 2000 and 2017, for From an Old Guitar. Included are a dozen covers, three originals and “Variations on Earl Hooker’s ‘Guitar Rumba’,” none of which had been on a Dave Alvin album before.

“My plan has always been to keep music fun,” he says. “This business can be so dispiriting, so I like to do things for fun, to remind myself what it was like when I was a kid playing in a garage. You figure out how to play ‘Louie, Louie’—‘Oh, the five chord is a minor’–and that’s a blast as well as an important education.”

It helped a lot that Alvin had support from his labels—first Hightone, now Yep Roc—to follow his muse wherever it led. It also helped that he found a local studio that he could use as his personal playpen. It has recently been sold to make way for more condos, but for 16 years the Winslow Court Studio, operated by engineer Craig Adams, was where Alvin did all his recording—both for albums and for the hell of it.

“My friend Greg Leisz found it for me,” Alvin says. “My first day there, when we were recording Ashgrove, we were sitting in a circle, each of us with an amp behind our chair, in a room slightly larger than the Sun Studio in Memphis. I turned to Craig, and said, ‘Is it OK if I turn up my amp?’ and he said, ‘Sure, go for it.’ I said, ‘You’re my guy.’ And he has been ever since.”

When he was reading John Szwed’s biography of Miles Davis, Alvin became fascinated by Davis’s method of gathering his favorite musicians, letting them just play for four days and then editing the results into coherent music. Alvin is not one to ignore an idea that might be both educational and fun, so he invited indie-rock singer Jesse Sykes, Richard Thompson drummer Michael Jerome, Cracker bassist Victor Krummenacher and John Hiatt guitarist David Immergluck to Winslow Court to try the same approach.

“We knew we had to get from Point A to Point Z somehow on each track,” Alvin writes in the liner notes, “but we’d have to cut our own pathway to get there. Using the Miles Davis technique, there were no rehearsals or written musical arrangements. Just decide on a key, start recording and see what happens.  During the sessions we simply sat in a circle and looked and listened closely to each other as we made everything up live on the spot. We chose songs/compositions primarily identified with the 1960s underground scene as a tribute to the open-minded music of that period…. And it worked.”

From an Old Guitar contains three originals: “Beautiful City ‘Cross the River,’ one of three songs he wrote for the Justified TV show; “Signal Hill Blues,” the tale of a misbegotten hook-up and an outtake from the Eleven Eleven sessions; and “Krazy and Ignatz,” an instrumental duet with Alvin’s ratty guitar throwing bricks at Cindy Cashdollar’s feline dobro.

In coming year or two, Alvin hopes to record another Third Mind album, a solo album of his own songs, a second album with Jimmie Dale Gilmore and another album with his brother Phil. These will include both new compositions and reworked older songs by other people, but Alvin sees them all as part of the same process.

“When I do covers,” Alvin explains, “I consider them my songs. The first thing I ask myself is, ‘How do I personalize them?’ Willie Dixon was a friend of mine, but I had to figure out how to do justice to his song ‘Peace,’ which I’ve always loved. So I added a new spoken part. I felt like I could do Micky Newbury’s ‘Mobile Blue,’ because I understood that character perfectly. I rearranged the Peter Case song, and when he heard it, he called me up and said, ‘I never thought of it as a Gaelic song.’ I said, ‘It’s a good song no matter how you do it.’” 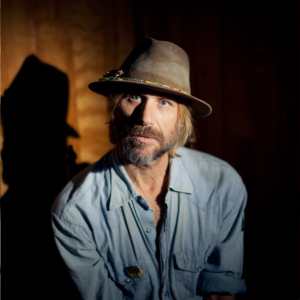 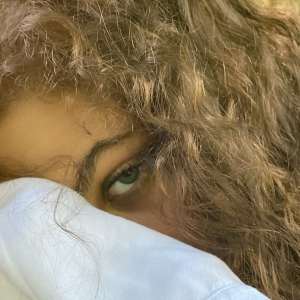