There’s a term for guys like Ward Davis and the music they make. Back in the day, they called them outlaws and their music outlaw country, but the outlaw term has been worn out and homogenized. Call it real, call it authentic, call it actual country music with an actual soul. Whatever you want to call it, know this, they don’t make guys like Ward Davis on today’s Music Row.

That’s not to say the Row didn’t have its chance. There once was a time when Ward was right in the middle of it all, busting his ass for a shot at success. For over a decade Davis was down there every day swingin’ like he just might win but came away with little commercial success to show for it. Sure, he landed some songs with Trace Adkins, Willie Nelson and Merle Haggard and a few others, but for the most part it was a steady diet of rejection.

“I moved to Nashville twenty years ago,” Davis recalls. “You know, you move from a small town where you’re a big deal but over the years, you figure out you’re not that big a deal when you get to a big pond like Nashville. My little tenure in town was about 15 years and it was mostly really hard.”

It was around 2015 when it became clear to Davis that his heart and mainstream country didn’t jive, so he broke off and went his own way. Still writing both for and with other artists, Davis made the move to put his own artist career out front. He’d have to go the independent route but that was ok with him. After all, he’s not the kind of guy who is afraid of hard work.

“It’s nice to finally have some things going my way and have a future in front of me. I never thought I’d be forty-one years old and on the front end of what I’m doing but I can actually see the growth. To see the crowds growing, to see my streams steadily on the rise, it is a lot more gratifying. I’m not as disheartened as I was when I was in Nashville.”

The kicker of it all is the Ward Davis that’s making it happen today is the same guy who was writing songs and performing all those years in Nashville. There’s a reason Willie Nelson & Merle Haggard cut his song for their Django and Jimmie album, because his songs come from the place where country music is supposed to come from. Screw the teenage, Fireball, Yeti crowd, sometimes you need a good murder ballad in the mix. You need to rip out pages from your less-than-perfect life and show them to the world. Hearts don’t break, they bleed, and a great artist will write that into a song and let it drip into the mic. That’s the kind of honesty mainstream country is missing these days and that’s just not acceptable to Ward.

“Can you Imagine a world without “Sunday Morning Comin’ Down?” Those are the songs about real life, that have the most pain behind them, the most perspective. Those are the best ones to me. The human factor has been missing in country music for a while and I think people are tired about hearing about this Fireball, blue jean fantasy world where every night is Friday. Life isn’t like that and the fans that I see and talk to, they’ll point to a song and say ‘hey, that’s about me, I went through that shit too’ and you just don’t get that. We all were eighteen and twenty-one at one point. We all had our parties, but country music is people music and I think people are longing to hear someone sing about what life’s like now, not what they did when they were twenty-four years old.”

Ward delivers on that sentiment in spades on his new album Black Cats and Crows and you only need to look as far as the song “Good and Drunk” to see that nothing is off limits in Davis’ vision of country.

“I wrote that song when I came home from tour and my (then) wife wouldn’t let me in the house. I opened the door to the garage and while I was out on the road, she had packed up everything I owned and put it in boxes in the garages. Just stacks of boxes. It was the middle of the afternoon and I wanted a drink, but I couldn’t because I didn’t know which box she put the whiskey in. I had my guitar out, so I just sat down and started noodling that out.

“I don’t think it bothers me being so honest or vulnerable because the end result is man, if I didn’t make these mistakes, I wouldn’t know any better. I wouldn’t have the perspective that I have. When I was divorcing my ex-wife it was a horrible, horrible breakup and we have two little girls. It was really, really hard and I felt absolutely alone in that. Not only that, I felt like I was the only one that knew how bad that felt. And really, how foolish of me, because divorce happens all the time.

“You’ve got to stand on what you’ve done and who you are. I guess I’m just not afraid to show that.”

While most of the songs on Black Cats and Crows were born of the pen in Ward’s hand, he knows a great song when he hears one and like all of the greats, he’s smart enough to snag them when he can. That shining moment on the album comes in the form of “Papa and Mama.” Written by Ray Scott, another unabashedly country artist who Davis played keyboards for as part of his backing band, “Papa and Mama” is a story song that comes with one hell of a twist.

“Ray is a master craftsman at chiseling away at lyrics and writing stories. There are a couple that he’s written that really stand out to me, but I think this is my favorite. I’ve known him a long time so I might be a little biased but man, he’s just one of the best. His writing never ceases to stop me in my tracks.”

While Davis was building this album over the last four years, recording for Black Cats and Crows went right up until the Coronavirus pandemic hit the United States. In fact, Davis recorded the vocals for the title track on February 28th and had every intention of going back in to recut them. The universe however, had other plans.

“I had a sinus infection and originally, I was going to go back in and recut the vocal because it was so raspy. But then Covid hit and my producer wanted to wait to see what happens before we started working again. Thing is, I had a deadline, so I called my manager and told him we were just gonna go with the vocal we had on there.”

Sometimes it’s better to be lucky than good. Not only did the sinus infected vocal work well within the song, for all intents and purposes the album was done. Just one more week and the album would have been sitting unfinished for who knows how long. So, while Covid did kill his 2020 touring plans, at least he (unknowingly) beat it to the punch to get the album done.

Still, the pandemic has been tough. For indie artists that don’t benefit from mainstream radio airplay or have handfuls of platinum albums hanging on their walls, the road is where they make their money. Equally as important, it’s also the best way for them to introduce their music to new fans. It’s a tale as old as time. You tour through a market and hopefully get thirty people. Next time through, those thirty come back and each bring a friend, and so on and so forth. That’s how you grow an audience. That’s how you grow a fan base. That’s how you build your career.

Alas, that’s off the table for now and the foreseeable future. Still, Davis is proud of this album and right now, Black Cats and Crows is the bridge to keep them all connected until we can all be together in front of the amplifiers again.

“The fans that I have right now, I want them to get the same feeling that they know who I am that they got from the first record from this record. As long as I’m just myself, hopefully I’m not gonna run anybody off and maybe I’ll pull a few new people in.” 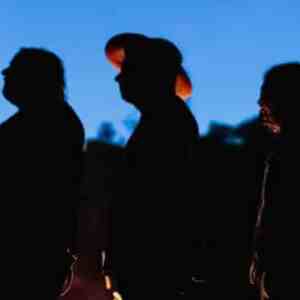 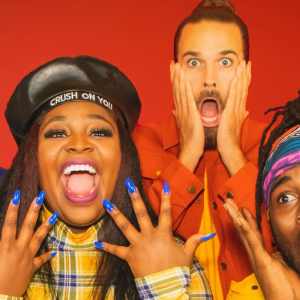