Even if you don’t know Tarriona Ball as well as her friends do, she’ll still tell you to call her Tank. Her cannot-be-contained smile will shine through the phone, even if it’s the first time you’re talking to her. It’s part of what’s made the New Orleans outfit she fronts such a beloved entity among its fans. Tank, together with Albert Allenback (saxophone & flute), Joshua Johnson (drums) and Norman Spence (keys) make you feel like you’re always part of their circle.

For their latest offering, the 2017 NPR Tiny Desk winners have assembled some of their closest real-life music pals to create an EP, titled Friend Goals, that’s releasing this Friday. “We were thinking, ‘what if we made an album of our musical friends that have come along, that we’ve met, on our journey?’” Tank tells American Songwriter. “That’s when the idea came about to get all our friends together and do something really cool. Because we really do have friend goals. Like, one of my friends is Jill Scott. That’s a friend goal — it’s pretty amazing!”

For the 6 tracks on the album, which follows their major label debut, Green Balloon, the band with the inimitable sound, thought about which of their friends would suit the song in question. “The songs kind of have these personalities about them that you just know that someone you’ve met in your lifetime would sound so complimentary on,” says Tank.

Most of the tracks had to be recorded across distance, on account of the Covid-19 pandemic, while some were done in the home studio the band built during the quarantine. “It was definitely a learning curve and different for us,” she says. “But we were already on the road so much that a lot of it would have been done virtually, even when the pandemic wasn’t going on.” The band set about creating the connection they have with their fellow musicians that comes through the EP, which, in true Tank and the Bangas fashion, mixes hip-hop, funk and soul into a fun and deeply relatable set of songs.

Opening track, “Fluff,” is a breezy venture through Tank’s time at Coachella, when the band played there in 2018, featuring Duckwrth. “I was inspired by Frank Ocean and my experience being there,” she says. “Watching all these women — a certain type of women — and just observing the lifestyle, what people think it is and what it actually is. It’s such a fantasy,” she says. “People buy these expensive tickets only really to take pictures for online.”

The online world is also evoked in the track “Mr Insta,” featuring Nigerian-American rapper Chika. “I call it being in the matrix,” says Tank. “Because when you’re on social media, it’s hard to get out of it. It can be a huge distraction,” she says. “But it is a tool — it can be for helping or hurting. You have to use it before it uses you.”

“Self Care” was one of the two tracks Tank made a music video for during the quarantine. Featuring Jaime Woods, Orleans Big, Anjelika ‘Jelly’ Joseph, it’s a glorious ode to spending quality time with oneself. “This was the time to really take care of your body and your mind and see where you are,” says Tank. “Especially for me. I was able to just really think about some things. I needed my life to slow down for just a little bit, just to see what was going on. It was like an adult time-out and I really needed it.”

For Tank, and the band too, life has been nonstop since winning the Tiny Desk concert and subsequently being nominated for Best New Artist at the Grammys earlier this year. “[NPR Host] Bob Boilen said my life was about to change,” she says. “I didn’t know what he was talking about. I know now,” she chuckles. But she does believe, as intense as touring is, she was born to perform. “I was such a bold child growing up — it feels really natural to me,” she adds.

Part of that touring means one too many uncomfortable experiences with TSA, which inspired the song of the same name. It features Grammy winner PJ Morton, who was also one of the friends that joined Tank and the Bangas’ cover of “What The World Needs Now.” “I’ve had moments where I’ve definitely had to cry in airports after having stuff that was important to me be taken away,” says Tank. “It’s always some hair or body stuff, that you’re so tired from traveling that the night before you just threw in and totally forgot about.”

A highlight on the EP is “To Be Real,” which brings together Hasizzle, Keedy Black and Big Choo in a celebration of New Orleans’ unique bounce genre. “People underestimate how difficult it is to do a bounce show,” says Tank. “It takes an immense amount of energy, wordplay and creativity. They were just absolutely perfect. I didn’t have to give anyone too much direction. They just killed it naturally, because this is something they do. It’s in their bones. And it was so important for me to do a song that was so New Orleans. Bounce originated here. Everybody likes to take bounce music and do their own thing with it and I thought it was important for us to honor it. And I really love the song. It feels so good!”

Indeed, the whole EP feels good to listen to. With or without friends.

Vinyl or Digital
Buy from Amazon 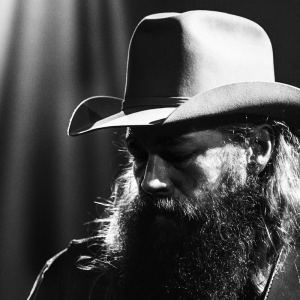 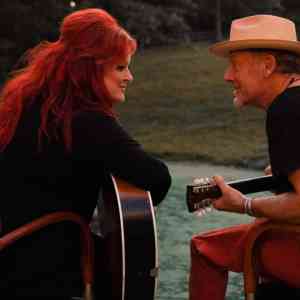