As we close out Black History Month, American Songwriter brought together four diverse Black artists—Singer/songwriter and guitarist Malina Moye, R&B singer and part of Prince’s New Power Generation Liv Warfield, genre-blending multi-hyphenate Shaboozey, and singer and guitarist for the Black Tones, Eva Walker, who also moderated the panel— to talk about being Black in the music industry and their individual careers.

“The theme for today’s discussion is the diversity of Blackness both in music and life experiences,” Walker said kicking off the panel.

The conversation between the four started out with introductions and a discussion about how their upbringing influenced their ear for music. It quickly led to the artists talking about the experiences they encountered as Black artists breaking into their specific genres.

“As Black artists, a lot of outsiders pick us as being one dimensional. And I say that to say, someone would look at me and be like, ‘It’s R&B.” And it’s definitely not just R&B. Cause a lot of people might see me doing some maybe rock influence and they’ll be like ‘Oh, you’re rock.’ Not necessarily. It’s a gumbo pot of a lot of influences that I have so the one dimensional-ness about us as a people as black artists that’s kind of sometimes my frustration because it’s a lot now,’ Warfield stated. ‘Social media and the way of the world now have allowed us to have access to millions of artists. So you have to think of Terrence Trent Darby was doing this stuff waaay before. When you see these artists, you’re like, ‘Oh my God, this is such a new sound.’ I’m thinking like, ‘Nah, we’ve been doing this,’ but now you think of us as this whole commodity.”

“I always look at it like this—I always say we all have the access to the same notes, the same scales, the same progressions. What really separates everything is the story you wish to tell. But it’s all the same stuff,” Moye says. “I was never that person wanting to put labels on us or genres because I’m like, ‘The notes don’t know they’re supposed to stay in this lane or this spot or this spot’. It’s crazy. That’s the artistic side of it, but then when you start to think of the business, the business sometimes what they do is they look at you like Liv said, and they say, for me, in the beginning, they would say, ‘Oh Malina, please put the guitar down because Black women just don’t play electric guitar like that. Just sing and dance.’ And I said, ‘But I like to play guitar.’ So then it was like I had to constantly have to fight and then you just have to stay in your lane no matter what, it may take you a while. That is what inspired me to start my own label because I figured I would need my own money, my own label because I see my own visions for myself and I knew that someday, the world would see it too.”

Shaboozey added, “I was lucky to come and be born in a time when people have been super accepting. I’m also someone who carves my own lane and my own space. I try to take the things that people would consider a block for them and turn it into an opportunity. I’m in it to make history too, so I don’t want to be the hundredth man to do something. I feel like I can be the first of something new. It’s been pretty accepting. I’m very blessed to be around people that really love what I do and just make good music. That being said. I’m very blessed. Haven’t had too many crazy stories, it’s been amazing so far.”

“That’s why we are doing this, this theme of diversity,” Walker interjects. “Yes, we’re Black, we all identify as Black but we’re individuals at the same time, we’re not all the same. We don’t all have the same exact experiences. Where some people face issues trying to get into something and other people are like, ‘Actually it was pretty easy for me,’ and that’s so important because they just see it like you’re black, so you’ve done all of these things, you relate to this person in Chicago. Well to a degree, but also not really.”

Don’t miss the full panel discussion below and watch as the artists discuss how they would each change the world if they could: 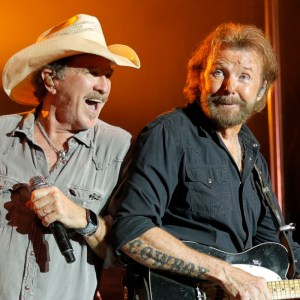 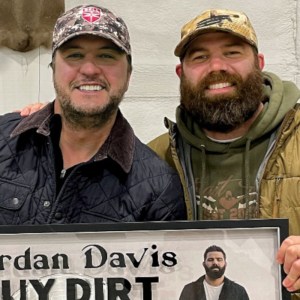