Jordan Davis, his brother Jacob Davis, Matt Jenkins, and Josh Jenkins were on to something special when they gathered at a cabin outside of Murfreesboro, Tennessee for a songwriting session. But little did they know that what they were about to embark upon was the creation of the ACM nominated song, “Buy Dirt,” performed by Jordan himself and featuring Luke Bryan.

In an exclusive video, premiering with American Songwriter, the four writers sat down to discuss the song that is currently nominated for both ACM Single of the Year and Song of the Year.”

“Yeah, ‘Buy Dirt’ we wrote that,” Jordan says. “Rented a cabin right outside of Murfreesboro and I remember that Matt had the idea—I wanna say you said that idea the night before.”

“I actually heard someone say or heard it somewhere, ‘Buy dirt they ain’t making any more of it,'” Matt recalls. “And so we had talked about that, talking about buying the farm and all that stuff kind of led to ‘Buy Dirt’ and I think that’s where we were like, ‘Hey, let’s write that.'”

The result is a song about, as Jordan tells it, “Faith, family, and friends, and really finding your happiness.”

Find the one you can’t live without / Get a ring, let your knee hit the ground / Do what you love but call it work / And throw a little money in the plate at church / Send your prayers up and your roots down deep / Add a few limbs to your family tree / And watch their pencil marks / And the grass in the yard all grow up”‘Cause the truth about it is / It all goes by real quick / You can’t buy happiness / But you can buy dirt,” Jordan sings in the chorus.

“I remember in that kitchen it was probably from the moment we were all sitting around drinking coffee we were out there in the word, passing scriptures talking about life,” added Josh. “I feel like from that moment the guitar was grabbed and we transitioned to the kitchen it was probably like 30 minutes and that verse and chorus was written. I remember looking up being like, ‘Whoa, what has happened.”

“I remember all of us talking about how do we get this across without it being coming from the singer from Jordan saying, ‘Hey, this is what you should do,'” Jacob recalls. “And we just visualized an older gentleman sitting in a rocking chair being like a few days before he turned eighty he was sitting back on a rocker. How can we get this coming from him.”

“I remember fighting that. I feel like that was so dated in like the story song,” Jordan remembered. “Obviously I lost that because the song is what it is.”

Watch the full video below as Jordan, Jacob, Matt, and Josh retell the intimate story behind the ACM-nominated hit, “Buy Dirt” 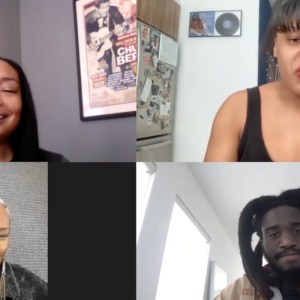 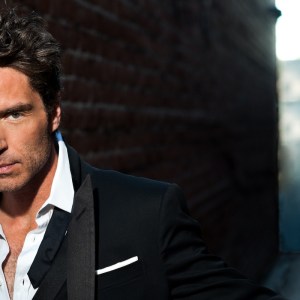