How do you put into words the uncertainty, the confusion, and the overall fear that had a stranglehold on the masses during the pandemic? How do you articulate the small moments of comfort, wonder, and joy that were found in between? You can’t.

The Black Pumas co-founder conceived his instrumental opus, Jaguar Sound, in isolation during the early days of lockdown—a time he was filling with words from The Alchemist, long bike rides, and nights in the studio. What started as a way to pass time, experimenting with hip-hop beats, music evolved into so much more. “First, it was just kind of something I was doing, I wouldn’t say out of boredom, but out of time,” Quesada shares with American Songwriter. “As it started to unfold, I realized I wanted to make it an actual album.” The process would become a savior during those unpredictable days.

“A lot of it was just kind of what was keeping me sane during these crazy times,” he says.

Jaguar Sound captures a moment in time and cements Quesada’s feelings in song, as well as the collective emotions, of that not-so-distant past. “Life was, on one hand, it was the most complicated things have been, but on the other hand, things got a little bit simplified during the pandemic,” Quesada says. “There were just little joys I was having like long bike rides and things like that.”

He also began to notice one positive that came out of the early pandemic. The planet was enjoying reduced human impact and bewilderingly beautiful starry nights were visible once again. “I started to just notice little things like that and just kind of get obsessed with simple things like that,” he adds.

The changing natural world around him started to creep into Jaguar Sound. “Every morning I would just sit [outside], drink coffee, and listen to the birds,” he says fondly of his backyard visitors. “I’d record them. I was recording a lot of stuff because I just thought it would be cool to document this moment in time.”

Opening with the chirping of those birds, Jaguar Sound puts listeners in Quesada’s personal space during those days. The album shifts – just as the world had – between silvery dream-tinted grooves and breathtaking celestial arrangements that explode into climactic otherworldly instrumentations.

Over 12 tracks, the artist crafts luxurious soundscapes of velvety strings, rich rhythms, and hypnotic trills. Cinematic and spacey, the album fuses vibrant hip-hop beats and intense psychedelic soul with the drama and suspense of a ’70s foreign film score.

Jaguar Sound was bringing together friends and musical peers as Quesada recruited the stylings of various instrumentalists. Featuring assistance from Ikebe Shakedown, Mary Lattimore on harp, Neal Francis on piano, and David Garza adding to an array of string, horn, and percussion arrangements, Jaguar Sound was a way for them to create together when they couldn’t be together.

Jaguar Sound is the artist’s second album release of the year, arriving on the heels of Boleros Psicodélicos, an ode to classic Latin American Balada music which saw a community of collaborators. Not so different from Jaguar Sound, Boleros Psicodélico takes listeners to a certain time and place.

The creation of the two albums overlapped and when asked to compare the two, Quesada explains it’s easier to begin an instrumental composition, but harder to know when to finish where lyrics don’t exist to guide you. “Making an instrumental album … it’s harder to know when to finish a song or when you have something somebody would connect to,” he says.

Listeners often cling to lyrics for connection, but words are not needed in order to resonate with Jaguar Sound. 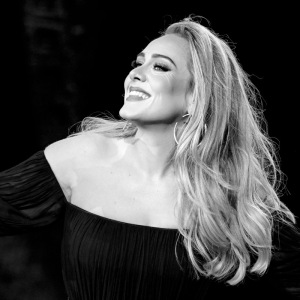 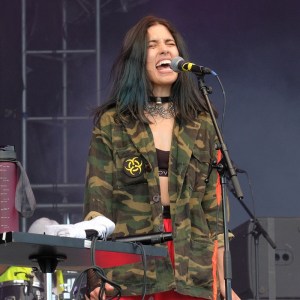