If you were anywhere near a radio in 2020 (going on a drive to escape the house, maybe), you certainly heard The Weeknd’s synth-heavy single “Blinding Lights” from his fourth studio album After Hours.

With the single’s upbeat, synth-pop feel and with assumingely upbeat lyrics, the hit was a chart-topper for 2020. The accompanying music video shows The Weeknd decked out in a red and black suit, racing a Mercedes down the interstate while he leaves the world behind him in his cigarette smoke. Living the California dream, right?

The meaning behind the song:

At first listen, the single is a summer banger about needing to see your sweetie that got away. Well, that’s kinda right? The Weeknd is known for having a dark side to his music, however. He revealed a darker meaning behind the single than the seemingly innocent lyrics suggest.

“Blinding Lights’ [is about] how you want to see someone at night, and you’re intoxicated, and you’re driving to this person and you’re just blinded by streetlights,” he explained. “But nothing could stop you from trying to go see that person, because you’re so lonely. I don’t want to ever promote drunk driving, but that’s what the dark undertone is.”

I’m running out of time
’Cause I can see the sun light up the sky
So I hit the road in overdrive, baby, oh
The city’s cold and empty (Oh)
No one’s around to judge me (Oh)
I can’t see clearly when you’re gone

The Weeknd sets a record, beating out Chubby Checker:

Despite the single’s dark undertones, it was this song that is believed to have landed him the Super Bowl LV halftime show in 2021 after setting a new Billboard record. “Blinding Lights” set records, knocking Chubby Checker‘s 1960 hit “The Twist” spot from Billboard’s No. 1 Greatest Hot 100 Song of all time. The song spent 90 weeks on the Hot 100 chart, surpassing Checker’s iconic song.

Following his success with the single, The Weeknd released a new concept album, Dawn FM, earlier this year. Click HERE to check it out. To accompany the album and to raise money for the XO Humanitarian Fund, the artist will be heading on tour with Doja Cat in Summer 2022. 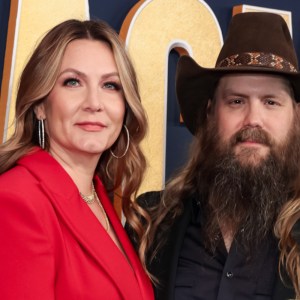