MILES DAVIS: Do not fear mistakes. There are none. If you’re not making a mistake, it’s a mistake.

STEPHEN SONDHEIM: [Irving] Berlin is a lyricist whose work I appreciate more and more the older I get. His lyrics appear to be simple, but simplicity is a complicated matter, as well as being hard to achieve without a quick slide from simple to simplistic.

WOODY GUTHRIE: Any damn fool can be complicated. It takes genius to attain simplicity.

JACK KEROUAC: The only truth is music.

e e cummings:  “To be nobody-but-yourself — in a world which is doing its best, night and day, to make you everybody else — means to fight the hardest battle which any human being can fight.”

LEONARD BERNSTEIN: Music can name the unnameable and communicate the unknowable.

ANAIS NIN: You must not fear, hold back, count or be a miser with your thoughts and feelings. It is also true that creation comes from an overflow, so you have to learn to intake, to imbibe, to nourish yourself and not be afraid of fullness. The fullness is like a tidal wave which then carries you, sweeps you into experience and into writing. Permit yourself to flow and overflow, allow for the rise in temperature, all the expansions and intensifications.

SEAMUS HEANEY: I hope it will be obvious why I tell you this: I want to avoid preaching at you but I do want to convince you that the true and durable path into and through experience involves being true to the actual givens of your lives. True to your own solitude, true to your own secret knowledge. Because oddly enough, it is that intimate, deeply personal knowledge that links us most vitally and keeps us most reliably connected to one another.

JOHNNY MERCER: As soon as you think about a song, its vibration is already in the air. If you let it pass, someone else can pick it up and write it down before you do.

FRANK ZAPPA: Information is not knowledge. Knowledge is not wisdom. Wisdom is not truth. Truth is not beauty. Beauty is not love. Love is not music. Music is the best.

JACK KEROUAC: Composing wild, undisciplined, pure, coming in from under, crazier the better.

AARON COPLAND: Whenever you write, you see, nothing will happen unless the creative fantasy is alive… You watch yourself being fiery, or sad, or lonely; otherwise you won’t be able to get it down on paper. Writers probably have this same problem of writing fast enough so that they can get it all down while they are under the spell. You can’t be sure how long it will go on. Outside interruption is definitely out. In music, you have to get it down on score paper. Otherwise, you might forget it… If you go on being fiery all the time, by the time you stop being fiery, you will have lost the whole thing.

JOHN STEINBECK:  Write freely and as rapidly as possible and throw the whole thing on paper. Never correct or rewrite until the whole thing is down. Rewrite in process is usually found to be an excuse for not going on. It also interferes with flow and rhythm which can only come from a kind of unconscious association with the material.

IRA GERSHWIN: Given a fondness for music, a feeling for rhyme, a sense of whimsy and humor, an eye for the balanced sentence, an ear for the current phrase, and the ability to imagine a performer trying to put over the number in progress — given all this, I would say it takes for or five years collaborating with knowledgeable composers to become a well-rounded lyricist.

AARON COPLAND: Musical composition works best when you are in the mood. You can coldly sit down and write anything, but the results will often not be satisfactory either to yourself or to the people who hear it. Nevertheless, it can be induced to a certain extent.

GEORGE GERSHWIN: All great composers of the past spent most of their time studying. Feeling alone won’t do the job; a man also needs technique. The composer does not sit around and wait for an inspiration to walk up and introduce itself. Making music is actually little else than a matter of invention aided and abetted by emotion. In composing, we combine what we know of music with what we feel. Out of my entire annual output of songs, perhaps two, or at the most three, came as a result of inspiration. We can never rely on inspiration. When we most want it, it does not come.

“The true and durable path involves being true… to your own secret knowledge.” — Seamus Heaney

ANAIS NIN: Something is always born of excess: great art was born of great terrors, great loneliness, great inhibitions, instabilities, and it always balances them. If it seems to you that I move in a world of certitudes, you, par contre, must benefit from the great privilege of youth, which is that you move in a world of mysteries. But both must be ruled by faith.

HECTOR BERLIOZ: Every composer knows the anguish and despair occasioned by forgetting ideas which one had no time to write down.

PYOTR ILYICH TCHAIKOVSKY:  Not every day you’re gonna wake up and the clouds are gonna part and rays from heaven are gonna come down and you’re gonna write a song from it. Sometimes, you just get in there and just force yourself to work, and maybe something good will come out. 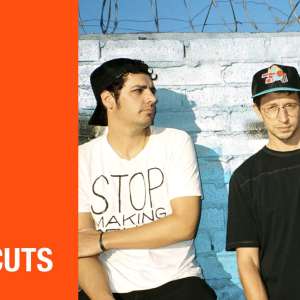 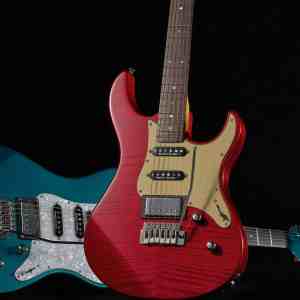