Together with American Songwriter, we had the pleasure of interviewing Captain Cuts over Zoom video!

Continuing an unprecedented run of one anthem after another, Los Angeles-based multiplatinum-selling producer and DJ trio Captain Cuts return with a new single entitled “Stuck In My Head” [feat. AJ Mitchell] via Epic Records.

On the track, keys glow just beneath intimate verses as a glitchy bounce shuffles right into a hypnotic hook. Mitchell’s voice echoes on the chant, “You’re still stuck in my head,” as the production twists and turns through warbling feedback and a dancefloor-ready break. Once again, Captain Cuts surprise with an unpredictable soundscape complemented by a show-stopping vocal performance from AJ Mitchell.

Captain Cuts closed out 2019 with the sizzling “Heat” [feat. Parson James]. Not only did it generate 2.1 million Spotify streams, but it also garnered widespread critical acclaim. Billboard claimed, “Captain Cuts lay down an array of thunderous disco handclaps and neon-soaked bass under a powerhouse vocal performance.”E!touted the tune on The MixtapE! and went on to call it a “disco-kissed dance floor filler that more than lives up to its name.”

The boys have kept considerably busy this year. Throughout 2020, they’ve produced and written for everyone from Conan Gray and Lennon Stella to Kygo and Keith Urban. At the same time, Captain Cuts cooked up all kinds of new music for themselves as well.

Captain Cuts is a multi-platinum selling songwriting, production, and DJ group based in Los Angeles. The trio is composed of Ben Berger, Ryan McMahon and Ryan Rabin (also a member of Grouplove). Together they have produced and written massive songs for artists such as Walk The Moon (“Shut Up And Dance” & “One Foot”), Bebe Rexha (“I Got You”), Grouplove (“Tongue Tied”), Tove Lo, Halsey, and The Chainsmokers, among others. Their songs have an aggregate of more than 1 billion streams and over five million sales. Their influence courses through popular culture and music at large. They joined forces with NOTD, Felix Jaehn, and Georgia Ku on the gold-certified crossover smash, “So Close.” The latter captured #1 at Dance Radio for multiple weeks and emerged as #1 song with the most airplay at Dance Radio for the year in addition to amassing over 300 million streams. Moreover, they lent their Midas touch as songwriters and producers to heavy-hitters such as Steve Aoki, Carly Rae Jepsen, and What So Not to Whethan, Blink-182, MARINA and many others.

Sporting a slick and show-stopping voice, sharp songwriting chops, and endless charisma, AJ Mitchell emerges as a stylish and soulful new leading man for pop R&B. Born and raised in Belleville, IL, he went from uploading highly-trafficked covers on social media to personally writing and recording his 2017 breakout single “Used To Be.” Clocking over 115 million Spotify streams to date, the song paved the way for a deal with Volume 1 / Epic Records and saw AJ relocate to Los Angeles.

With over 100 million-plus streams on tracks such as “I Don’t Want You Back, “Girls”, “All My Friends”, “Talk So Much”, and “Move On” and nearly 7 million monthly listeners on Spotify, he’s cemented himself as 2020’s fastest rising star. Named a 2019 MTV Push artist and a 2019 Vevo LIFT artist and acclaimed by Billboard, Idolator, and Seventeen, he’s sold out numerous headline shows and performed on The Today Show and Good Day New York. Over the past year, his rapid rise only accelerated. AJ flexes his star power and vocal prowess on the Slow Dance EP. Preceded by “Move On” and the Top 40 single and title track “Slow Dance” [feat. Ava Max], his songwriting and show-stopping spirit once again take center stage on upbeat and undeniable new anthem “Out My Mind.” To date, AJ has had three songs in the Top 40 Pop Radio charts: “Girls”, “All My Friends” (#29), and “Slow Dance”. This past spring, AJ released his collaboration with Rich The Kid called “Spring Break”, and most recently unveiled his uplifting new single “Burn” in June. Now, he sets his sights on pop domination with every move as he gears up to release his highly anticipated debut full-length album Skyview. 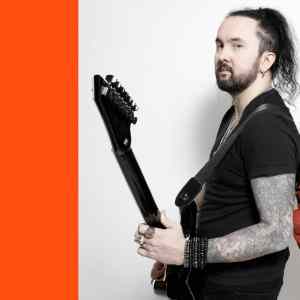