The blues run deep within August Wilson’s work — it’s in the way his characters speak, the way his stories are set, the way he addresses themes that remain relevant for years after his plays were written. For musician Branford Marsalis, getting to score the film version of Wilson’s Ma Rainey’s Black Bottom was the chance to tap into the musicality of the words the Pulitzer Prize-winning playwright penned.

“August Wilson hung around musicians; he was a songwriter. He understood the energy,” Marsalis tells American Songwriter. “And Ruben Santiago-Hudson, the film’s screenwriter, carried it forward. August wrote that energy into the play, and the actors are magnificent at translating it. So there wasn’t anything for me to do other than just write a song about the scene, or recreate a song for the scene.” Marsalis may underplay his role somewhat but director George C Wolfe knew that the Grammy-winning saxophonist and bandleader would perfectly complement his film, which is currently streaming on Netflix.

For Ma Rainey’s Black Bottom, Wolfe brings one of the ten landmark American Century Cycle plays that Wilson wrote about the African American experience to the big screen, with Viola Davis playing Gertrude “Ma” Rainey, one of the earliest professional Black blues singers to record her songs, and the late Chadwick Boseman as Levee, the self-assured young coronet player in her band who causes her much anguish. The film is a fitting tribute to both actors’ talents, but poignantly more so, to Boseman, as his last role he played before he passed away in August this year.

Marsalis worked with Wolfe before — and also on a Wilson production too. He scored Wolfe’s previous feature, the TV movie The Immortal Life of Henrietta Lacks, starring Oprah Winfrey, and the Broadway revival of Fences, which starred Ma Rainey’s Black Bottom producer Denzel Washington alongside Davis, who went on to win the Best Supporting Oscar for the film version. “When you’re writing for theater, you are either writing music that affirms the emotion of what just happen, or you’re writing music about the scene that is upcoming, trying to set an emotional tone for what’s about to happen,” says Marsalis. “Whereas when you’re writing for film, you’re literally staring at the film and watching the actors and watching the performance, and deciding what the emotion is of the scene and writing to what you see.”

The play is the only one Wilson set outside of Pittsburgh, in 1920s Chicago. “I listened to a lot of ‘20s music,” says Marsalis. “I understand how the musicians played together and what they did to maintain the intensity. In the ‘20s, jazz was still pop music; it was dance music. Much the way Baroque music was dance music in Classical music. Many of the movements were actually written and named after popular dances of the time. So I already understood that part of it. So then it was just a matter of getting the musicians to understand what their roles were.”

Ma Rainey’s features 3 songs that Ma Rainey sang, “Deep Moaning Blues,” “Hear Me Talking to You” and the titular song, which is at the center of a recording studio session in the film. “When you listen to Ma Rainey’s versions, there is a plethora of instruments — clarinets, saxophones, trombones, piano, tuba, in a couple of songs they’re using jugs, like the old liquor jugs, the old moonshine jugs, she had a jug band for a while, and on one particular song they are using a saw which is an old Southern instrument,” says Marsalis. The saw provides a very similar sound to a theremin, only it’s not electronic.

“But when August wrote the play, he wrote the play for musicians,” he continues. “And there was piano, coronet, trombone, piano, and acoustic bass. So that was it. That’s what I had to work with. So it was a matter of streamlining the music and hiring the right musicians to get them to make the sound to where you don’t miss the additional instruments that are on the recordings.”

The songs had to be recorded before filming, with most of Davis’ husky vocals supplied by the singer Maxayn Lewis. “She came to the sessions in New Orleans and played with the band. And then we sent all of the tracks to Viola, and then she learned the tracks,” says Marsalis. “Then during filming, she sang the tracks. Because she’s not a musician — and even musicians would struggle with perfect timing — she sings to her own rhythm, and so then we have to go back in the studio and get Maxayn to match Viola’s rhythm, because now we have it on film, so Max can see it, and she can make sure that everything lines up correctly. So it was a three-tiered process.”

With Boseman, his singing was a moment of spontaneity. “That came out of nowhere,” says Marsalis. “That wasn’t in the script, that wasn’t in the acting, wasn’t in the rehearsals. He just belted it out. And I said, ‘yeah, George, you’re not gonna get anything better than that. You keep trying. But that’s on point!’ That was great.”

Boseman’s character provides much of the banter and verbal sparring that takes place during the session. Marsalis captures the kinetic energy within the rehearsal room and recording studio that Wilson created in his play. “There’s a scene where they’re doing an instrumental version of a famous Ma Rainey song, “Hear Me Talking to You,” and I know from the dialogue that there’s an incredible amount of s***-talking going on between the principles,” says Marsalis. “So the song has to have that kind of sass and sarcasm. I grew up in New Orleans, and I hired all these New Orleans guys, and they know what to do because we’re all a bunch of s***-talkers ourselves.”

While the film allows for the dialogue to remain key, Marsalis composed 26 tracks that will be released as a soundtrack to accompany it. Having played music in seminal films like Do The Right Thing and Malcolm X, he knows a Wilson production is all about honoring the words. “What August Wilson does is literally destroy all of these myths about Black Americans,” he says. “He shows the Black American experience is just humanity. That’s as all it is, it’s just humans — insecure humans, happy humans, angry humans, marginalized humans. August’s work will always endure, because it’s not a Black play. It’s a play about humans who happened to be Black.”

Get The Soundtrack
Buy from Amazon 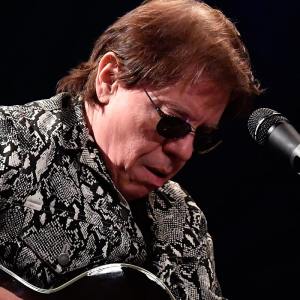 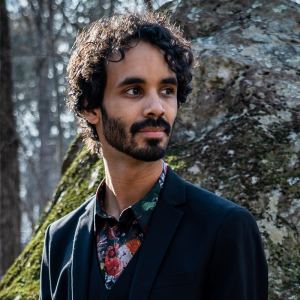