Providence, Rhode Island musician, Jake Blount, can talk to ghosts. He communes with them in song. He’s part exorcist, part séance leader. He resurrects their spirit in the music he makes and, over the course of a rocky 2020, Blount has earned great levels of praise for his often-spirited work. That he’s received positive responses for the old time and traditional music he plays has, in many ways, been the catalyst to new creative evolutions (more on this later). But it’s also offered real-time validation for Blount’s efforts, which first began with a desire to connect with his roots. To cap off a year in which he released a popular LP and earned high praise from outlets like NPR music, Blount recently unveiled his latest music video for the track, “The Angels Done Bowed Down.” In true form, the song is about murder’s revenge but is sung and couched in such a way that one could play it on a porch to toe-tapping neighbors.

“To me,” Blount says, “the song is a cry for vengeance. When we listen to these old spirituals, not only do we need to listen to the lyrics because they tell you a story. But you also have to consider the subtext. This song is very much about somebody who has been unjustly killed. It creates a cause-and-effect between the death of the innocent and the purging of the earth.”

For anyone in America paying attention to the events of the past ten months (or four-hundred years), it’s clear how impactful the song can be given certain context. While one can easily read the song as an allegory for the aftermath of the recent murders of George Floyd and Breonna Taylor at the hands of police, Blount says his intentions when singing aren’t always so direct. While it’s helpful that the song can be applied to today’s context, the magic (and necessary sorrow) of the song is that it’s also timeless. But there’s important value in that reality, too. For Blount, wrapping a keen message inside an ageless package can sometimes be the most powerful form of art.

“I’ve never been one to want to hit things too hard on the nose,” Blount says. “If only because I think one of the great merits of working in traditional music the way I do is that you can pull people in who maybe are unwitting, who wouldn’t necessarily come to otherwise have that conversation.”

But, for Blount, perhaps the most important conversations are the ones he’s had over the past decade, or so, with the songwriters who’ve long since passed before he was born but whose messages, lyrics, melodies, rhythms and teachings have subsisted. Blount’s 2020 LP, Spider Tales, was a compilation of some of the best (and at times most obscure) traditional songs written by Black artists. As a Black (but also multi-racial) singer, performer and songwriter, Blount swims in the conversations he has with past compositions, learning from them while hoping simultaneously to bring the songs back to life.

“That’s one of the things that first drew me to it,” Blount says. “It is a very intimate connection to people I’ll never get to meet. Growing up in different places with different people left me feeling disconnected. By brining those voices back into my life on my terms was a way to help remedy that.”

Anyone who followed Blount’s career since the release of Spider Tales in the spring would surely notice the attention and general widespread appreciation he’s since received. But there were also voices criticizing and castigating Blount for his interpretations of songs. People, he says, find it very easy to critique the way others play traditional music but the knowledge of that fact doesn’t always make it easy to swallow when it happens. Hearing negativity from some “music fans” has pushed Blount away from certain audiences at times and led him towards new ideas and new music. He’s currently working on an unannounced project with songs that may sound rather different when compared to Spider Tales.

“It’s like I’ve traded some restrictions for other restrictions,” Blount says. “When you play old time music, a lot of people feel entitled to police how you’re doing it. We could go down a rabbit hole on traditionalism versus progressivism but I reached a point after this album when folks were saying a lot of out-of-pocket stuff.”

The video for the new song features a crucified Jesus floating toward space. While this image is inherently meaningful, there is a meaning some audiences might not arrive at on the first glance. In the Black community, the crucifixion is analogous to the lynching of many slaves (and others since) throughout history. In this way, religious symbolism is traditional folk symbolism too, especially in communities of color. And while Blount may not have planned originally for the music video to come out during the holidays, it’s appropriate that that’s when it has. For Blount, who first started playing music at twelve-years-old and quickly became obsessed with artists and then older genres, the video is an example of the best type of music – the kind that reminds him he’s still alive.

“What resonates with me,” Blount says, “is music that has a physical sensation to go along with it. It doesn’t always have to make you want to dance. It can give you goose bumps. But I’m really into music that has the ability to provoke all these ostensibly unrelated responses in our bodies.”

Get ‘Spider Tales’
Vinyl, Digital, or CD
Buy from Amazon 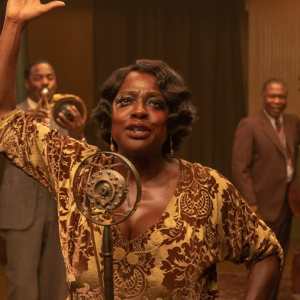 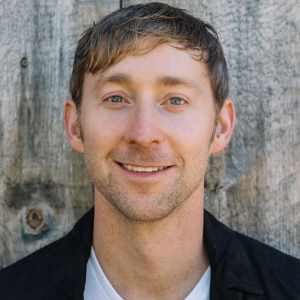