Popular music suffered a major loss in 1977 when the place carrying southern rockers Lynyrd Skynyrd crashed in Mississippi, killing singer Ronnie Van Zant and several others. Van Zant’s younger brother, Johnny, took over as Skynyrd’s front man when they regrouped in 1987, and recorded a solo album, Brickyard Road, in 1990. The title track was a tribute to the family times he spent with Ronnie, as well as with middle brother Donnie, one of the founders of the band .38 Special (“Rockin’ Into the Night”).

The song Brickyard Road became a mainstream rock hit, beating the likes of Bon Jovi and Guns n’ Roses on the Radio & Records chart. Produced and co-written by Robert White Johnson, known for his work with Cheap Trick, the Beach Boys, Faith Hill and others, the song’s development had a long history. White Johnson recalled that history via e-mail to American Songwriter.

“I was writing songs with Donnie for .38 Special at Donnie’s home in Florida when we developed writer’s block. He suggested we take a ride, so we jumped in his car and he drove us to the outside of town. We got off the main highway and he kept driving ‘til we were on a dirt road. We walked down an old driveway of sorts, until we were at the last house Ronnie had lived in. It was a sprawling ranch home, with vines and weeds overtaking it and all kinds of crazy graffiti on the walls. Beer and liquor bottles were scattered all over the place where people partied; it was a redneck shrine of sorts to Ronnie Van Zant. It really put me in a place emotionally. The home apparently went into receivership when the new owner had financial difficulties, and sat vacant for years. It also turned out that it was the location of the last print interview Ronnie did before the Skynyrd plane crash.”

“As we left I looked up to see the street sign. It said, ‘Brickyard Road.’ I turned to Donnie and said, ‘There’s one hell of a story here and we all need to write it!’ I had never witnessed a song so wanting to be written in my life!”

“A few months later, Johnny and Donnie came to Nashville to write for Johnny’s solo record I was producing on Atlantic, and ‘Brickyard Road’ was priority. I also called my songwriting buddy, Michael Lunn, who had a writing room with an 8-track at his home. From the minute we sat in that room together it just flowed. The guys kept sharing stories about their times with Ronnie, the things they loved doing together including ‘fishin’ on that old dock.’ The song wrote itself in less than a half hour, we could barely write the lyrics down fast enough. All the best songs write themselves. I’ve never had any major success with a song I labored over. Never. This was a blessing to be a part of, and to this day I have no doubt God was connecting the dots!”

“When we recorded the demo at Michael Lunn’s house, we knew we had something extremely special. Johnny’s manager played the demo in NYC for Ahmet Ertegun, the president of Atlantic, who had discovered people like Ray Charles and Led Zeppelin. We thought he’d like it, but it went even deeper. Ahmet loved the song and the demo … he said without a doubt it was a hit, but the one thing most people never knew was why it touched him so deeply. Like Johnny and Donnie, it reminded Ahmet of his own brother Nesuhi, also a major kingpin of Atlantic, who had just recently passed away. The song became very personal to Ahmet.”

“My plan was to re-record the track, but Ahmet had become so attached to the original demo, he was talking about releasing it as is. His explanation was, ‘If it moved me this way, why wouldn’t it move other people the same?’ Here was a man who had made stars of some of the greatest artists in history. How could I/we disagree? I said, ‘Let’s ask Ahmet to allow us to re-record the song with the players we have booked for the album. If we don’t beat the demo, we can always release it instead. Just please give us the rope to hang ourselves first.’ He went for it. I believe he also understood and respected our passion in wanting it to be as good as it could possibly be.”

“We called in some great musicians with resumes a mile long, including guitarist Dann Huff, who is today of the most successful country producers in Nashville history. It may sound cliché, but from the get-go on that first take it literally made the hair stand up on the back of our necks. Everyone in the room knew this was the title track to an album and more. This was in honor of, and inspired by, one of the great rock legends of our time, Ronnie Van Zant. There was a reverence to it along with the excitement and energy. So many wonderful elements coming together at a singular moment, and everyone knew it.”

“Most everyone’s parts were recorded in one magical take. Just amazing. We recorded Johnny’s vocal that night which was pretty much one take as well. You can hear the emotion in his voice, especially on the out. It was real, and raw, as good as it gets! We ended up using that recording, and not the original demo as Ahmet had wanted. What was also cool was that Donnie was with us the entire time, so he and Johnny were able to share in the song together as family.”

And it’s not over yet. Lynyrd Skynyrd, with Johnny Van Zant still on lead vocals, just released a new single, “Last of the Street Survivors,” last week. 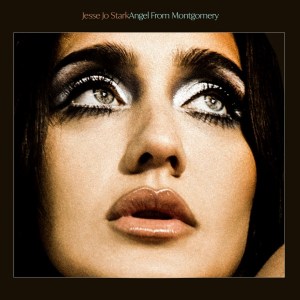 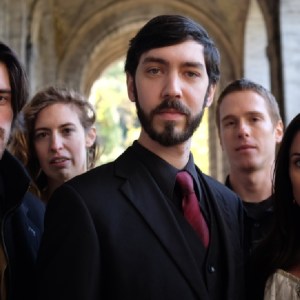