With the heartbreaking passing of iconic songwriter John Prine, so many in the music world and beyond are grieving.  Countless artists have been influenced by Prine and now more than ever they want to pay their homage to his music and recreate it in a way Prine would have been proud of.

Singer-songwriter Jesse Jo Stark didn’t know it, but she already recorded her homage to Prine. She’s been working on her next album, and had already recorded one of her favorite songs, “Angel From Montgomery,” which she’s sung most of her life. So in honor of John Prine, she’s sharing that song now.

“He was one of those people that we all needed. He contributed so much to the collection of important art that we have as humans,” Stark told American Songwriter.  “He brought us songs that tap into feelings that don’t have names but we have all felt. And, there is nothing more powerful and eternal than an entire world hearing the same words and thinking ‘those were written for me.”’

Stark is a singer-songwriter from Los Angeles, compelling with her own modern, feminine take on alternative rock.  She was gifted from an early age, strumming her first chord at 11, and landed her first gig at 16. She gained acclaim with songs “Driftwood” and “Down Your Drain.” She released her EP Dandelion last year, carving her path while making noise as a touring act for rock greats Guns ‘N’ Roses, Sunflower Bean, Jane’s Addiction, The Heavy and The Vaccines.

Stark’s unfiltered raw talent and calm confidence is the perfect way to honor such a song.  She exhibits the perfect amount of vocal control while expelling the right amount of soul. She is a natural. The music is country meets contemporary with an alt-rock spin.  Stark’s voice would pair well with any style of music, but this collaboration between her vocals and Prine’s timeless songwriting are heaven.

Leading up to the release, Stark has been donating 100 percent of her merch proceeds to MusiCares, an organization founded to provide resources and aid for the music community during desperate times.  Stark will also be making a donation to the entity in honor of Mr. John Prine.

“I could never have imagined that when I released my version of this song that Mr. Prine would no longer be with us,” said Stark.  “I’ve been performing this song half my life – no matter where I am in the world, it always makes me feel at home. It’s an honor to sing it and pay homage to him. I think we could all use some angels right now.” 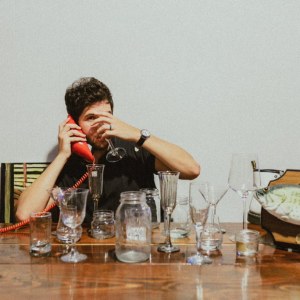 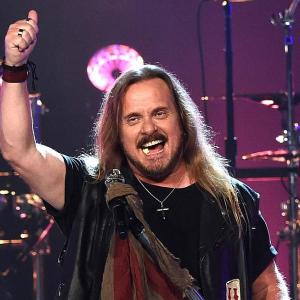