Together with American Songwriter, we had the pleasure of interviewing Annika Wells over Zoom video!

Most people keep personal, embarrassing, and crazy thoughts to themselves. Annika Wells isn’t one of those people.

She doesn’t just express these thoughts out loud either. She peppers them through her songs with the kind of honesty you expect from your childhood best friend. In her music, she’ll rattle off bucket list ambitions, refer to herself phallically, or write about a doomed romance (with that same ex as her cowriter). After racking up over 100 million-plus streams, she welcomes everyone into her mind and heart on a series of 2021 singles and her forthcoming debut for Vol. 1/Epic Records.

Born north of San Francisco in the town of Sleepy Hollow, CA, music grabbed her and never let go. Due to an extra neural pathway, she experiences sonic earworms—a rare phenomenon where a different melody remains stuck in her head at all times. “I have music in my ears 24/7,” she elaborates. “Before I learned social graces as kid, I’d just sing the melodies in my head. I never shut up!”

After watching her older brother play piano, she started taking classical lessons at the age of four. By third grade, she developed an obsession with poetry, carrying around the works of Robert Frost in her pocket. At the same time, she religiously listened to Avril Lavigne and Kelly Clarkson “on a beat up Walkman.” She eventually ended up at Berklee College of Music in Boston. Before dropping out, she linked up with producer Giulio Cercato and wrote and recorded what would become her first single “Break” in 2016. It caught fire around the world, catapulted onto the Spotify Global Viral Chart, and eventually eclipsed 15 million Spotify streams. On its heels, she wrote and featured on “Crawl Outta Love” for Illenium, amassing 58 million Spotify streams, reaching the Top 30 on the Billboard Hot/Dance Electronic Songs Chart, and notching the International Songwriting Competition (ISC) Grand Prize. Between performing in sold out arenas across North America with Illenium throughout 2019, she landed a string of major placements as a writer, including “Like It’s Christmas” for Jonas Brothers, “Phases” for Pretty Much, and “The Truth Untold” for BTS & Steve Aoki” in addition to Illenium’s “Nightlight” and “Sad Songs” with Said The Sky.

Along the way, she signed to Vol. 1 and Epic Records and wholeheartedly pursued her artistry.

“I just decided to start chasing my dreams,” she confesses. “I felt like, ‘Fuck it. If I fail, at least I know I tried’. I had to give it a chance. I felt like I couldn’t possibly hold this in anymore, so I’m letting it out and going all out.”

That’s exactly what she does on her single “Fuck Being Sober.” Over creaky guitar, she admits, “A couple kids from my town already got hitched, I still got daddy issues I ain’t fixed, think I’m gonna drink all my money.” As the production ramps up, it culminates on something of a mission statement as she croons, “I just want to do my own thing.”

In the end, this energy is precisely what makes Annika so special. 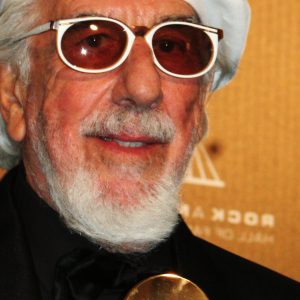 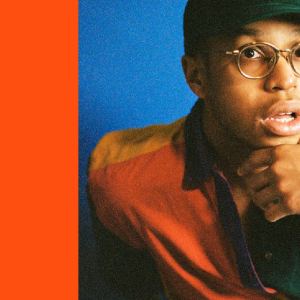