Together with American Songwriter, we had the pleasure of interviewing Dreamer Boy over Zoom video!

Capping off a year earmarked by critical acclaim and millions of streams, Dreamer Boy doles out more sonic bliss on his new single “Don’t Be A Fool,” out now via slowplay/Caroline: LISTEN HERE.

On the track, a steady lo-fi beat slips into ethereal pedal steel guitar as his delicate timbre takes hold. It bridges the gap between bedroom pop heart and Nashville tradition. Stay tuned for the music video due out later this month.

Regarding the single, Dreamer Boy a.k.a. Zach Taylor commented, “When I wrote this song, I was in love with someone who had no idea of my feelings. I was growing more and more frustrated with myself for my lack of initiative. I needed gumption. I needed to look at myself say, ‘You’ve got this!’ This song is sort of a conversation and an encouragement to anyone who has ever been in the same place. If you love someone, let them know. You never really know how much time you have with someone you love, and I think your love deserves to be free. We were really inspired by the likes of Neil Young, John Prine, Fleetwood Mac, and, more recently, our queen Kacey Musgraves. We were really into the idea of exploring more of the Nashville statement and adding our own twist. ‘Don’t Be a Fool’ is embracing the Nashville sound, and hopefully turning it into something for the newer generation.”

It arrives on the heels of “Crybaby.” After making its global debut as part of Apple Music 1 World First Premiere with Zane Lowe, it has already generated over one million streams and counting. In addition to plugs from coup de mainand more,DIY Mag claimed the song “oozes cool with its R&B tinged lo-fi pop leanings,” and Purple Sneakers wrote, “this bop feels gentle and relaxing with glimmering guitars and psych-infused elements.”

Dreamer Boy has been building his following organically, hitting the road with the likes of Clairo, Omar Apollo, The Marias, Still Woozy, and more since introducing his “cowboy pop” in 2018. PAPER Magazinewrote that “Know You”is “a track with mesmerizing synths and an overwhelming feeling of nostalgia that will have you chasing after the feeling of not knowing someone, but wanting to.”

Dreamer Boy’s independent breakthrough, Love, Nostalgia, drew acclaim from Milk.xyz, Elevator Magazine, and OnesToWatch, who called it a “multi-dimensional narrative of summer romance and teenage dreams. A wavy time capsule that transports you from ’90s MC-808s to the woozy dream pop of 2019.” The album’s follow-up single, “Puppy Dog,” received praise from The FADER, and had Clashcomparing its “blissful naivety” to Rex Orange County and its “choppy guitar” to Prince. The track has amassed 9.9 million streams and counting.

Stay tuned for more to come from Dreamer Boy. 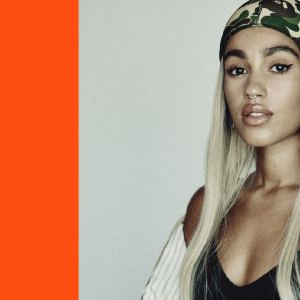 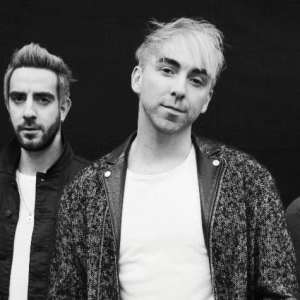