Together with American Songwriter, we had the pleasure of interviewing Frances England over Zoom video!

Frances England fell into the kids’ music world by accident. In 2007, she wrote and recorded a little homespun cd called Fascinating Creatures as a fundraiser for her son’s preschool. She had no intention of anyone outside her own circle of family and friends hearing it, but word got out, and within a couple of years Frances went from playing at nursery schools and libraries, to Lollapalooza and Austin City Limits.

With a gift for capturing the wonders, simple pleasures, and beauty of childhood, Frances frames her music in ways both children and parents can appreciate. Her sparkly, acoustic pop songs are both catchy and heartfelt. In a Parents Choice Gold Award review, Lynne Heffley enthused, “England is an original, an exceptionally creative and musically astute children’s artist whose unique musical vision was apparent in her debut album. With the authenticity of her alt-rock and acoustic folk rhythms, her expressive vocals and gentle, slightly offbeat approach to what it means to be a child – and a parent – England proves she again and again, she is the real deal.”

Critics have been effusive in their praise for Frances’ work. Fascinating Creatures was the sole recording to win the 2007 Oppenheim Platinum Award for Music. Two years later,  AOL named the album one of the Top Ten Children’s CDs of the decade. Her album, Family Tree, was listed as one of the Best CDs of the Decade by Time Out New York Kids,  and was named Album of the Year by About.com.  USA Today called her album Mind of My Own, “phenomenal” and Blink of an Eye was named #2 album of the year by the Fids and Kamily Awards, a yearly poll compiled from kids music writers, radio programmers, and others in the industry.   All of Frances’ cds have had #1 hits on Sirus XM Radio.

In 2017, Explorer of the World, Frances’ fifth album for children and families, received a Grammy nomination for Best Children’s Album.

Frances England’s new “Honey” EP is a soothing and intimate collection of new and reimagined acoustic, wind-down tunes for children and families. Sonically, the album has the feel of an old Iron & Wine record with lyrics that speak to children and parents’ experiences. Recorded on tape at Tiny Telephone Studio in San Francisco, the sparse instrumentation leaves plenty of room for England’s lush, layered vocals to work their magic as she sings about red balloons, best friends, home and Daddy-Os. The first single, “Glue,” a corona-coaster family anthem, is about appreciating the people you’re stuck with, in good times and bad. The album is newly available on the new children’s label 8 Pound Gorilla Records.

England is a Grammy-nominated artist with a gift for capturing the wonders, simple pleasures and beauty of childhood in ways that both kids and parents appreciate. Her sparkly, acoustic pop songs are both catchy and heartfelt and offer families a unique, slightly offbeat alternative to mainstream kids music. 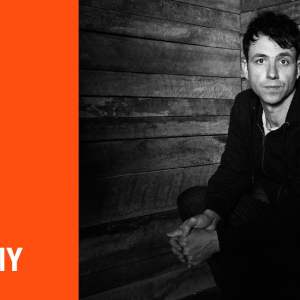 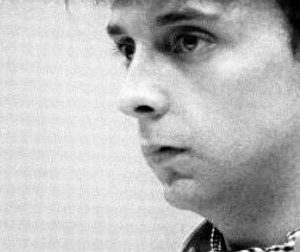