We had the pleasure of interviewing Handsome Ghost over Zoom audio!

Handsome Ghost is the Massachusetts duo of Eddie Byun and Tim Noyes. Their 2014 breakout single “Blood Stutter” racked up 20 million streams, and their debut album Welcome Back followed in 2018. Their second album, Some Still Morning, will be out on Photo Finish Records on September 18, 2020.

When the noise of the world subsides and everything else goes quiet, emotions grow louder.

With nothing to compete for attention and no distractions, the quietude enables honesty. Upheld by acoustic guitar, transmissions of ethereal production, and vocals that often barely register above a whisper, Handsome Ghost hover around this stillness on their 2020 second full-length album, Some Still Morning [Photo Finish Records].

The Massachusetts duo—Tim Noyes [singer, songwriter] and Eddie Byun [multi-instrumentalist, producer]—thread together eleven songs steeped in longing and nostalgia, loss and love, and darkness and light, all at once.

In 2014, Handsome Ghost initially captivated on the breakout single “Blood Stutter,” which racked up over 20 million cumulative streams and introduced the 2015 Steps EP. It also began the story of one period of Noyes’ life that drove much of his writing for Handsome Ghost.

A year later, The Brilliant Glow EP yielded “Eyes Wide” [16.5 million Spotify streams] as the band tirelessly canvased the country on tour. Receiving acclaim courtesy of OnesToWatch, Culture Collide, Relix, and more, their prolific output continued on 2018’s full-length debut, Welcome Back. Boasting the single “Fool,” Atwood praised it as “a raw, intimate exploration of vulnerability and space—an emotional and ethereal journey.” It addressed those old hurts head-on. Welcome Back was, for Noyes, his attempt to move past the story that began with “Blood Stutter.”

After unveiling the acoustic companion piece Welcome Back: The Acoustic Recordings and touring extensively, the pair turned their attention towards recording the follow-up in 2019.

Having closed the chapter on a period of time that wove through Handsome Ghost’s previous work, Noyes wrote the songs that would eventually become Some Still Morning with a fresh perspective and a new sense of clarity, one that interpreted the past and the present from a place of peace and, at times, acceptance.

However when the duo set to record the songs, the process presented a series of unforeseen creative challenges.

“It was a bit complicated,” admits Tim. “The new album was a completely different experience from Welcome Back. After our last tour, we felt like we were trying to make a statement, which went awry at some point. We spent six months on six ideas and then scrapped all of it.”

“We didn’t even know if we’d go on,” sighs Eddie. “We were initially trying so hard to take the sound of the last record and shift it in different ways…and it didn’t work. We got frustrated and it showed in the music.”

As the band considered drastic shifts including ending the project altogether, they finally broke through during one late night session, as the sun was coming up and the glowing light was peeking into their home studio.

“We realized at that moment, that the world we created around these songs needed to be completely different from our previous sound.” Says Eddie. “We needed to compartmentalize the past sonically, and move forward with a different vision.”

“We tried to keep everything intimate,” affirms Tim. “We were really delicate and deliberate in what we wanted to include in terms of the arrangements. We cut away any excess. Each part serves its purpose. Our hope is that this record makes for a quiet time with your headphones on.”

“We didn’t try to write hooks or any ‘jams’,” exclaims Eddie. “We really just wanted to capture that feeling of the morning.”

What emerged sonically entailed scaling everything back. Rather than build a wall of production as a totem to the 21st century post-pop zeitgeist, Handsome Ghost turned inwards. By doing so, the sound came full circle, harking back to the group’s earliest folk inclinations. As such, they created arrangements around the record’s lyrics and allowed the stories to anchor the songs, adding appropriate, yet minimal sonic flourishes.

“When the band first started out several years ago, there were more folk elements within the songs,” says Tim. “As time went on, the sound evolved. We’ve been on a strange trajectory. We’re actually getting more intimate now. And that feels a little more authentic to who we are.”

In terms of the lyrics, Tim found and displayed a sense of clarity as he wrote, coming full circle from “Blood Stutter” five years earlier.

“I’m still writing about the past, but there’s finally a sense of peace and contentment with the life I’ve lived to this point. I’m documenting the good and the bad and I can appreciate both for what they are. I am happy about where these years have led me, and I think there’s an optimism within these songs that I haven’t had to this point. Acceptance has been elusive for me at times, but I feel it now. And it feels like a rebirth in a lot of ways.”

Eddie smiles, “This album is what happens when you’ve actually moved on.”

“It’s about a relationship from many years ago,” recalls Tim. “I’m accepting that it’s not going to happen and moving back to Massachusetts. It’s the end of something, but I’m back home where I grew up for the first time in a long time. Even though there can be some judgement around coming back home, I’m finding some peace. Musically, it’s the first one we completed after starting again. We were finally speaking the same language together. It sets the tone for the record.”

“It’s about getting older,” he states. “You’re taking the next step in life where you’re not as rowdy as you once were. But let’s not be the most boring human beings yet. Let’s go back, be youthful, be kids, and have a good time.”

As feedback dissolves into a fading hum, “Funeral” marches towards a moment of clarity.

‘Funeral’ essentially details waiting,” Tim continues. “Time passes, distances grows, and each day gets closer to finality. Things don’t always work out the way you want them to. But that’s okay. You learn, you come to terms and you try the be the best man you can be moving forward.”

On Some Still Morning, Handsome Ghost also move forward by embracing who they are like never before.

“You can put on a record and lose yourself a little bit,” Tim leaves off. “I think that’s my favorite thing about music. Hopefully, you can put on Some Still Morning and disappear for forty-five minutes.”

“It’s a bit sentimental,” smiles Eddie. “If all of this was to end tomorrow, it would be nice to have a quiet moment to close.” 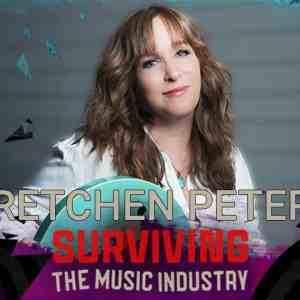 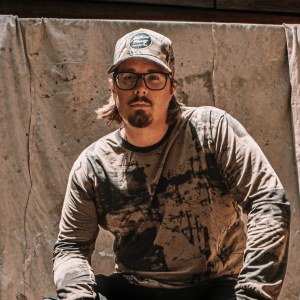