Together with American Songwriter, we had the pleasure of interviewing Jerry Castle over Zoom video!

Americana songwriter. Rock & roll guitarist. Dedicated cosmic country road warrior. Producer. After a slew of critically acclaimed independent albums and thousands of cross-country shows, Jerry Castle has carved out a career that’s just as diverse and immediate as his musical influences, earning everything from chart-topping radio hits to critical acclaim from publications like Rolling Stone along the way.

With his newest release, Midnight Testaments, Castle revisits and revitalizes his sound that helped launch his solo career. Raised in a rural Virginia town in the Appalachian Mountains, Jerry has always sung with a distinguishable southern twang, even when previous albums made room for pop hooks and synthesizers, too. Midnight Testaments maintains a unique approach, but it also finds Jerry leaning into the southern sounds of his homeland once again, matching the sharpest songwriting of his career with the swoon of pedal steel guitar, the stomp of country-rock, the steady strum of California Country, and plenty of roadhouse-worthy grooves. This is Castle’s Americana homecoming — an album that finds him adding a new perspective to his brand of “Appalachian Soul” while also pushing ahead into new, unexplored territory.

Jump-started by the boozy, bar-band bombast of “Tequila & Tears,” Midnight Testaments showcases Jerry Castle at his best, matching his guitar skills with a deep, driving voice that’s equally electric. Recorded at Trace Horse Studio in Nashville, these ten songs were all written during an inspiring period that found Castle falling in love, getting married, grappling with the loss of close friends, and making time during an otherwise busy life for some serious self-reflection. “The first song written for this album was “Pick Up Your Guitar.”  I had just received the news that a long time band-mate had passed away.  I was overwhelmed with emotion and trying to figure out how to process it.  I heard a voice that said “You know what to do, pick up your guitar,” so I did and I wrote the song in twenty minutes.  Obviously it was a cathartic process.”  Meanwhile, he continued earning kudos from publications like Rolling Stone, who praised his songs as “one of the most instantly catchy-and danceable-songs of the year,” and American Songwriter, who described Midnight Testaments‘ predecessor, Brand New Hello, as “extraordinary — a beautiful record in ugly times.”

Castle doesn’t look back very often. If he did, he might revisit the highlights that arrived before Midnight Testaments, like the five-week Number One radio hit “She Kills,” which topped the Roots Music Folk Rock Chart in 2016, or the shows he’s shared with fellow southern-fried genre-benders like Sturgill Simpson, Old Dominion, and Amanda Shires (who also makes a guest appearance on the album’s final track, “Charades”). He might also think about his time living in Los Angeles, or the time he logged as a Music Row songwriter back in Nashville, or the long string of shows that have sharpened him into a charismatic, guitar-slinging front man. On his newest release, though, Castle has penned a collection of songs that takes stock of the present, such as the laid back anthemic ballad “Take the Lead”, while the electrified twang and saloon-style piano chords of “Worried Man” pay tribute to the Bakersfield Sound, and the peppy pace of “Stars Align” owes more to Texas country than its Nashville cousin. Throughout the album, Castle looks far beyond his Tennessee home for inspiration, creating a signature sound that plants one foot in his native Appalachia while pointing the other foot toward broader influences. 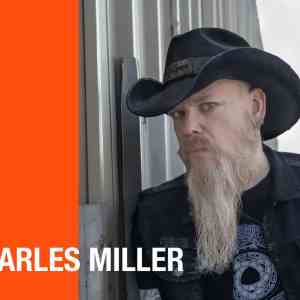 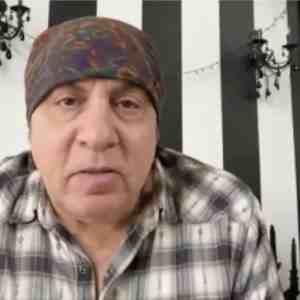