We had the pleasure of interviewing The Rad Trads over the phone!
​​​​
​​The Rad Trads are a 5-piece band from NYC. All 5 members of the band write and share lead vocals (most frequently, singing lead vocals on the songs they write). They just released a 5-song EP called 99 in October on May 1, 2020. Prior to that, they had released two cover videos in February — Alabama Shakes’ “Hold On” and Bruce Springsteen’s “Atlantic City.” The band can be followed on Patreon, where they release exclusive new content weekly such as live performances, explanations of how or why songs were written, acoustic performances, and more. The band has been direct support for the likes of Lake Street Dive, Dr. Dog, Modest Mouse, They Might Be Giants, Bailen, The Motet, and Brandon “Taz” Niederauer.
​
​​–
​​
​​Brooklyn-based five-piece The Rad Trads are known for their eclectic take on rock n’ roll, which mixes punk rock energy, horn drenched soul, and precise musicianship with a lighthearted but sincere delivery. It’s a sound and approach that has come sharply into focus on the band’s latest release, 99 in October, out now on Wombat Squad Records.
​​
​​The band recorded the EP while touring in support of their sophomore release On Tap — a world tour which totaled over 80,000 miles and included shows in support of Lake Street Dive, Dr. Dog, Modest Mouse, BAILEN, and The Motet, with dates in Asia, Europe, and across the USA. Along the way, they began writing and performing new material, and the folkiness of their last release began to morph into the hard-edged, anthemic, and frequently poppy sound of 99 In October.
​​
​​“The indie influence was definitely starting to emerge in On Tap,” mused saxophonist/keyboardist/vocalist Patrick Sargent. “We were rooted in this Dr. John, Allen Toussaint, Bob Dylan, bluesy folk-rock thing, but bands like Wilco and Spoon were sort of whispering in our ears – In fact, we were once hilariously described as ‘Wilco at the circus.’ 99 In October marks the moment where we fully modernized our sound, but it doesn’t feel like we’ve left our previous selves entirely behind. Maybe it’s because horns are the centerpiece of our instrumentation, but it’s always been more of a ‘yes and’ kind of a thing, where instead of choosing between ‘modern’ and ‘retro’ we’ve just thrown it all together. If Rivers Cuomo hired Sam Buttera from the Louis Prima band to record a saxophone solo, it might sound something like the ending of ‘99 in October.’ Or if Courtney Barnett collaborated with the Hi Records horns, they’d come up with ‘Spanish Radio.’”
​​
​​Another key factor in the band’s evolution is producer Chris Peck, who mixed On Tap and handled both production and mixing duties on 99 in October. “Chris’s sonic palette is very contemporary, and when he shared the On Tap mixes, everyone’s ears perked up. So with ‘99 In October’ we fully leaned in,” said guitarist Alden Harris McCoy.
​​
​​At times, Peck’s role became almost like an invisible 6th member of the band. On “Shouldn’t Have To Ask Me Why” he ran the song’s bluesy guitar riff through a Roland Space Echo, sending the sound into the echo chamber and back out again in real-time as Harris McCoy played next to him. The final result was described by Bandcamp as “a tense & coiled bit of brass-ornamented rock that snaps & lunges without warning.” “Let’s Go Walking in the Moonlight” was infused with reverb-laden falsetto harmonies and chiming piano, lending an unexpected backdrop to a song that’s eager to unseat “Moondance” as the first dance at your cousin’s wedding. Peck also encouraged the band to take big risks, like taking “The Good Stuff” from an up-tempo party anthem straight out of the Springsteen playbook and turning it into a meditative campfire sing along. The resulting rendition became the band’s acoustic encore and a moment of intimate connection that fans fondly reminisced about on social media upon the song’s release.
​​
​​“Maybe it’s the fact that we started as a bar band and are used to playing three hours a night, but we’ve never really settled into one lane, or felt like we should,” bassist Michael Harlen added. “Between that and being a five-way collaboration where we all write and sing lead, it only feels right to explore everything that interests us, without bending to the close-minded rigidness of genre. This EP feels like a real step forward for us, where we took a lot of risks and wound up with something original and thrilling. It has us all very excited about what’s next.”
​​
​​“The Rad Trads are the pizza of bands. You’re always in the mood for it,”
​​- Rachael Price (Lake Street Dive)
​​
​​“Their live performances can turn into a Saturday night church meeting, fueled by the fact that all five of them can sing. You’re gonna love these guys.”
​​— KUTX 98.9, Austin
​​
​​“The Rad Trads perform music that’s a confluence of excellent musicianship, deft writing, and one wicked sense of humor.”
​​— PopMatters
​​
​​“Genre-defying, entertaining-for-everyone…these guys seem like they can do whatever they put their minds to.”
​​— MAGNET Magazine
​​
​​“In a world where cynicism and cleverness litter the musical landscape, The Rad Trads offer a refreshing antidote. At a time when rock-and-roll music has little representation in pop, they offer a kind of upbeat swagger, devoid of the typical toxic dick-swinging. Their unique brand of sincere, lighthearted, and unpretentious music is just what the doctor ordered.”
​​- Chris Peck (Christopher Paul Stelling, Michelle Wake)
​​
​​“A funky kiss-off track with a killer guitar solo and plenty of horns.”
​​— American Songwriter on “Good Luck Unto Ya”
​​
​​”The Rad Trads are an extremely versatile band, united in their stylistic diversity but an unwavering commitment to feel-good grooves and timeless melodies.”
​​— Bridget Kearney (Lake Street Dive)
​​
​​“With a killer driving groove, New York soul rebels The Rad Trads truly show how tight they are as an ensemble while having fun at the same time.”
​​— Paste Magazine
​​
​​“Catchy, old school, and very New York at their heart.”
​​— WFUV 90.7, New York
​​
​​
​​We want to hear from you! Please email Tera@BringinitBackwards.com
​​ 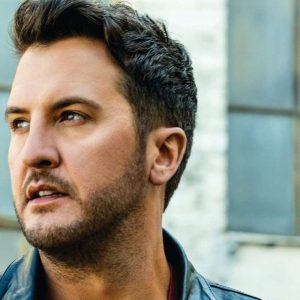 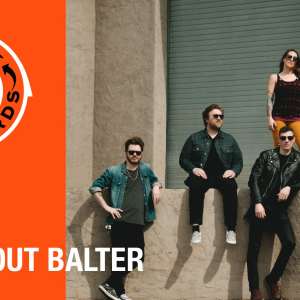