Together with American Songwriter, we had the pleasure of interviewing Sam Nelson Harris of X Ambassadors over Zoom video!

A detailed meditation on longing and regret, “skip.that.party” spotlights the sensitive yet incisive songwriting that McRae’s previously shown on tracks like her unforgettable 2020 single “Wolves.” As she and X Ambassadors lead singer Sam Nelson Harris trade off vocals, “skip.that.party” takes on an undeniable and immersive power, sharply contrasting its understated beauty.

As with all of the artists featured on (Eg), X Ambassadors approached McRae out of deep admiration for her one-of-a-kind artistry. “My wife showed me ‘Wolves,’ and I was immediately devastated by how good it is,” says Harris. “I hit Jensen up on Instagram and asked if we could write together, and everything took off from there. It blows my mind that more people don’t know about her or any of the other artists on the project, and I’m so excited to share their music with our fans.”

“skip.that.party” arrives as the follow-up to “ultraviolet.tragedies” by X Ambassadors with Terrell Hines, the euphoric yet explosive lead single from (Eg). Also featuring a collaboration with Earl St. Clair, (Eg) is a natural progression for the hyper-creative band, whose output includes producing and writing for global superstars like Rihanna and working extensively with Lizzo on her massively successful 2019 album Cuz I Love You (including co-writing and producing tracks like “Jerome,” winner of Best Traditional R&B Performance at the 62nd Annual GRAMMY® Awards).

Like “ultraviolet.tragedies,” “skip.that.party” is accompanied by a documentary-style visual that breaks convention by integrating elements of commentary and off-the-cuff conversation. To that end, the “skip.that.party” video finds Harris and McRae remotely discussing such topics as poetic realism, the struggle for presence in chaotic times, and McRae’s experience growing up caught between the wild glamour of Los Angeles and the utter boredom of the suburbs.

(Eg) came to life as X Ambassadors completed their third full-length effort, due out later this year. According to Harris, the project has already had an indelible impact on their evolution as creators. “All the artists we’ve worked with on (Eg) have reminded me how important it is to make what you love and not think twice about it,” he says. “When people hear the project, I hope they come away with that same sense of freedom, and also just feel the pure joy that comes from the art of collaboration.”

X Ambassadors made their full-length debut with VHS, a 2015 release that saw the band transition from Ithaca alt-rockers and Brooklyn-indie-scene outsiders to Billboard stalwarts. Now certified platinum, VHS provided an intimate look at Sam Nelson Harris and his brother Casey Harris’s youth, delivering the genre-defying hits “Unsteady” and “Renegades” and leading to a three-year global touring odyssey as well as a string of high-profile festival performances. VHS was followed by X Ambassadors’ 2019 sophomore album ORION, which they supported with an extensive headline tour of the U.S. A project inspired by ’60s and ’70s soul and R&B, the band’s Belong EP arrived in March 202 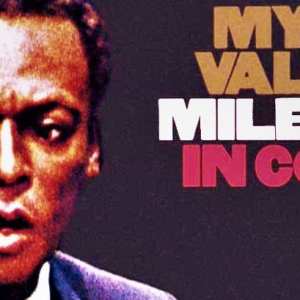 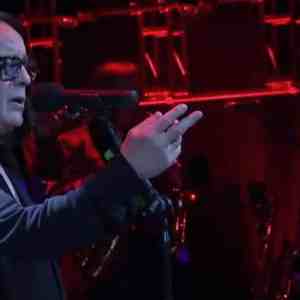