Together with American Songwriter, we had the pleasure of interviewing Brett Detar of The Juliana Theory over Zoom audio!

The Juliana Theory have returned with new song and video “Can’t Go Home” – their first new music in over 15 years.

“I think people are feeling uncertain right now,” said songwriter and vocalist Brett Detar. “I’d say that it’s pretty impossible not to feel that way. As humans I imagine we’ve always innately known that there’s no way to turn back the hands of time to simpler days but 2020 has fed us all an uncomfortably large dose of unfamiliarity – ‘wayward stranger days.’ Is this uncertainty a new normal? I’m not sure but I’ve always used music as a coping mechanism and I think this year I’ve needed it more than at any other point in my life. Many of us are feeling isolated and removed. Joyous collective experiences like live music shows are gone for the foreseeable future along with many of the other communal ways we come together as humans. Longing for that cathartic sense of collective unity one only gets from a gathering of people, we tried our best to capture the sound and feeling of a large group of people singing a simple melody together in unison in the chorus.”

“Making new Juliana Theory music was not really something I thought would ever happen again. If you had asked me 5 or 6 years ago if the band would ever make new music I would have emphatically said ‘no,’” Detar continues. “But in 2019 lead guitarist and founding member Josh Fiedler and I were asked out of the blue to do a 30-show acoustic tour playing our old songs in a way we never had before.” Thanks to good timing in between films (Detar is now an accomplished composer for film including The Devil Inside and Brahms: The Boy II), the duo, who met in a high school guitar class, decided to give the acoustic tour a shot even though their closeness had waned over the band’s hiatus. “Much to my delight the tour ended up being one of the most enjoyable things either of us had done in years. We truly had a great time hanging out and performing together and got along perfectly. If anything, I’d say the time we shared gave us each a new-found respect for one another both as musicians and more importantly as humans. Continuing to make music together after the tour ended just felt right – almost like coming home in a way.”

The Juliana Theory rose through Western Pennsylvania’s post-hardcore scene of the late 90s and early 00s and went on to become one of the most highly cited influences for the next generation of alternative artists. Always willing to push the boundaries, the band unabashedly mixed their punk rock and pop influences into a sound well ahead of their time. “It’s truly an honor to be a part of the team as The Juliana Theory write their next chapter,” Equal Vision’s Dan Sandshaw said. “‘Can’t Go Home’ feels modern, yet somehow familiar. This is such an important song for the soundtrack of 2020.”

“Can’t Go Home” is written by Brett Detar and long-time collaborator Benjamin Romans (LP, Carly Rae Jepsen) and co-produced by Courtney Ballard (Jessie J), Benjamin Romans, and Brett Detar and marks a new era for the band. “The Juliana Theory never did shy away from changing our sonic identity from release to release but the emotional core of our songs has always remained the same. At no point have we ever wanted to repeat ourselves and retread the same worn out territory and try and fail at recreating a past era of the band,” said Detar. “I like to think this is exactly what The Juliana Theory in 2020 should sound like.” 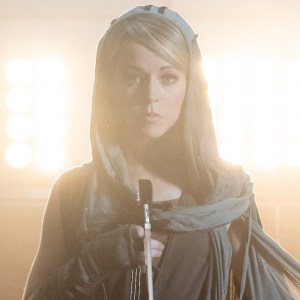 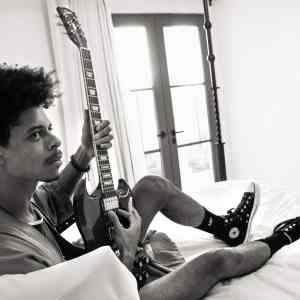