Madison, Wisconsin-born rapper Brother Ali lives in Istanbul, Turkey. When asked, the acclaimed musician and lyricist said there are a number of reasons for his transition from where he and his wife were living in the Twin Cities region of Minnesota to the historic city in the Mediterranean, from religious to financial to personal.

Both Ali and his wife are Muslim converts and she had visited the region in 2014 to study. Upon her return, she predicted that they’d one day find themselves there but they thought it would be around retirement age. Yet, the shift happened more recently due to the COVID-19 pandemic and the restrictions it put on Ali’s career as a touring musician. They began to rethink what life could be. So, they moved. The new surroundings have given Ali the first occasion in his life to think about who he was and what he wanted from a longer-term perspective, which has both contributed to new music he released recently—like his new Brother Minutester record—and to the way he thinks about his place in the world.

“We went from really struggling,” Ali says, “to having a really nice life here.”

Living in any city in America isn’t easy. Whether that means high rent or the general tensions that arise from people living on top of each other, mixed with the country’s increased polarization, life can be difficult in places like Minneapolis or Seattle (two locales Ali has lived in the United States before his move). In Istanbul, Ali says, he studies his religion and is learning Arabic. He has a personal trainer. But it’s not all easy, either. He doesn’t speak Turkish and his linguistic, oral “superpower” is muted living in a foreign nation.

“I’ve always respected immigrants,” Ali says, “but I think I have a greater understanding now.”

The pandemic affected every human being on earth. Ali says a number of his friendships have shifted, even went inactive. The 44-year-old artist began to focus more closely on his family. It’s the type of reaction many have had during the past two years. Life has seemingly shrunk. For Ali, despite his personal and artistic popularity, his focus has largely always been on those who feel genuine affection for him. Ali was born albino, which has given him his own unique perspective on life, even before growing up poor. As a young kid, his mother would sing around the house, playing guitar and cooing the words of Cat Stevens and Dion Warwick.

“I loved music,” Ali says, “but then when I was in elementary school, I would say my life was formed by the fact that I’m albino. I lived in little towns in the Midwest, and I felt very ostracized, except for the small black communities in those schools.”

Ali heard what he believed were the essential elements to his life and perspective in Black music, from the blues to hip hop. It was the songs that came from these genres that gave him space to listen to and offer the truth. All Ali has wanted, he says, was to have the freedom to talk about what matters to him. His music has always been autobiographical, vulnerable. This is what he heard in soul music, R&B and rap early on, too. And then there was the flip side, the space in rap and other genres that helped to grow it, that allows the speaker to be braggadocios. Artistic excellence for the sake of it.

The first time Ali may have felt understood came when he was 14. It was 1990 and one of the most significant rappers in the history of the genre, KRS-ONE, was on a speaking tour that began at Harvard with then-Harvard professor Dr. Cornell West. Ali visited one of the stops in the Midwest and his life changed. In Islam, he describes, Muslims believe that one’s vocation is transmitted to them from another person. As Ali looks back on it now, he feels as if KRS-ONE transmitted it to him. The esteemed rapper brought the 14-year-old Ali (then, Jason) on stage.

“So I stood there at 14 and watched my favorite rapper give a lecture,” Ali says. “He didn’t rap, not one lyric. It was a lecture about race and culture and religion and history, morals, the music business. I was like, that’s what I am. Now all these years later, it’s true.”

During the Q&A section of the event, KRS-ONE brought Ali up and signed his book. He wrote, “To Jason, unite humanity – KRS-ONE.” He told Ali to read Malcolm X’s autobiography, which he did. When Ali finished the book, he decided he would adopt the Muslim faith. As such, Ali has lived a life of philosophy and spiritual sacrifice. The path, though, along with his dedication to his art and life as a musician, has brought him important success. As a then-underground rapper, he rocketed to the top of critics’ best-of lists with his 2003 debut LP, Shadows on the Sun. He put out the album with the Rhymesayers label, known for its work with groups like Atmosphere.

“The world would never know who I was were it not for those guys,” Ali says. “There was no reason to do what they did for me. I still don’t know why they did it.” He adds, “They gave me the opportunity to figure out who I am.”

Ali’s most recent project is his Brother Minutester (pronounced, “Brother Minister”) album, which was born from an Instagram hashtag. For the work, the rapper would make simple one-minute beats and write rhymes quickly over them, creating a number of one-minute songs. The work was a hit and Ali recently put the work out on vinyl, selling out of physical copies and earning a million streams for his efforts. The music is completely born from the pandemic and isolation and even an increased engagement with fans digitally. Yet, it’s excellent art too. As he looks to the future, there are some shows coming up, including gigs in Washington State and California. But touring, if you’re a Muslim rapper who lives in Turkey and travels all over the world and criticizes certain political policies, can be hard at times.

“I’ve talked about it the song, ‘Uncle Usi Taught Me,’” Ali says. “About having 4-S [SSSS], which is the highest security rating they can give you before the no-fly list.”

Ali has experienced this before, many times. You can’t check-in online, there are extra searches, conversations, people can get on the airplane to question you, they can pull you off the plane and make you miss your flight. In fact, Ali tells the story of some officers intentionally getting him to miss his flight home after he’d expressed his need to get home on time to meet his family. Ever since his video for his song, “Uncle Sam Goddamn,” earned millions of views on YouTube he’s been enduring these.

“But, again,” he says. “All my heroes live like that. It goes with the territory.” He adds, “You know, life insurance doesn’t kick in if you go to prison unjustly.”

Yet, even from the beginning, Ali has always wanted to live and work for the chance to be heard, to write and speak what’s in his heart, the honesty he can’t deny even if he’d wanted to. To share that truth with a group of people, from 50 to 50,000, is the gift, he says. For Ali, an albino Muslim man who grew up in Black spaces, largely in poverty, who has been a performing musician for over two decades, was born in the Midwest and now lives in Istanbul—there is truly no one like him. Many might mourn that loneliness. He uses it as an advantage.

“There are certain people that you just have a shared experience with based on the world of meaning,” Ali says. “There’s nothing material about it.” 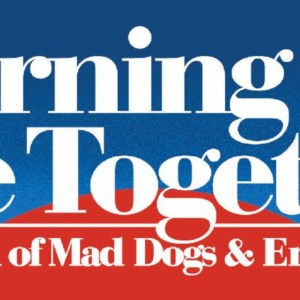 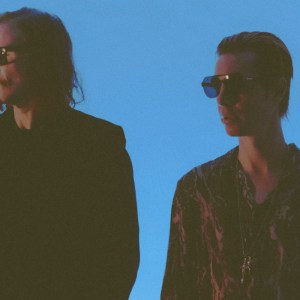