The rock scene especially in Hollywood, can be brutal, but it can also be life-changing if you find the right people. Budderside vocalist Patrick Stone did more than that- joining Motorhead’s road crew, then navigating sobriety and all while writing compelling and innovative music that was worthy enough for the late Lemmy Kilmister himself to sign off on.

Motorhead may have given Stone a way into the close-knit and exclusive Hollywood rock scene, before signing his band to Motorhead’s label Silver Lining, but Stone’s discipline and musical mentality is the dominating factor in Budderside’s success. Budderside is more than just a typical Hollywood, sleaze band. They have effortlessly aligned jazz, funk and pop influences with their rock persona that lends to interesting chord progressions and key changes in songs like “Zen” off their forthcoming sophomore release, Spiritual Violence, produced by celebrated rock producer Jay Baumgardner. But off all the characteristics they blend into their band presentation, integrity is of the upmost importance.  And it was the most vital lesson Stone learned from Motorhead.

“They wake up as those people, they go to sleep as those people, they lived and they died as those people,” Stone said about Motorhead’s own integrity. “I was just always blown away from the very beginning, about how real and down to earth, they were. I just couldn’t believe how friendly they were to every single person that they came in contact with. Although if you crossed them that was it. But I think the main thing I learned from them was integrity. Just really being true to what you’re trying to say in your music. And Lemmy- I’ve never even heard him lie, ever. I just want to live up to be to being that person.”

“I definitely am not trying to be Motorhead,” Stone said. “There’s a lot of focus on Motorhead and Lemmy when it comes to the press. But I know that he wants us to live up and beyond all of that. We just want to be given the chance to be ourselves. And that’s what he liked about us. We’re all over the spectrum and he enjoyed that.”

The varied sound in Budderside comes from a distinct difference in musical tastes among the most recent lineup of Stone, drummer Jeff Dewbray, bassist Gabe Maska and guitarists; Logan Nikolic and Sam Koltun.  And after going through the wringer with past lineup’s Stone knew he had found the right guys to complete his ingenuity and innovative rock and roll spirit.

“We’re getting a little bit more refined,” Stone said. “I’ve got this whole new revamp of the band and we have a clearer trajectory and are honing-in on the genre. The music all just sounds like one focused energy, whereas before it was so spread out. It had to be sharpened like a tool.”

“It’s really just each one of us has different heroes too,” Stone continued. “None of us are trying to make each other somebody that they’re not. We all just let one another be themselves.”

Just as each member’s music taste varies so do their habits and lifestyles.  But that is almost essential to the band’s dynamic and a facet Stone as a sober member does not seek to change or force upon anyone.  Though Stone was ready to see what else was out there after being entangled in drugs and addiction for some time. And it led to songs like “Zen,” that elaborate on what was one of the better phases of his life. He had everything he dreamed of with his band and he no longer had to directly live the songs he was writing. Instead, he found inspiration listening to stories from those closest to him, still enthralled in chaos.

“I like when I can read a lyric back and it triggers kind of pictures or memories,” Stone said about ‘Zen.’ “The song was actually completely inspired by a girl I was hanging out with a lot, becoming really close friends with. She had a very traumatic past. I couldn’t believe this woman’s story. And she was this cunning, silver tongued girl. She would just whip out these phrases that I’d never heard before. And a lot of them just stuck in my head.”

“And personally, at the time I was writing that song I was in complete bliss, my life was perfect,” Stone continued. “We were with this big producer and in this million-dollar studio every day. It looked like the whole future was just opening up in front of me. So, I was in a complete state of Zen. But it enabled me to look into others and see the chaos and how it’s hard for people to find that (zen). So, the words just started kind of drizzling off my lips and coming from the sky.”

Just as “Zen” focused on Stone’s sober rebirth and new mentality, there were songs like “Things We Do” that got their beginnings before Stone’s sobriety. The song eventually got revamped and completed for Spiritual Violence, but the concept was one from a once high mind. But Stone’s vision for the song’s potential transcended any state of mind.

“I was a wild person sometimes,” Stone said about his former days. “And I was that guy that you would sit on the couch next to and just wanted to get away from, because he didn’t make sense. I mean I was that out of control.”

During this time full of admitted days-long binges, Stone hunched over his beloved acoustic guitar, started to write “Things We Do,” in a room full of people who thought his ramblings were crazy, inebriated nonsense.

“We would go on benders for days and I remember telling a crowd of people at this party house that like someday there’s going to be a choir of children singing as I try to belt out the song and they all just looked at me like I was crazy.”

Fast forward a few years and Stone was doing just that with producer Jay Baumgardner at NRG studios, completing the song with a new perspective. And it is now one of Stone’s most valued and resonating songs from Spiritual Violence.

“I always felt like we were all doing each other wrong every time we handed somebody a joint, or a syringe, or a beer even,” Stone said. “Anytime you’re enabling somebody you could possibly be doing them wrong and sometimes that leads people to a tragic end. I wrote ‘Things We Do’ surrounding that sentiment. And I feel a little bit vulnerable when we play that song. It just opens you up and all of a sudden, I feel like I’m pouring my heart out. It sounds so good and people react to it very strongly. It’s one of the songs that I initially wanted to do a video for and make a single. So, we’ll have to see what happens.”

While Stone keeps his hopes up for a video for “Things We Do” Budderside will be releasing another single titled “Pardon Me” on Christmas Eve. The group will be performing the song live and streaming it via Whisky A-Go-Go and Rainbow- one of Lemmy’s most frequented hangouts before he passed. As a kind of tribute to Lemmy, debuting on his actual birthday, the song brings Budderside’s undying and fierce stance on integrity full circle, paving the way for further songs that are sure to escalate the rising band into the highest folds of rock and roll.

The newest rebirth of Budderside will commence with the release of Spiritual Violence on March 26. Details for the livestream on Christmas Eve are here. 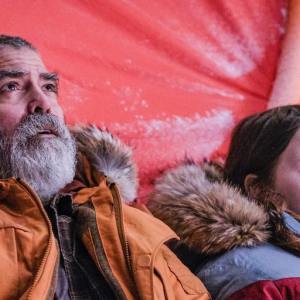 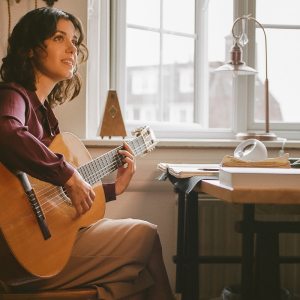