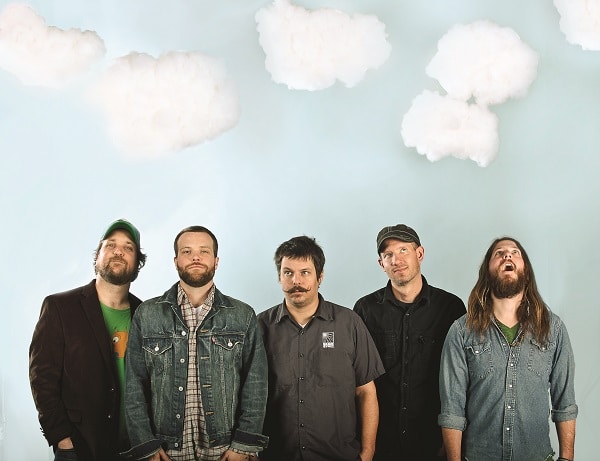 It was the smallest room the group, which formed in 2000, had played in many years – a fact not lost on the band, though it seemed clearly energized by the intimacy of the event. In August, Greensky joined Railroad Earth and The Wood Brothers for its second appearance at Colorado’s nearly 10,000-capacity Red Rocks Amphitheatre.In recent years, the band has also performed at major festivals, including Bonnaroo, Austin City Limits Festival, Bumbershoot and Outside Lands.

In September, Greensky will look to add another notch to its belt when it releases its fifth studio album, If Sorrows Swim, on its own label, Big Blue Zoo. The group has been steadily growing its reputation since it snagged a last-minute spot – and then ended up winning – the Telluride Bluegrass Festival Band Competition in 2006.

Along with Railroad Earth, Colorado’s Yonder Mountain String Band and Charlottesville, Virginia’s The Infamous Stringdusters, it’s one of a group of bands whose music falls outside traditional bluegrass, incorporating elements of rock, folk and funk, appealing to a wide range of fans, especially in the jam-band world.

These bands have grown their audiences through heavy touring and do-it-yourself business practices like running their own labels. In a sense, they are similar to Phish and The Grateful Dead, bands that paved the way for a new music model outside of the typical major-label and radio paradigms.

What does the new music economy – which, in the first half of 2014, saw download sales decrease for the first time while streaming revenues increased, according to Nielsen SoundScan – mean for this rogue group of bands that are rewriting the touring playbook?

“Everything we have done to this point has been entirely in-house, including recording and releasing our albums,” says Greensky’s manager Matthew Beck, who is also the associate director of Phish’s non-profit Waterwheel Foundation. “Many of the band’s formative years happened to fall during the largest economic recession in modern history. We were able to continue to weather the storm and grow along the way because we did everything ourselves. It was really born of necessity and gave us an incredible education along the way.”

When Beck first began managing the band, in 2006, the group had never done a national tour. “They were becoming established in the Great Lakes region as more of a weekend warrior project, they had made a couple trips to the Southeast with pretty limited success, but had the beginnings of a diehard fan base brewing in Michigan,” says Beck.

For some bands, the first key to finding success on the road is developing a compelling story for fans. For Greensky, the Telluride competition provided the perfect ammunition. “It set us apart from the herd,” says Beck.

With Phish, Beck helps oversee tour greening initiatives, like using bio-fuels in its trucks and buses, sourcing its catering from local farms and working with an extensive recycling program at venue sites. He says Phish’s business model was motivational for Greensky, especially the Vermont band’s “grassroots approach of the early days, touring hard and earning fans one at a time.

“Valuing and maintaining those relationships even without a record deal or massive commercial success at radio or on the album charts was very inspirational,” he continues. “[Phish] was doing it on their own terms and that was incredibly appealing.”

In addition to a rugged touring, some bands have taken the DIY approach a step further by launching their own festivals.

Charlottesville’s Infamous Stringdusters will celebrate the fifth anniversary of their festival, The Festy Experience, in October, in their hometown; while Minnesota’s Trampled By Turtles will launch its inaugural Festival Palomino in September in Shakopee, Minnesota.

A few years ago, he says, the Stringdusters pulled back from their heavy touring schedule to assess what was working best for them. “One way to be on the road and make money is through brand partners,” says Knight, adding that the Stringdusters now have relationships with eco-minded clothing company Patagonia and Colorado-based brewery Oskar Blues, which provide tour support for the band. “These are companies that represent what the band represents.”

For innovative ways in which a touring partner can help the rest of a band’s business, look no further than the Stringdusters’ unique partnership with Oskar Blues: 60,000 copies of the group’s fifth album, Let It Go, are being distributed in the brewery’s 12-packs. 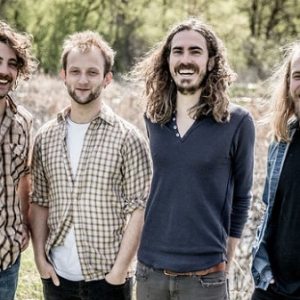 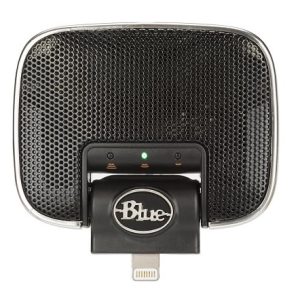