For singer/songwriters Jamie Kent, Matthew Szlachetka, Jeff Campbell and Megan Slankard, networking with each other and working their business relationships became the key to furthering their touring career. The performers all met several years ago through their relationship using the Bose L1 system and have been collaborating on shows, songs, and recordings ever since. Eventually, a tour and collaboration was the natural next step. Each show is set up in a “writers round” style, with each artist taking turns sharing a song/story, and the others all supporting with their respective instruments and voices.

The tour kicked off in Boston last week and is working its way through New York, Pennsylvania, Indiana and Wisconsin before winding up in Nashville.

How did each of you meet? Was it in person at shows or through the Internet?

JEFF CAMPBELL: Meg and I have known each other since around 2008 and met through the San Francisco scene. Jamie and Matt were both guys we knew of from touring (had no idea they knew each other so well though) and when our relationship with Bose came together, turns out we all had that love in common.

MATT SZLACHETKA: I initially met Jamie Kent about 6 years ago.  We are both from Western, Mass. and coincidently studied with the same guitar teacher. I met Jeff and Megan through a venue we all play in Redding, CA called Vintage Wine Bar.  It is tied in with a bed and breakfast called Bridgehouse that normally houses the musicians who play there.  Both owners Janis Rollins Logan (Vintage Wine Bar) and Janelle Pierson (Bridgehouse) had told me about them, and it was only a matter of time before our paths crossed and we became good friends.

MEGAN SLANKARD:  Jeff and I met when each of our bands played on the same bill at a San Francisco venue one summer several years ago. I thought he was a bad-ass until he asked to borrow my capo and “forgot” to return it. We quickly became friends through the SF music scene and eventually met Jamie and Matt at other venues scattered around Calif. I did not lend them capos.

JAMIE KENT: Typically we just say prison, but I guess I should probably be honest here…. Matthew and I actually met about 6 years ago through a mutual guitar teacher. We started trading shows, crashing on each other’s couches, and before we knew it, had written over a dozen tunes together. Bose then actually brought the rest of us together at a SXSW showcase on a Riverboat a couple of years back. We’ve been finding excuses to play and write together as much as possible ever since. It’s amazing how much of a family the Bose team and artists have become over the past few years; I feel immensely lucky to be a part of it and help blaze the trail for other artists and their live music program.

Tell us a little about your music and songwriting process.

JC: My songs are influenced by my favorite ‘90s/early 2000’s indie rock bands. More recently, they’ve been more acoustic based, but it’s still the same feel. My writing process is different from song to song. There are always lots of ideas floating around, and the ones that I can’t get out of my head are usually the ones that stick and become songs.

MS: I write and perform Rock-N-Roll/Americana style music.  It’s what I grew up listening to and is what is in my heart when I write.  Most people compare my music to the likes of Tom Petty, Jackson Browne, Ryan Adams, Dawes and Jason Isbell.  My writing process doesn’t have one set way.  What I normally do is compile ideas, whether it’s a lyric, melody, riff or chord progression. I’ve learned to immediately save it as a voice memo so I don’t forget anything.  Once I have some time I sit down and try to hash out what hits me hardest first.  The same goes when I do co-writes; I play the other person a bunch of ideas and whichever sketch we both like, we usually tackle that one first. When I write with someone, the song usually comes out of a conversation/catch-up time before we delve into the writing process.

MEGAN SLANKARD: I sometimes think my music is like a painting of Dorian Gray in the attic: bright and sunny exterior, a little dark and twisted on the inside. I love trying on different shoes and hats when it comes to writing, and I frequently find my imagination is much more exciting than trying to spice up bits and pieces out of my memories. My favorite thing to do is sit at my desk and noodle around on one of the guitars hanging on the wall around me. When I find myself wandering down an inspiring path, I try to get lost (ignoring reality and the hundreds of “to do’s” that are tugging on my sleeve). I love to open up Pro-Tools and watch the ideas grow from little acoustic ditties to 30-track demos. Then I email songs to my band and cross my fingers.

JK: As a performer my music’s been described as both “Americana Rock” and “Country Soul”. Basically it lives somewhere in the world of Tom Petty, Bruce Springsteen, Kings of Leon, etc. I live in Nashville, so as a writer I really think there isn’t a better place to be in the world. After moving here from Northampton, Mass., I quickly became a huge fan of co-writing. I think it really takes “writers block” out of the equation, and we’re then able to push each other to levels that we might not normally reach on our own. I spend about 200+ days a year on the road playing shows around the country, but I don’t typically do a lot of writing there. I use my experience on the road to keep my writing ears open and catalogue all sorts of ideas for new tunes. I bring them back home and then use those little seeds as starting points for writing sessions back in Nashville.

The Bose system brings out the rawness and pureness of a vocal and instrument. It’s hard to hide from how you sound. Have you found this to be true when using the setup? Does it help your performance?

JC: Yup. It’s a pretty revealing technology. Sounds about as clear and real as you can hope for from a live sound system. Best thing about it to me is that it sounds the same no matter where you are in the room, be it right next to it, in the back or off to the side, so I know that what I’m hearing onstage is what the crowd is hearing too. And that’s saying nothing about the convenience of the L-1.

MS: The thing that I love most about the BOSE L-1 system is that it really helps me stay in the “living room” vibe, meaning that it allows me to have a level of intimacy with an audience where I can bring them into my world and connect with them through my songs and stories from the road.  You are definitely correct though, because you can’t hide behind the system; it projects who you are as a performer.  Being able to save all my setting on the tone match (mixing board) along with the easy and quick set up time for an L-1 system helps me focus more on my performance rather than spending excessive time on the set up process.

MEGAN SLANKARD: I love the BOSE L1 system. It’s beautiful and clear as a bell. It makes performances so much more intimate: when I use it, I sound like me. There is no hiding behind dirty sound and muddy vocals, so it makes me bring my best to the stage every time. It also works incredibly well for touring; it doesn’t take up a lot of space and, in those frequent cases of having a short time to get to a venue a long way away, the systems are incredibly easy and quick to set up and put away.

JK: As a songwriter the Bose L-1 system is the perfect amplifier of what we do. The system brings a purity and rawness to every performance, and I think our fans can always hear and appreciate that musically. Even beyond that, the clarity of the Bose system really helps to convey those lyrics that we’ve poured so much of ourselves into. Also practically speaking, it’s easy to pack in a van and allows us to control the quality of our sound regardless of the venue; as someone that play 200+ shows a year, that’s huge.

Are there any venues you are looking forward to performing in this intimate ‘writers round’ format?

JC: Absolutely. The Bluebird is where the writers’ round was born so that’s the ultimate venue. Super pumped about that one. And Rockwood Music Hall in NYC is one of my favorite rooms in the country. Uncommon Ground in Chicago and Burlap and Bean just outside of Philly are also fantastic places to play. The Mile of Music Fest in Wis. is gonna be fun too.

MS: There are a few actually!  First, I can’t wait to play the Mile Of Music Festival in Appleton, Wis.  We’re doing 4 days of shows there and from what I experienced by playing at the East West Music Fest in DePere, Wis., which is the sister music festival, I was absolutely blown away by the energy and attentiveness of the audiences in Wisconsin.

Second, I can’t wait to get back to The Bluebird Café!  As a songwriter, my main goal is to always connect with my audiences, and The Bluebird is one of the ultimate venues where this scenario is their main focus.  I had the opportunity to play there this past June, and it was an honor and something I will never forget. Third, I’m really looking forward to playing The Listening Room in Nashville, Tenn.  I’ve heard nothing but good things about this venue.

MEGAN SLANKARD: I love playing, so I pretty much look forward to every show we’ll have together. Additionally, this will be the first time performing at the Bluebird Cafe in Nashville, Tenn. So my heart is a-thumping a bit for that one. My only regret is that this particular tour isn’t a bit longer.

JK: The Bluebird has become one of my favorite venues in the world, and as the only one from Nashville on this tour, I’m pretty damn excited to host these guys in the room where this format was basically created.  At the same time, the “writers round” format really doesn’t exist in any major way outside of Nashville, so I feel a lot of pride in being able to expose some of the northern areas to just how magical it can be. 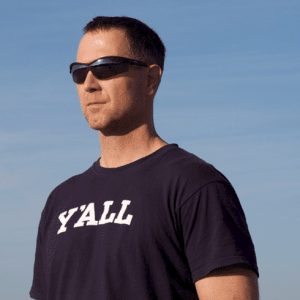 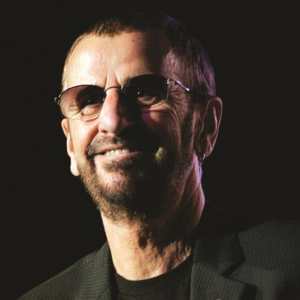