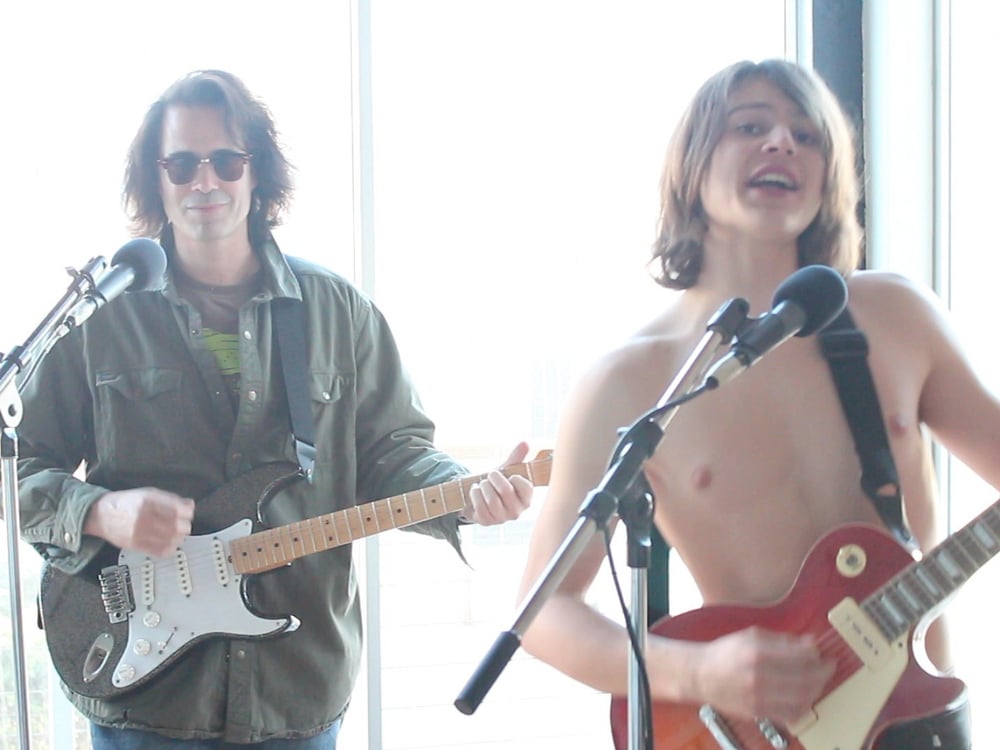 What would Sigmund Freud say about a father and son being in the same rock and roll band? I can’t speculate about other outfits, but if the group was The Cages, he might be moved to say ‘bitchin’!’ In German, of course. The rest of you, who are about to hear these very hip, longhaired surfer-type dudes, are bound to come up with your own superlatives, regarding their debut e.p., Being Careful, which comes out in February. But, I’m just guessing, you are bound to throw around words like ‘melodic,’ ‘sardonic,’ ‘lyrical’ and ‘satirical.’ In fact, dad Clayton Cages and his son, Sebastian, are the darkest, snarkiest, most insightful Southern California duo to hit the airwaves since the late, lamented David and David.

We have an unusual institution to thank for this sublime Alternative band, which mixes everything from Folk-Rock toThe Beach Boys, Zeppelin to Lynyrd Skynyrd. An institution that doesn’t get nearly enough props: Higher Education.

“Sebastian is a smart kid,” says his dad. “But by the time he got to junior high, it was pretty clear he wasn’t a very focused student. He just wasn’t into it. So, I thought, If he isn’t going to go to college, he needs some direction, so he can do something meaningful with his life.”

“It was during that dire era of Justin Bieber’s dominance,” says Sebastian Cages, a smart, cheeky, 23 year old, who judging from his appearance in the group’s video, “Flies Flirts Floats” (which debuts on Dec. 8th) looks like, in another era, he might’ve been a member of Molly Hatchett. “My dad basically slipped an iPod on my head full of Classic Rock, The Beatles, The Stones, you name it and I really took to it. That stuff was much more exciting and had much more substance than the Dance-Pop crap I was hearing at the time. And I still listen to those classics.”

When he and his dad are not making their own.

Being Careful is full of memorable melodies, gorgeous and unforgettable, and chockfull of brilliantly snide lyrics, which limn, shall we say, the phonier side of life.

The leadoff song, “California,” is a prime example. Set to a lovely, lacy tune and a pacific vibe, the Cages boys then proceed to use the old trick of attaching a lurid lyric to the pretty song, like a rusted can tied to the tail of a stallion. The chorus calls Cali, a place for “dreamers/Non-profits and schemers,” all set to beatific harmonies, acoustic guitars and mandolins. The effect is impressive and unsettling. It’s followed by “Flies Flirts Floats,” which sounds like the unholy alliance of Warren Zevon’s twisted, sardonic lyrics and the southern groove of Skynyrd. Every tune on this e.p. (there’s a full-length album coming in February) digs deep into the psyche and stays buried there.

“Pretty much everything we cut is live,” says Clayton Cages. “We were really inspired during this whole last year. We wrote about 40 songs back-to-back, came up with arrangements and then had our various friends (like drummer Pete Thomas of The Attractions) come in and record. Most everything you hear is the way we cut it.”

Also, The Cages haven’t exactly gone Hollywood, but they do seem Broadway bound. At least one of their tunes is. New York City’s hottest underground play, about doomed young painter Jean-Michel Basquiat and his mentor (entitled Collaboration: Warhol & Basquiat), features a song by the duo, and the play is being whispered about as the Next Big Thing.

“We’ve got our work cut out for us,” says Clayton Cages. “We start touring on December 8th and have to pick one of the labels that is courting us, but those are pretty good problems to have. This thing, our band, man, is a done deal,” says the upbeat, clearly-confident elder Cages.

He sounds so sensible, success for The Cages seems so inevitable, that you can’t help but believe him. The whole scenario is that clear, that unambiguous, that simple. After all, as even Freud once said, Sometimes a pipe is just a pipe. 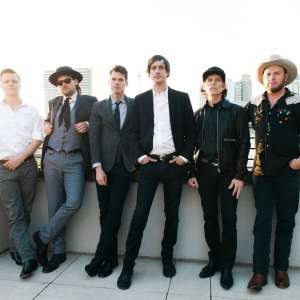 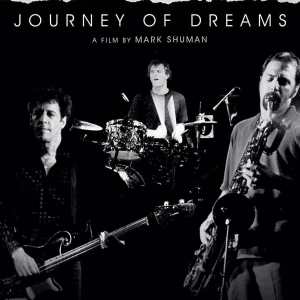