After over a decade in the United States Air Force, country rocker Ryan Daniel decided to continue to pursue the passion that had been part of his life as a performer in the USAF’s elite musical touring group “Tops in Blue,” where he entertained people in 20 countries. In the years since, he has been successfully touring with some major acts and recording. But it’s his rural fashion statement single “Camo,” which steadily gained traction for much of 2020, that might ultimately make him one of the biggest names to have come out of the military in recent years.

“I’ve kind of been building on that song,” Daniel told American Songwriter by phone from the Nashville suburb of Hendersonville, where he was recording his next album, which will include “Camo.” “A songwriter friend of mine from high school who was on The Voice, Bransen Ireland, wrote that with James Gee, and he was looking for the right artist. He thought it would be a great tune for me and he shipped it to me, and we put our spin on it. The song fit me perfect. We made some changes to some lines where we talk about a trip in the Air Force overseas, wearing camo. They offered me songwriter credits on it, but I didn’t want to do that. We tailored it to me, but the meat of the song was already there.”

The song was produced by 3 Doors Down guitarist Chet Roberts. It recently won five major accolades from the Radio Music Awards, which recognizes independent singers and bands worldwide for their accomplishments in receiving terrestrial, satellite and/or internet radio airplay for their music, ​in spite of not being signed to a major record label.

Daniel said he knew the song was made for him, but he didn’t necessarily expect the success it’s had. “It’s just me, I’m just a good ol’ boy, and the fans just loved it,” he said. “Obviously the biggest song of my career so far. We’re having a great time working on the new album called Y’all Ain’t Ready For This right now, and I think the fans are really gonna love it, because if they loved ‘Camo,’ they’re gonna love this album. My lead guitarist Brandon Blackburn and Chet Roberts and me wrote almost this whole album. We’ve got Greg Upchurch, who plays drums for 3 Doors Down, and some guys from Craig Morgan’s band. It’s such a blessing to have such great musicians believe in me and my music.”

“We were gonna put out another single to follow ‘Camo,’” he said, “but ‘Camo’ keeps climbing, keeps doing its thing. We have another single ready, but our label has been like, ‘Hey, we don’t need to do anything right now. Unless you’re Garth Brooks or Luke Bryan or somebody, a song like ‘Camo’ would start to plateau or even lose momentum by now, but the song has been on a ridiculous trajectory with downloads and streams, it just continues to climb.’ I’m just so blessed and thankful for it.”

While Daniel is on a small label, he said that he’s been trying to build his career the way he envisions it. “I’ve been doing it my way, and I own everything,” he said. “I own my masters, my copyrights, I even own my own tour bus. It’s been neat to grind it out, to work my way up. It’s been maybe the harder way, but I didn’t compromise, haven’t changed what I believe in, haven’t burned bridges. I don’t get into the Nashville scene. We know how cutthroat the music business is anyway, and I just don’t get involved in that. I help other artists when I can and try to be kind to people. It may be because I spent 10 years in the military. I just believe in doing the right thing, and I think it’ll bring me success.”

Daniel said he can’t wait to get back to the stage and do what he tries to do best, which is give the fans a great show for their money. And unlike a lot of country front men, Daniel doesn’t strap on a guitar for his shows, but instead just wields the mic. “We all have our people we look up to, that inspire us, and for me I look to Garth Brooks as Superman,” he said. “To me, the entertainment value is just as important as the song quality. Fans pay good money to come to a concert, and I take my cues from watching Garth six different times, and how he entertains the crowd. I can play a little guitar, but I have found in my show that it hampers me, I found the guitar kind of got in my way. I put on a very energetic show, it’s pretty wild. If you don’t leave my show hoarse, I didn’t do my job.” 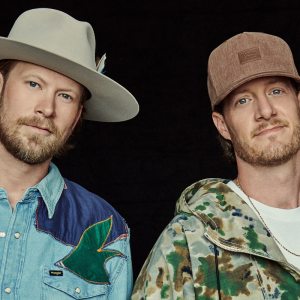 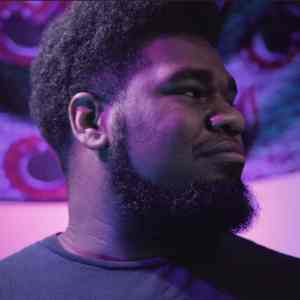