Multi-platinum-selling R&B singer-songwriter Avant, calling from his Ohio home, is reflecting on what it’s like to release his ninth studio album, Can We Fall in Love (due out on July 10 via the MO-B Entertainment/SRG ILS Group/UMG label imprint) during these contentious and uncertain times. “Right now, it’s really touchy,” he says. “It’s a lot of social issues that need to be addressed.” But, he says, he and his team decided this was still the right moment to share his work. “We said this is the perfect time to release an album just to get the tension down. You can’t have destructive music.”

With his own smooth, soulful music, “I try to deal with relationships – the positivity of a relationship, or sometimes some people need that push to get out of a relationship, too,” Avant says. It’s an approach that has worked well for him: his debut album, My Thoughts (2000) achieved platinum sales status. His next album, Ecstasy (2002), went all the way to #2 on the Billboard U.S. Top R&B/Hip-Hop Albums chart. He has gone on to become one of the most beloved current R&B stars, and is particularly noted for his hit singles “Separated” (2000), “Making Good Love” (2002), and “Read My Mind” (2003).

Avant’s last album, The VIII, came out in 2015, and he knows that fans have high expectations as he comes out of this five-year hiatus. Still, he says he didn’t feel any particular pressure as he created Can We Fall in Love, because “I let God point me in the right direction when I’m in the studio,” he says. “I might have to bang out five songs to get two out of that day. But I know that that’s the right process because when I go in with a set program, it never works for me.”

Avant credits producer Travis Sayles (who has written for and produced such artists as Justin Bieber, Ariana Grande, Macy Gray, Meghan Trainor, and many others) for helping him realize his musical vision in the studio. “That’s my man!” Avant says of Sayles. “It’s a connection that’s true. Every time I get in the studio, we do at least 20 to 25 songs – and it’s over a short time, two weeks. He’s a young man but he has an old soul. To me, the studio has a spiritual type of vibe to it if you’re in there with the right people.”

Even though Avant himself has worked as a producer, he says that he never considered self-producing this album, because “You’ve got to humble yourself and understand that you need people in the room. My father told me this a long time ago: ‘If you are the brightest crayon in your box, you need another crayon box!’” He laughs. “He broke it down simple to me.”

Another family member also played a key role in encouraging and influencing Avant’s musical talents. “My uncle, he was a local artist, but he was really good at it. I’m like, ‘Wow, he’s pretty dope! I like his vibe.’ He was a singer.” When Avant was about nine years old, “[My uncle] heard me singing one day and said, ‘You sound good.’ And for my uncle to tell me that?  I was in heaven. He set me on a path, and I didn’t stop.”

Avant says he his first real artistic breakthrough came out of a personally challenging situation: “I got my heart broken, and I wrote a poem, and it was “Separated,” [which became] my first big hit,” he says, “but it was just a poem [at first]. And my manager at the time was like, ‘Yo, man, you need to put some music to this, it’s amazing.’ I was like, ‘Nobody’s going to want to hear my heartache and pain.’ He said, ‘No, they do.’ And when I did it, that’s what made me the writer that I am today, because these are not fantasies that people are writing about, this is actually real life.”

Understanding the power of writing from the heart, Avant says, “is what made it much easier for me as a writer,” and he has become especially known for his deeply personal lyrics. He says that he has never regretting showing this vulnerable side of himself. “At the end of the day, everybody is vulnerable, though,” he says. “Everybody is.”

Once he figured out his own unique writing talents, Avant says, he was able to take a very decisive path as he navigated his way through the early days of his career. That was the reason for me signing with Magic Johnson [who owned Avant’s initial record label, Magic Johnson Music], because he said, ‘I don’t need to help you, you know exactly where you’re going.’ I was like, ‘I don’t want anybody to try to tamper my sound or try to change me and who I am as an artist.’ I always try to stay true to that.”

Even though he’s long been self-assured with his artistic identity, Avant does admit that finding new lyrical subject matter has gotten more challenging through the years, though. “The first album was basically [about] my whole life at that time, so it wasn’t really hard to pull from that,” he says, “but now, I have to create something new to feed off of to make an album.

“So I learned how to delve into other situations I might hear in the street, or I might see on TV, and say, ‘That’s something cool to write about,’” Avant continues. “These songs are real-life. It may not be personally my life, but it’s real situations.” He says it’s important to expand his scope in this way, as a artist, because. “If you just stay in that same area, you will never go forward. To open yourself up, you must look at what’s going on around you,” he says.

Now, with Can We Fall in Love, Avant is returning to the scene armed with all the experience, knowledge, and skills he has acquired over his two-decade career. Before he gets off the call, he offers some advice for artists hoping to follow in his footsteps: “For cats coming up in this, keep yourself enthused. Keep your integrity in music. Love what you do. And let it take you where it’s going to take you.” 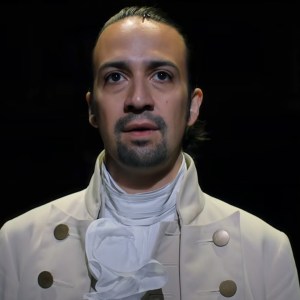 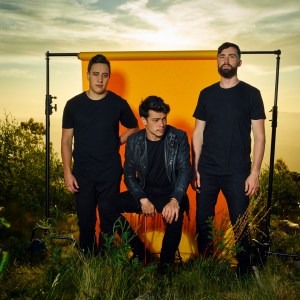