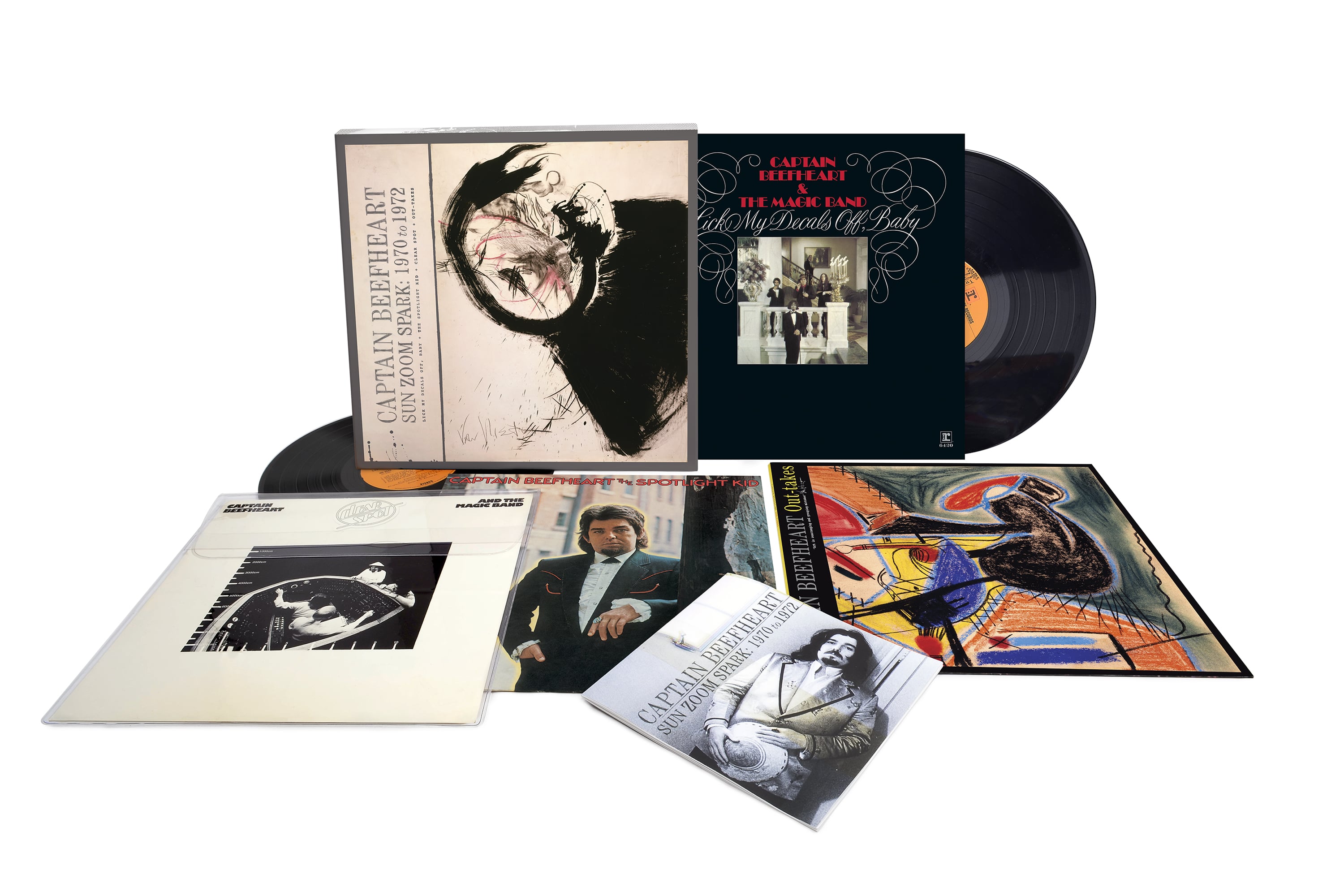 It’s hard to say which is more unlikely; the fact that Captain Beefheart’s avant-garde, often cacophonous and free-wheeling art rock was ever released on a major label or that those albums have now been re-issued in a beautifully appointed deluxe box. Either way, we can thank Frank Zappa. He rescued Beefheart from what seemed to be a life of “Diddy Wah Diddy” blues-pop obscurity into modified cult stardom with 1969’s sprawling, Trout Mask Replica, an album that continues to challenge and inspire all those dedicated enough to plow through its diverse, nearly indecipherable angles.

What followed that artistic line-in-the-sand were the three discs; 1970’s Lick My Decals Off Baby, The Spotlight Kid and Clear Spot (both from ’72), now reissued in cleanly remastered versions with mini reproductions of their original sleeves right down to the clear plastic that once housed the vinyl version of the latter. A fourth platter of outtakes/alternate takes and instrumental versions from these sessions, along with a 20 page book of sharply observed essays, interviews with ex-band members and in-depth song discussions makes this a must for diehard (is there any other kind?) Beefheart fans. It caps a short but remarkably influential segment of the idiosyncratic American songwriter’s career.

The trilogy finds Beefheart shifting from the dense, oblique, freewheeling and often abrasive jazz/rock/blues/classical idiom he explores on Lick My Decals…–basically a slightly refined version of what he was after on Trout Mask…–to a comparatively more crossover, palatable sound displayed on Spotlight and the Ted Templeman (Doobie Brothers, Van Halen) produced Spot. Still, even the more digestible selections from this essential 51 track collection are not for the squeamish. There are a few exceptions–“Too Much Time” from Clear Spot,  the most accessible disc, is a full blown soul tune, with horns and backing vocals that could have received R&B radio play—but generally it takes a few spins and a wide open mind to appreciate his methodology.  Through it all, Beefheart’s skewed sense of humor on highlights such as “Nowadays a Woman’s Gotta Hit a Man” and “There Ain’t No Santa Claus on the Evenin’ Stage” among others makes even his densest music approachable and, in its own way, loveable.  Even when he’s not singing/shouting offbeat poetry with his gruff four octave voice or blowing twisted, honking sax and harp, his iron-fisted direction of the ever-shifting Magic Band is obvious. To assert that no “rock” has effectively replicated Beefheart’s unique unpredictability is to acknowledge the sheer creativity on display here. At best, those who have borrowed from his seemingly bottomless bag of tricks might be described as Beefheart-inspired, itself an acknowledgement of the man’s singular, impossible to duplicate style.

Those unfamiliar with his work can use this as an entry point into the brilliantly bizarre mind and colorful offbeat stylings of one of America’s most eccentric and uncompromising artists. Once you are exposed to his talents—both aural and physical (his paintings, one of which adorns the cover, are notoriously sought after in the art world)—it’s likely you will want to further explore the difficult, edgy yet boundlessly creative riches on display in the rest of his opulent catalog. 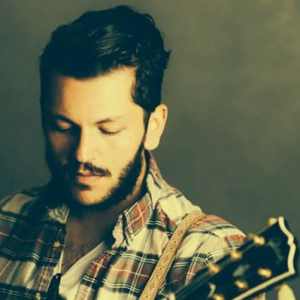 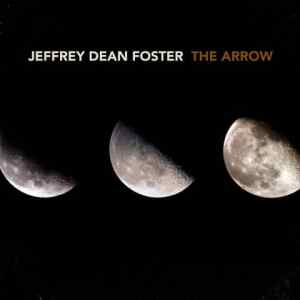