Gary Lucas isn’t exactly what one would consider a household name. That’s somewhat odd considering his resume encompasses a preternatural depth of work sprawled across a remarkable array of genres—styles spawning rock, raga, world music, jazz, folk, avant-garde, classical and electronica—all spread across some 30 albums released over the span of more than 40 years. While he’s made strides in more aesthetic circles, and his early collaborations with Captai Beefheart and Jeff Buckley brought him to the attention of diehards and devotees, his work has mostly escaped notice from the masses. It’s understandable in a way; his compositions embrace minor motifs, unusual tunings, unique chord structures and a complex array of tones and textures. Yet for those willing to take more than a perfunctory listen, Lucas’ work offers a fascinating glimpse into a musical world that allows those imaginative instincts to take spark in ways that simply seem boundless.

Thankfully then, for those that find themselves among the uninitiated, the aptly titled The Essential Gary Lucas offers an appropriate introduction, some three dozen tracks spread across two discs, with ample liner notes and a song by song dissertation to match. The first disc, titled Gods and Monsters after his band of the same name, offers ample reason to be dazzled all on its own. Taking its name from a line from the film “The Bride of Frankenstein” that declared its intents to spread its story “to a new world of gods and monsters,” the group originated as an all instrumental jazz ensemble before finding its way into equally progressive realms which incorporated melody and vocals into the musical mix. It helped Lucas reap a slew of critical kudos, among them, the title of one of the “100 Greatest Living Guitarists,” a Lifetime Achievement Award at the Barezzi Festival in Parma, Italy, and an Acker Award for Achievement in Avant Garde Music. He was also the subject of an acclaimed documentary “Gary Lucas in Havana.” These days, despite the plague of the pandemic, he maintains his visibility through a series of live streams shared every Tuesday, Thursday, and Saturday at 3pm EST on his popular Facebook page.

The music on that first disc speaks to Lucas’ dexterity, from the exotic Eastern motif that frames “Lady of Shallot” and the tangled textures of the acoustic instrumentals, “Skin Diving” and “Swamp T’ing,” to the ominous overtures shared in “Skin Diving,” the stealth-like trappings of “Evangeline,” the swagger and sprawl found in “Fata Morgana,” the absolute exhilaration of “After Strange Gods” and “Coming Clean.” Each offering begs far more than a perfunctory encounter in order tp fully grasp the depth, complexity and dexterity invested in each. Likewise, the second album, a collection titled Solo, Rarities and Collaborations, delves into sounds that are similarly obtuse, even while retaining a sense of overall fascination. A take on “All Along the Watchtower” featuring vocalist Feifei Yang is especially notable given its exotic twist on a song that ranks as a rock standard. The material that follows is equally enticing and similarly varied in its treatment, with several songs—“Got From Under,” “The Moon Represents My Heart” and “The Wall”—representing Lucas’ worldly repertoire. Other songs —“Whip Named Lash” and the ominous “Life Kills” — suggest more of a psychedelic swirl.

Taken in tandem, The Essential Gary Lucas offers a potpourri of adventurous sounds and ambitious intentions. Lucas may forego the mainstream, but he never fails to find open avenues that nurture further exploration. 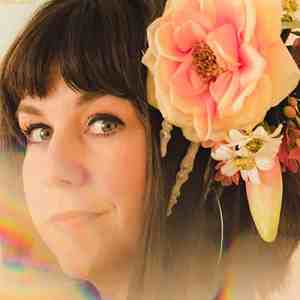 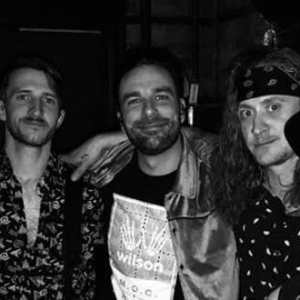